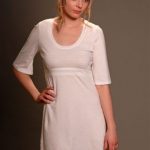 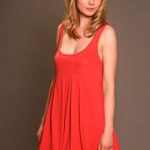 The April sun shines through the windows of Pierre Colorado’s Lincoln Park studio, but the designer’s got December on his mind. As founder and head designer of Blake Standard, a line of chic, casual knits that can be found in stores like Bloomingdale’s and Anthropologie, Colorado is constantly on the hunt for inspiration—and he recently stumbled upon a top that got him dreaming of tinsel and mistletoe. As he stands before the lace-adorned blouse—now tacked onto the holiday section of his inspiration wall—Colorado laughingly describes the garment as a “vintage who knows what.” It’s the lush, jewel-like pink of the shirt that grabs him, and the fuchsia hue will set the perfect celebratory tone for next winter’s collection.

But before carols come back on the airwaves, we’ve (hopefully) got plenty of seventy-degrees-and-sunny days to dress for, and the Blake Standard collection currently in stores has fashionable city-dwellers covered. “We make sportswear for the girl who wants to look cute all the time,” Colorado says, “whether she’s at a cocktail party or dressing casually for the weekend. All our pieces are denim-friendly, but they’re not ‘just a tee.’” Indeed, the detailing of Blake Standard knits—intricate piping, sophisticated silhouettes and buttery fabrics that Colorado produces himself—give the collection a look that’s entirely more polished than your average bumming-around gear. Take, for example, the pocketed tunic hoodie. It’s the kind of comfy-chic wardrobe staple that puts you at ease and manages to make you look good either on the plane or in the office. And because much of the spring line was inspired by trends prevalent in eveningwear (think of pleating and ruffles), some of the pieces could even dress a girl for a stylish soiree.

By the time spring 2008 rolls around, both sexes will be able to take advantage of the Chicago-based line. “The menswear will have a lot of light colors, some sailing references, and details like patches and stressing,” Colorado says, pointing to an inspiration wall that shows photos of a back-in-the-day Paul Newman. “The clothes will be for men that aren’t fussy or what I call ‘shiny’—you know,” he smiles, “the guys that wear belts with huge silver logos.” (Jennifer Berg)