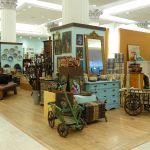 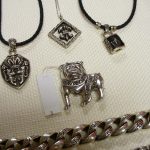 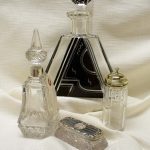 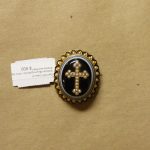 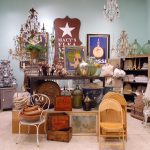 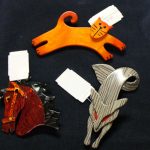 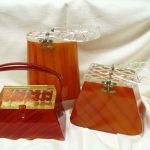 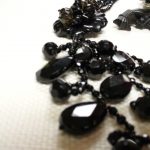 At its 2000 inception, the Marshall Field’s Flea Market was a weekend-long event. Customers had a couple days to troll through finds from European flea markets; then, it was back to Calvin Klein dinnerware and Tommy Hilfiger duvets. In 2005, the Flea Market took a hiatus, “and people asked us to bring it back!” says Meg Benson, a specialty buyer who has been with Marshall Field’s (now, obviously, Macy’s) since the start of the Flea Market. “When we thought about bringing the Flea Market back, we decided to change it from a weekend-long event to an ongoing shop,” Benson says. “But people like flea markets because there’s always fresh merchandise. So this year, we decided to roll out new collections every month.” New to the Flea Market this year is a collection of vintage jewelry and accessories, which will be introduced with a Sotheby’s auction on Friday morning (proceeds benefit the Children’s Memorial Foundation).

“We’ve had accessories before,” Benson says. “But this is the first time we’ve had such a massive collection; and one that will make such a…statement.”

Flea Market shopping took place in February, when Benson and a small crew of Macy’s buyers hopped from Paris to the South of France, then over to Northern England, Portobello Road, Amsterdam and Barcelona’s Gothic Quarter. “Every city’s so different [in terms of shopping],” she says. “We searched everything from flea markets to tiny shops in Barcelona to these antique markets in Northern England that are like little tent cities.”

In Paris, the buyers stopped by Anouschka, a famous vintage warehouse revered by set decorators and fashion designers alike. Meg says that Anouschka is “<I>The</I> place to find pops of vintage. It’s this huge building, with twelve-foot ceilings, just crammed full of vintage accessories.” So what comes first: the scouring experience or the idea for cohesive collections to show back in Chicago? “It’s all about what you find,” Benson explains. “When we got [to Anouschka], we huddled and said: ‘OK, what sells well?’ Well, we knew that people love handbags. From there, we started to magically build these stories.” The Anoushka-hunting excursion spawned three distinct handbag tales: Gucci Stripe bags, All-Over Designer Logo bags and an assortment of black-and-white pieces. While in the city of lights, the team also checked out the flea markets, where they got a decidedly un-Parisian welcome: “We always love going to Paris,” she says. “The people who work in the flea markets there know when we come by, and they’re always asking ‘Where are those Macy’s buyers?’ It’s nice to get such a warm reception.”

In Amsterdam, the group happened upon a fashionable find by accident. “We were on the hunt for modern furniture when this collection of Russian military hats just popped up. Now, they may not be perfect for summer,” she says, adding that the hats are lined in thick, make-you-boil fur. “But they were popular last winter, and that trend will continue into fall.”

There was another lucky accident in Barcelona, where the team took time to poke around little shops in the city’s Gothic Quarter. “We met a lady who hand-makes mantillas out of lace, and she also makes jewelry and brooches from vintage lace,” she says. “Down the road, we met this little guy who specializes in Spanish pottery…You have to be on the constant lookout when you’re on these trips.”
In London, the Macy’s crew popped in on one of their favorite characters, a man named Henry Gregory who runs an antique shop on Portobello Road. “He’s quite the dapper, English gent,” Benson says fondly. “He has this well-heeled shop with antique globes and cigar boxes. He told us that Ralph Lauren had just been in, picking out things [to display] in his shops.”

After a near-brush with fashion royalty, the crew came upon a most fashionable find: A visit to London jeweler Butler and Wilson (the same house that bejeweled Linda Evans and Joan Collins for their roles in “Dynasty”) uncovered men’s accessories that Benson describes as “very rock-star glam.” (Think silver link bracelets, pendants and lots of leather.)

Friday morning’s auction (see listings for more details) will feature eleven crème de la crème items from the collection, including antique pocket watches, Anouschka handbags, vintage Hermes scarves, Scottish brooches and Lucite handbags. Merchandise ranges in price from $1-$1,500, so while some items are a tad pricey, “this isn’t just a bunch of really expensive stuff,” Benson assures. “We just want everyone to come in and be delighted.” (Jennifer Berg)