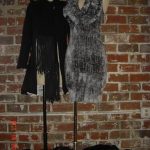 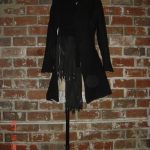 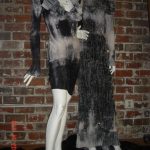 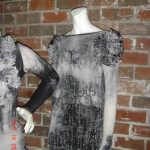 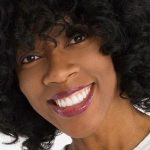 This week, millions of Americans will watch the season finale of Bravo’s “Project Runway” as three designers show collections at New York Fashion Week and vie for the top prize. Chicago native Terri Stevens will not be among the three, though she came close, getting “auf’d” in the ninth episode. But she will be back in her hometown this week (she lives and works in Columbus, Ohio as a visual merchandiser for Victoria’s Secret) when she presents her fall collection at The Silver Room, which is owned by her lifelong friend Eric Williams. “We grew up together,” Stevens says. Our families go way back.”

After growing up in south suburban Robbins, Stevens spent her adult years in Chicago, most recently the West Loop, prior to her move to Columbus just over a year ago. She learned the fashion business while working for designer Barbara Bates (“my mentor”), who also sells Stevens’ line at her South Wabash studio. Stevens now produces both her original Michael Joseph line and her more casual line, Funkinbeautiful.

She’s launching her fall collection on Saturday with the theme, “A Journey to See the Wiz.” I love ‘The Wiz,’” Stevens says. “I was watching the movie a while back and got inspired.” She promises “no scarecrows” but that fans of “The Wiz” will see “scarecrow-inspired designs with bits and pieces of lion and tin man” and recognizable “textures, fabrications and silhouettes.”

It’s not the first time Stevens has tackled lions, so to speak, since the king of the jungle led to her demise on “Project Runway,” in an episode where she was portrayed virtually devouring her assistant, ousted designer Keith Bryce. On the show, Stevens came off as a badass with the stuff to back it up and was a fan favorite to make it all the way to the finale. She was a strong designer, a very fast sewer and had a thing for pants. Even though she was portrayed with an occasional mean streak on the show, she couldn’t be friendlier on the phone. So how did “Project Runway” change her life? “I am so recognized everywhere,” she says. “People freak out and cry. It’s just reality TV, not like I put out a record or something. I’m like, really.” She adds that the show brings great opportunities, but they need to be taken with a grain of salt. So what did she think of the way she was seen on television? “I was portrayed the way I am. And I am a big personality.” (Brian Hieggelke)

Terri Stevens presents her fall collection in a fashion and trunk show, “A Journey to See The Wiz,” on October 18, 7pm-midnight, at The Silver Room, 1442 North Milwaukee. RSVP to susan@thesilverroom.com.