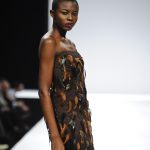 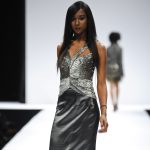 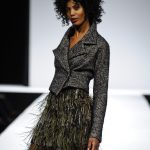 Opening night of the Democratic National Convention, and Michelle Obama is scheduled to speak. Pundits are in a tizzy: will she be able to convince middle America that she’s one of them, that she loves her country, her family and her god enough to earn their votes? By the time she’s finished, even the skeptical have been sold. She’s answered every lingering question except one: where did she get that fabulous dress?

Of course, it was already well-publicized that the would-be future First Lady was a fan of Chicago designer Maria Pinto, and that alone, given the extraordinary national obsession with all things Obama, gave a priceless boost to Chicago’s fashion culture. After all, Obama obviously had the means to buy from just about any designer she wanted; the fact that she chose Pinto as her style muse sent a clear signal that you don’t have to hail from New York to get attention. Not since Oleg Cassini helped shape the Jackie Kennedy style had a designer and (potential) First Lady been so closely connected.

At the beginning of this month, more than a thousand apparel buyers, designers, media types and all-round fashionistas each day gathered for five nights inside a tent in Millennium Park to watch runway fashion shows that comprised the cornerstone of Chicago’s four-year-old version of fashion week, called Fashion Focus Chicago. Set against the backdrop of unprecedented carnage in global financial markets, the events couldn’t avoid a bit of an “end-of-empire” air—and we’re not talking about the empire waist, which seems to be doing just fine.

Dying economy or not, there’s no denying the excitement that large-scale fashion shows bring, with their bright lights, booming beats and models strutting down runways. Spend nearly a week watching show after show and it’s hard not to feel like something’s happening here. But is it? I decided to ask the question. In addition to a lengthy conversation with Melissa Gamble, the director of fashion arts and events for the city (often described as the mayor’s “fashion czar”), I sent a short email survey to nearly 200 local boutique owners and managers, as well as thirty or so local designers, most of them past winners of the “Fresh Faces in Fashion” designation awarded by GenArt, one of the marquee events during Fashion Focus Chicago. The consensus? Progress has been made, but there is still much to be done.

“Kingsley Handbags business is booming. We attribute it to getting the word out via events like Fashion Focus where we were featured in Gen Art, trunk shows, knowing our clients personally, good media coverage and word of mouth on the street. Our clients are passionate about supporting independent designers.”—Lisa Kingsley

Of course, on a retail level, Chicago has always been a fashion center. The longstanding presence of Michigan Avenue and Oak Street, with their mix of national luxury retailers and global retailers, has long established the city as the Midwest’s shopping destination. More recently, the spread of retail culture into the city’s neighborhoods reflects a dramatic increase in the appetite for sophisticated fashion on an everyday basis for many Chicagoans. Take a walk north on Damen from Milwaukee Avenue and you’ll be hard-pressed to contend that fashion is not thriving in Chicago.

While most boutiques don’t have the sales volume to make or break a designer, they can be important allies to designers just starting to establish themselves. In many cases, like Lara Miller with p.45 and Cyndi Chan with Casa De Soul, the boutiques are like incubators, giving the designers substantial access to the sales floor and, accordingly, direct customer feedback. In some cases, the relationship is even more symbiotic. Stephanie Sack, owner of plus-size boutique Vive la Femme, houses the designer Redskew’s studio in the store’s basement.

“I was a ‘Chicago is Red Hot’ participant in 2004 and from that gained the courage to open up my shop. I personally love carrying local designers and feel like it is something tourists ask for. They want to purchase something made in the city they are visiting.”—Laura Kitsos, Gem Jewelry Boutique

Fashion is far from a monoculture; it’s actually a collection of hundreds of niches. While the contemporary couture featured in the pages of Vogue dominates the conversation, many niches thrive. Lingerie, sneakerhead-streetwear, hats and, as Sack points out, “my area of interest, plus sizes, are completely ignored in Chicago, as with everywhere else.” Not for lack of a market we suspect, though we saw just one designer using plus-size models during Fashion Focus. Add in bridal, menswear and the wide range of styles that reflect ethnic and age diversity, and you can understand the challenge in presenting the city’s fashion culture over the course of just five runway shows.

“Chicago has a lot of potential to be known for innovative and talented designers—I think part of that is because of the many schools turning out talented designers. The key is making the city a place that is nurturing to keep those young designers here.” —Annie Novotny, Frei Designs

With a few exceptions, Fashion Focus Chicago tends to serve more as a launching pad for new designers than anything else. Of course, this partly reflects the explicit mission of GenArt’s Fresh Faces show which kicks off the week and dominates the publicity, but that theme carries through the student show and, to a large extent, the Macy’s Designers of Chicago show, which gives half of its exposure to Chicago’s fashion incubator participants. This also reflects the current challenge facing Chicago as a design center: in order to establish the city as more than a place to get started before taking off for New York, the city needs a body of designers who show new collections year after year, and build a following at retail, in the press and with the public.

This is not a problem confined to fashion design, of course. Those of us in the arts know dozens and dozens of creatives in theater, art and music who did great work here but then left town for more exposure. Chicago can’t be New York, at least any time soon, and if a designer feels destined to be the next Marc Jacobs, he or she’ll inevitably decamp for one of the global fashion capitals. Those folks notwithstanding, the challenge is to create career-long opportunities for designers here. Of course, there have long been designers who have made careers here, typically with a focus on custom work at the higher end of the pricing spectrum. That’s a limited market, however, and the future certainly lies in a stronger market for ready-to-wear.

“While I still have a home in Lincoln Park, I found it necessary to also have a home in New York City to expand my reach and get closer to the epicenter of fashion. I currently spend the majority of my time in NYC and Italy and believe that to plan on the national and global stage you need have that access. Chicago has done a very nice job of creating activity and interest around fashion. I think lots of opportunities still exist to strengthen the core of fashion and create serious and meaningful advances for designers to use as launching pads.”—Women’s footwear designer and former GenArt Fresh Face Elizabeth Brady

When the mayor launched his fashion initiative, he hired Melissa Gamble into the Department of Cultural Affairs. Her role to date has been more like that of her peers dedicated to theater or culinary events, as opposed to commerce. However, she recognizes the need for more than anecdotal data in advancing the cause of apparel in Chicago, and says it’s being gathered, but to date no data is available to measure the magnitude of apparel business in Chicago, from the standpoint of design and manufacturing nor retail, either in sales volume or jobs.

While the business data is not readily available, one of the strongest elements of the city’s activity to date has been in developing support mechanisms for business development. Fashion designers typically have the constitutional makeup of artists, which is why so many of the more successful brand-name designers develop close partnerships with business mentors, like Marc Jacobs and Robert Duffy. Without a Duffy, a designer has to be both artist and entrepreneur, a rather daunting challenge. The city and private enterprise are helping in this area, through the Chicago Fashion Incubator program, the Stitches Fashion Program and through educational seminars incorporated into Fashion Focus Chicago, some produced by the Chicago Fashion Foundation.

“I am thrilled that designers are discovering the amazing opportunities that Chicago has to offer as a fashion center. Its reputation is growing internationally, and the city itself is really putting an effort to provide designers with the ability to have as successful of a career here as in other major fashion cities.” —Laura Hubka, milliner

If ever there was a moment for Chicago to stake its claim as a fashion center and cultural capital, this is it. The worldwide interest in Millennium Park, the campaign to bring the Olympics here and, of course, the native-son phenomenon that is Barack Obama, all combined with our cultural and culinary prowess, have created a growing global curiosity about all things Chicago. Now is our moment. And as they say on “Project Runway,” “In fashion, you’re either in or you’re out.” We’re in.