by Brian Hieggelke
December 30, 2008Filed under: 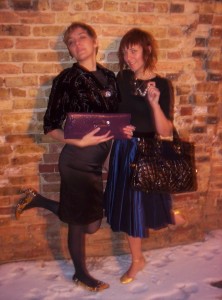 This has been a hard fiscal year. Wall Street collapsed. Many lost their jobs. With a surge of Americans wondering how to pay the rent, the question of how to buy that new pair of jeans didn’t seem quite so important. In its place, a new question emerged: what’s a fashionista to do when she can’t afford to step out in style? Thanks to exchange stores like Crossroads Trading Company, the answer is simple: she can. Crossroads and company are stepping in to ensure that although your wallet may be empty, your closet doesn’t have to be.

While the rest of the retail world is suffering, Wicker Park store manager Jessica Blythe says Crossroads is thriving like never before. In addition to their regular customer base, Blythe says the store is “seeing a lot of people who have maybe never purchased secondhand.” A newfound need for lower price tags has made the idea of brand names at a discount wildly enticing to the masses, and Blythe says most are pleasantly surprised. “We’re having them come in and realize that it’s really good,” she says. “They’re seeing things that they would love to have. Those $200 Diesel jeans that you can’t afford now… they’re gonna be $50 or less.”

First-time sellers are also on the rise. “Sometimes you have things in your closets that‘re not old, but you’re not gonna wear them again,” Blythe says. Crossroads gives you the option to sell those items for your choice of cash or store credit. “It’s easy and it’s quick!” she says. 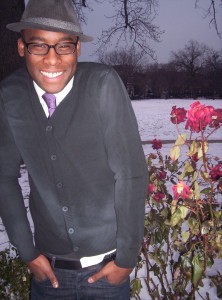 With three Chicago locales to keep fully stocked—one in Lincoln Park, one in Wicker Park and one in Evanston—Blythe says the two elements of the business are entirely co-dependant on one another. “You can’t have one without the other—they kind of go hand in hand,” she says. “We want to buy as much as we can from the customer.”

Make no mistake, though, this is not the place to drop your stained, worn five-year-old duds. Blythe is quick to point out that “secondhand” doesn’t mean necessarily mean “second rate.” “It’s not a thrift store,” she says. “We don’t just take any donation from anyone.” She isn’t kidding. Buying clothes from a potential seller isn’t exactly guesswork. “We try to take current trends and styles—things that people are wearing now. Things in the past year or two in really great condition,” Blythe says. To determine exactly which threads fit the mold, employees must be, above all, fashion savvy. “All of our employees are trained buyers,” she says. In order to compete with other exchange and retail stores alike, keeping up with the Joneses (or Marc Jacobses!) of the fashion industry isn’t an option—it’s a requirement. “It’s shopping the boutiques, it’s looking through the magazines…it’s a combination of a lot of things,” Blythe says. With a broad variety of both brands and shoppers, Blythe says buyers must also account for varying tastes. “We want to buy really great fashion for a wide range of people.”

Founded by Gerald Block and Chip Gerken in 1991, Crossroads has been on the Chicago scene for about four years. Joining local staples like Buffalo Exchange and Elliott Consignment, Blythe says Crossroads is largely distinguished by its level of excellent customer service. “We want people to stop in all the time,” she says. “We know people’s names, we have regulars. People feel really comfortable coming in, buying or selling.” 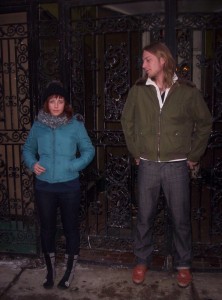 So what is Blythe buying and selling right now? “Right now we’re selling tons of boots,” she says, with an emphasis on “vintage style boots.” Winter coats are also in demand, preferably of the type with a uniquely fashionable detail, like toggle buttons. Blythe says vests are big for guys this winter, while girls are loving “longer tunic sweaters, cardigans and sweater dresses.” Both sexes, she says, are going gaga for the lumberjack look. According to Blythe, it’s all about “plaids and flannels.”