by Brian Hieggelke
January 13, 2009Filed under: 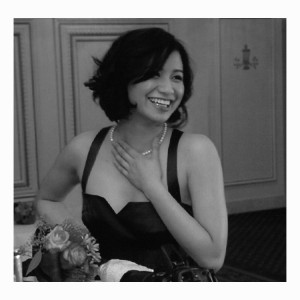 When she was 12 years old, Sophia Reyes enrolled in a sewing class. “I was kind of hesitant, but my grandmother said, ‘Oh, it will give you something to do.’ I loved it. I started taking bed sheets, making dresses, putting random things together,” she says. Reyes sewed fashions throughout her teen years.

College rolled around, and she thought she’d follow the path of her sister, who is a Chicago V.P. of Investments at Fifth Third Bank. But after interning in banking and earning a B.B.A. in finance from Loyola, Reyes decided it wasn’t for her. “I realized that fashion gave more to me than finance ever would. Having an older sister as a role model is great. But when you grow up, you realize you can’t force yourself to be someone else.”

So she enrolled at the Parsons School of Design in New York City. She took courses in drawing, sewing, textiles and costume history. The more she designed, the more she learned about what women like to wear. “Parsons pushes you to be a designer, not just an artist,” she says. “They put pressure on you to constantly push yourself, and for that I loved that school.” Reyes earned her Associate in Applied Science (AAS) on an accelerated schedule. She interned at Kenneth Cole, Twinkle by Wenlan and Mimi Turner. She worked amongst Cynthia Rowley’s six designers, and tried her hand at pattern-making and draping.

After a year of Manhattan internships, Reyes moved home to Chicago. She spent three months preparing to launch her company, Sophia Reyes. She created logos and designed a Web site. She addressed tax and vendor issues. Occasionally, she consulted with her parents, who run an apparel business featuring fashions for plus-sized women. Reyes launched her first collection in 2008. With a splash of jewel-toned, flowing fabrics for spring, she was off and running.

Reyes’ Autumn/Winter 2008 line presents fresh, edgy, attractive pieces. The Underarm Cowl is an upscale t-shirt dress with silk charmeuse sleeves. It mixes a casual silhouette with a dressier look. The rust-colored Halter Chiffon Tie dress boasts a cinched waist and flare skirt. Think futuristic space-age look, a la “The Jetsons.” The Organic Bamboo bubble dress is a multi-functional piece that comes in paprika. It can be worn as a dress or as a top over tights. For the Pencil Dress, Reyes visualized a little black dress in suiting material. “The top portion was inspired by the bridesmaid dress I created for my sister’s wedding. I took the top of that and made it classic, so you could throw a blazer over it and wear it to work. This is a very tailored piece that hugs the body,” she says.

As far as design, Reyes likes to sculpt lines and create space without adding volume. She features stylish details: a keyhole back, stylish front pin tucks, white stitching on long black sleeves. Her versatile knits pair up with heels or flats. Her elegant fabrics are fabulous for weddings or cocktail parties.

Reyes’ clothing is targeted to women aged 25-35—“chic rebels” who like classic lines, but with an edge. “I like them to be comfortable, and kind of rebellious with how they style it,” she says. “These pieces are blank canvases that you can put together. Wear whatever you wear—wear it, and just own it.”

In the 1984 movie “Reckless,” Daryl Hannah danced with rebel Aidan Quinn to “I Might Like You Better if We Slept Together.” The dress she should have worn? Perhaps Reyes’ sleeveless Convertible Cowl Dress for Spring/Summer 2009. It features skinny ruffled straps and gathered sides. The cowl can hang down from the neck, or be draped across the body. The violet color and barely-there length screams rock ‘n’ roll.

The risks taken by Sophia Reyes have begun to pay off. The 25-year-old was one of five women’s-wear designers named as Chicago’s Gen Arts Fresh Faces 2008. Lucky magazine featured one of her dresses in August. Her fashions were featured in an October Millennium Park runway show. The Stitches Fashion Program selected her as one of three designers they will mentor throughout 2009.

Reyes enjoys meeting customers at fashion events, such as her Macy’s trunk show in December. “It’s so useful to meet different people, tastes, body types,” she says. “I can really figure out how to create things people want to wear, especially with the market now.” Expect to see Reyes at future events, studying the people around her and figuring out her next fashionable design.

Sophia Reyes fashions are sold at Tangerine in Bucktown, Fuschia in Glen Ellyn and studio-808.com. Most of her catalogue is online at sophiareyes.com. 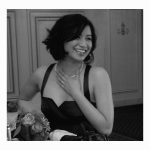