by Brian Hieggelke
March 3, 2009Filed under: 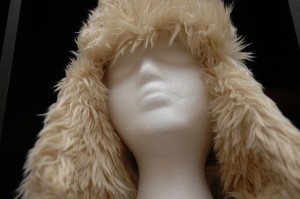 A year and a half ago, Sheri Roney opened up a business in Ukrainian Village. With “clean lines, fresh cuts and bright colors,” Roney’s clothing boutique, SoKo Fashion, was everything other stores weren’t—that was kind of the point. “We just did a lot of research [on] what customers experienced with bigger boutiques,” she says. Noting that many found shopping in such environments “intimidating,” Roney centered SoKo around customer service. Incorporating everything from the décor to the price—almost everything in the store is under $100—Roney created a shopping haven in the neighborhood that needed it most.

“There’s a lot of stores over on Milwaukee and Damen. Not a lot over on Chicago Avenue,” Roney says. “There’s a huge population over there that’s not being served… There’s thousands of women over there [that were saying] ‘Oh, it’s so nice to have something in our neighborhood!’”

Then the economy crashed. Paired with a brutal winter in 2009, Roney had to make a decision. “Christmas wasn’t so hot,” she says. “A lot of people just decided to shop online this year. Around February, it was OK, what are we going to do here? The economy was getting worse, and we had to make the decision…maybe we should just quit while we’re ahead.”

Her mind made up, Roney was set to join the ranks of stores like SHE, Hip Fit and Shop Girl—all closing their doors, all too soon. Upon launching a forty-percent-off closing sale, however, she encountered something she hadn’t been counting on—the overwhelming support of the community. When word got out that Roney was closing their doors, she says the public came out in droves. “A lot of people were coming in saying, ‘I’ll give you my phone number, you’re the one who dresses me, I don’t know what I’m going to do!’” With one customer going as far as to say she felt like she was “coming to a funeral,” the public gave Roney the Christmas she never had. Finding a new partner amidst all the support in Amanda Wood and “moving nearly all of her inventory,” Roney found her situation “completely changed”—she would be able to continue on with her business.

Ending the sale on March 1, SoKo is officially back in action. With Wood on board to handle marketing and events—Roney plans to hold one event per month in the form of fashion shows or services while shopping—Roney will continue to focus on buying the brands her customers love, like Colcci, Kenzie Girl, LA Made and BB Dakota. “It’s been amazing,” Roney says. As she said in an email to her customers, “It really does take a community to raise a business.” (Nicole Briese)

“Roney created a shopping haven in the neighborhood that needed it most.”…. how rude. this neighborhood has had style for years. placing this store on chicago ave, which i live on, in a brand new condo building that looks like a bank did NOT bring style to our neighborhood. walking up the street to division and/or around damen in bucktown is still the place to shop. don’t be lazy. walk the extra few blocks and find something unique and classic. this store only offers late teen/early 20’s trends with a big touch of your great grandma thrown in.