by Brian Hieggelke
October 5, 2009Filed under: 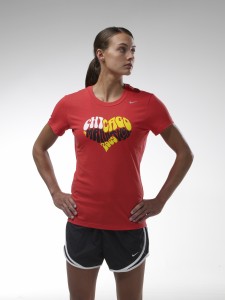 The Chicago Marathon is a serious business, and its apparel is no exception. For the second straight year, Nike is producing all of the offical fashion and  footwear for the event, with a product line targeted at runners, their friends and general Chicago fans. Last year, Nike offered up a series of looks largely consistent with its clean, forward-looking Nike Running line, but for this year, the label’s designers endeavored to create a collection more internally unified and one that reflects their take on the Chicago aesthetic. The result is surprisingly retro-looking, with vintage typography and imagery, like the merch that might have been created for the 1976 marathon, if they had Dri-Fit then, or a Chicago marathon for that matter (the current race started the next year).  Note, for example, the font-crazy Chicago map that adorns several of their shirts, or the groovy “Love, American Style” vibe captured in one of the women’s shirts. 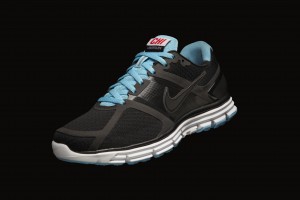 Official Chicago Marathon apparel is available now at local running stores, Niketown, Nike.com and will, of course, be around the race on Sunday.