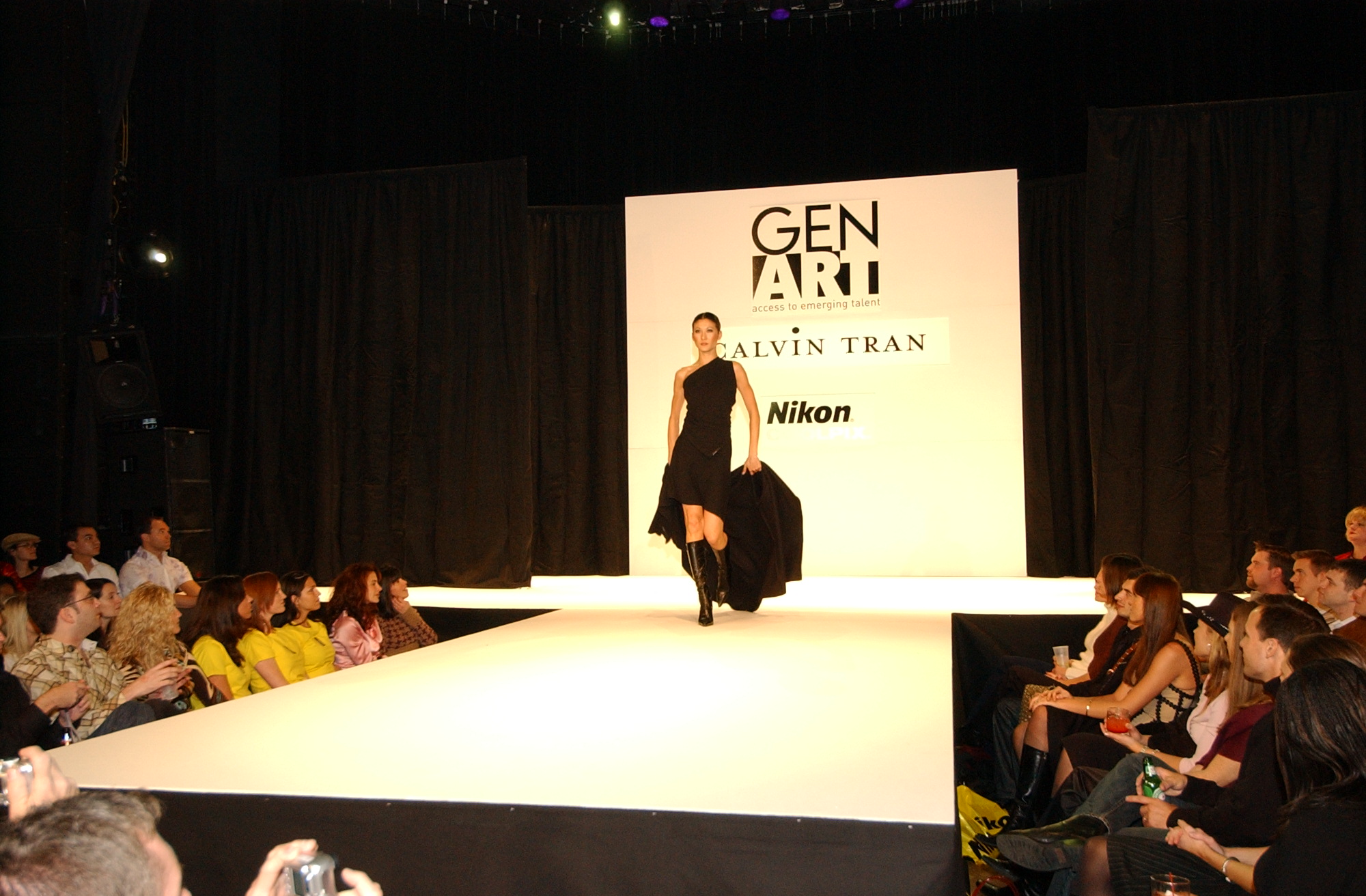 After sixteen years of showcasing emerging artists, Gen Art has “succumbed to the recession,” according to a press release issued last week. The New York City-based organization, which also ran offices in Los Angeles, San Francisco, Miami and Chicago, aimed to promote the next generation of filmmakers, musicians, visual artists and fashion designers with a steady calendar of red-carpeted events. Their list of alumni is impressive: Brad Anderson (film), Rachel Yamagata (music), Will Cotton (visual art), and Zac Posen (fashion) are among the ranks that have been featured at Gen Art events.

SHOP Chicago, Gen Art’s annual festival/marketplace featuring local designers and boutiques, was slated for May 13 at Galleria Marchetti, but was canceled when Gen Art folded. While the organization was known around town for their annual film festival—the larger-scale New York version just wrapped up last month—and events like SHOP Chicago, they made their Midwestern mark with Fresh Faces in Chicago runway show, a highlight of Fashion Focus Chicago in recent years. Julie Darling, who headed Gen Art’s Chicago operations when it came to the city in 2002, recalls the first Fresh Faces show as a “wild success.” A pre-fame Samantha Ronson DJed. With fifty members of the media gathered at Park West, it felt, she says, “like New York.” Which is saying something. Unlike NYC or Paris, Chicago isn’t a couture hub; Fresh Faces was one of a kind in the city’s cultural landscape, which makes losing it particularly hard.

Designer Kristin Hassan, who showcased her line in last year’s Fresh Faces Show, says losing Gen Art is “heartbreaking for places like Chicago,” where rising talent is too-often overlooked. “I’m thankful and grateful to call myself an alumni designer of a company that so strongly believed in emerging talent,” she says. “Gen Art has been supportive of my career all the way,” most recently co-hosting Hassan’s latest showing of her Summer 2010 collection.

Fresh Faces was integral to the city’s fashion scene, as important for fostering a sense of community for Chicago designers as for individual careers. And community, according to Darling, is something the local industry desperately needs. Marie Anderson, the beauty and fashion director of Agency Galatea, agrees, calling Gen Art her “biggest hope” for fashion in the city. It was “starting to create a nucleus of community,” to establish itself as a “go-to source” in the industry. Melissa Gamble, director of fashion for the city of Chicago and the overseer of Fashion Focus, the city’s version of fall fashion week, agrees Gen Art was a “huge contributor.” Whether another group will step up “remains to be seen,” she says, but for now, there’s no Fresh Faces-type show slated for fall. Without Gen Art, it seems there’s a dress-shaped void in the city.

If anyone knows the ups and downs of the Chicago fashion community, it’s Anderson. She’s been a player in the Chicago fashion world since 1980, having started as the studio manager for photographer Stan Malinowski, moved through the ranks at Elite Chicago Model Management, Model Futures and Ford Models/Aria Talent and ultimately launched her current venture, Agency Galatea. Yet when the career Chicagoan took a four-year break from the city in 2003, she returned to a drastically different scene. “I don’t want to be a Debbie Downer,” she says, “but I was shocked at how much business had gone out of Chicago.” The economy had begun to flounder; the city was losing ground as an advertising capital.

“You either unite together or you unite apart,” says Anderson, and under increasing economic strain, industry groups were “closing inward rather than reaching outward.” “People start feeling threatened by sharing information,” she says. “It’s a very small-town type of behavior.” It’s that insularity that both Anderson and Darling see as the biggest obstacle between the city and a more vibrant local fashion industry. Not surprisingly, then, their prescriptions are similar: join forces, nurture young talent.

“All the fashion organizations should find a way to work together, pool their resources and remove the politics,” Darling says. In an era of limited funding, arts groups are “going to have to become more creative…fundraising is a big part of it, and partnering.” Darling also stresses the importance of a strong community for developing new industry voices. “Right now, the fashion scene is very fragmented and the only way to propel it forward is to bring younger visionaries to the table to truly get it to the level that it needs to be,” she says. A strong community is essential for keeping young talent in the city. “Really, truly gifted people leave,” says Anderson. Too often, they trade the charms of Chicago for the opportunities promised by larger fashion capitals.

Hassan, however, is one young designer with no intention of going anywhere. She says that not being New York or Los Angeles is one of the city’s greatest assets. “That allows for designers to not get so caught up in being super-trendy or commercial,” she says. And while fashion vets Darling and Anderson worry about fragmentation in the industry community, relative-newcomer Hassan says that the city has offered her an incomparable “sense of family and support” as she launches her career. Despite her frustrations, Anderson, too, is quick to sing Chicago’s praises. “Our ethics and morals and professionalism don’t compare with any [other] city. We rock.” Both she and Alexis McGraw, fashion booker at Agency Galatea, rave about the willingness of Chicagoans to jump in where they’re needed. Whether it’s the photographers or the makeup artists, “they rally around the designers. They’re a lot friendlier, they’re a lot more willing to go the distance,” says McGraw.

Anderson, Darling, and Gamble all seemed hard-pressed to name another organization ready to pick up where Gen Art left off. Still, while there’s no immediate heir to the Gen Art throne, there is hope. Hassan has found support, funding, and mentorship in the Chicago Fashion Incubator at Macy’s on State Street. A relatively new program—Hassan was a member of the inaugural 2008-2009 class—CFI awards six emerging designers a yearlong residency complete with office space, a workroom and a core curriculum of workshops and seminars. It’s exactly the kind of program Anderson’s talking about.

The industry, says Anderson, “can rally around these young designers.” She sees the future of Chicago fashion in the hands of these up and coming tastemakers. They “give me hope and inspiration,” she says; “what I give up in not being able to work in the true haute couture world, I gain in the ability to be a mentor here.” Darling, too, is working to bolster the fashion community. She has plans to revive the legendary Oak Street fashion show in the summer of 2011. Unlike Fresh Faces, the Oak Street show will feature designers whose clothes are already available in local stores, but Darling hopes to match Gen Art in scale and excitement.