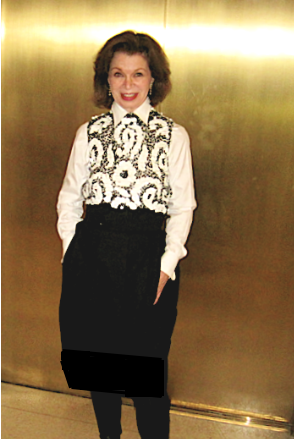 A few months back, I colored my leg with a Sharpie. On purpose.

Running late for an event as usual, I discovered a definite snag in my plans, specifically the snag that had appeared in my last clean pair of tights. My legs being shockingly white and the weather being uncomfortably cold, I did what any fashionista would do: I made it work. I busted out that black marker and never looked back.

When Tim Gunn coined his signature phrase in the “Project Runway” design room, he was no doubt intending to inspire the contestants to finish their creations in a timely manner. What he actually inspired, in my opinion, was a way of life.

While we’d all like to be polished and fabulous twenty-four-seven, the reality is that sometimes life steps in.  Things like lack of funds, heaping piles of laundry or the oh-so-cooperative Chicago weather leave us begging the question, what’s a style-conscious guy or girl to do?

The answer?  Make it work, of course!

As an individual who is always running late and views laundry as the bane of her existence, I have run into more than my fair share of days that I knew exactly what I wanted to wear, only to find it covered in wine stains or with a giant rip in the seam. While others might simply pick out something else, I am not above hand-washing the red wine stain out in the sink and blow-drying the now-soaked area before running out the door or vigorously rubbing deodorant stains out of my shirts with a towel. (It works!)

I’ve also improvised in the face of poverty. When faced with the daunting possibility of not one, but two professional interviews last November, I quickly realized my one ill-fitting suit wasn’t exactly going to cut it.  After several anguishing hours of deliberation, I had a spark of genius. In an act of desperation, I took my too-big blazer and separated it from its matching pencil skirt, pairing it instead with an old strapless dress. Still oversized and giving the impression of a child dressing up in mommy’s clothes, I made the snap judgment to wear it beneath a $10 belt I had laying around. The effect was amazing—the newly cinched waist created the illusion of a better fit, and I had a brand new outfit. Left with a pencil skirt and no top to pair it with, I had another stroke of inspiration after admiring the top half of an emerald-green dress hanging in my closet. I shimmied the skirt over top of the dress, and held my breath. The heavy material of the pencil skirt was just enough to keep the dress underneath it down, and I suddenly had another new ensemble. No one had to know that the two were never meant to go together, and they didn’t. You’d be surprised to find what gems you have hiding in your closet full of nothing-to-wear, if only you’d mix it up a bit. 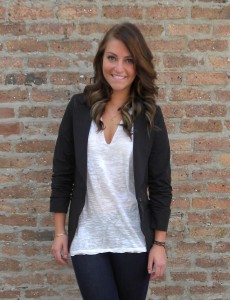 Don’t believe me?  Take it from these style-savvy women who know exactly how to make it work!

Designer Lauren Lein: “I wore a skirt like a dress because I couldn’t find my top that I usually wore with that—it actually ended up cuter as a dress!”

Image and wardrobe consultant Barbara Glass: “I stepped out on the terrace for some air [at a party] and someone must have bumped into me with a cigar or cigarette. I didn’t notice a problem until I took off my favorite skirt and saw the burn hole towards the hem. I could have shortened the skirt to a mini to remove the burn, but I [gave] it a [whole] new look by simply adding some velvet fabric to lengthen [it] after the section with the hole was cut out. It is still one of my favorites because it is indeed unique!  I [also] took a vacation to Acapulco and forgot to pack some of my t-shirts and tops. Lucky for me, I just happened to pack some scarves. I used the scarves as a halter top, which looked pretty amazing with a sun tan and low-rise pants and, of course, fun jewelry and sexy sandals!”

Cityblue Apparel &Denim owner Mallory Ulaszek: “I distinctly remember one day where I had been out running around and I was extremely late to a dinner—I had about ten minutes to get ready.  I was wearing an oversized black v-neck wool cardigan and jeans so I took off the jeans, decided to wear the cardigan backwards as a dress, belt it, and threw on one of my favorite long and chunky necklaces backwards as well. Everyone thought it was a new dress, [but I was really] just wearing [the] same cardigan they had seen me in earlier!”