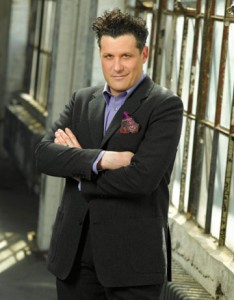 Bravo’s coming to Chicago Saturday to find charismatic designers for the second season of their “Project Runway” replacement, “The Fashion Show.” Follow the casting call at twitter.com/dLtcasting. The edited press release, with details, is below.

BRAVO SEWS UP INTERNATIONAL SUPERMODEL AND FASHION ICON, IMAN, TO JOIN THE CAST OF

NEW YORK – May 11, 2010 – Bravo announced today that international supermodel and fashion icon, Iman, has signed on as the host of the second season of “The Fashion Show.” Iman will join internationally acclaimed designer Isaac Mizrahi who, as previously announced, will be returning as host to the fashion competition series. The series is produced by Left/Right Productions and will air on Bravo later this year.

“We are happy to welcome Iman to the Bravo family,” stated Frances Berwick, General Manager and Executive Vice President, Bravo Media.  “Breaking barriers in the fashion industry, Iman is a true pioneer and her unparalleled credibility will inspire the contestants and be a perfect match to the always exciting, Isaac Mizrahi.”

Iman added, “I am so excited to be joining the Bravo team and to be working again with Isaac Mizrahi, my close friend of many, many years. I am also looking forward to all of the behind-the-scenes excitement and drama that is generated through the creative process of these undiscovered fashion designers. This will certainly be a show any follower of fashion will want to see.”

Iman began her career in 1975 as a model and has challenged the prevailing notions of beauty ever since.   Her first modeling assignment was for Vogue in 1976. She was an instant success in the fashion world, and a muse for fashion designers including Yves. St. Laurent, Versace, Calvin Klein and Donna Karan.  During her 14 years as a model, she worked with top photographers Helmut Newton, Richard Avedon, Irving Penn and Annie Liebovitz. Most recently, Iman received the 2010 CFDA Fashion Icon Award. Currently, Iman is Founder and CEO of IMAN Cosmetics, Skincare and Fragrances, a beauty company that created the first cosmetics and skincare collection designed for all women with skin of color.  In addition to running a global beauty company, Iman is actively involved in several charities, including The Children’s Defense Fund, For All Kids Foundation, and Action Against Hunger.  In 2006 Iman became the Global Ambassador for KEEP A CHILD ALIVE: (www.keepachildalive.org).  She has conceived and is spearheading a national campaign called I AM AFRICAN to help awareness and raise funds for the AIDS pandemic that is ravaging her homeland.  She is also the author of two books, I AM IMAN (Universe, 2001), and THE BEAUTY OF COLOR, THE Ultimate Beauty Guide for Skin of Color (Putnam Penguin 2005) She’s revolutionized the way women with skin of color think about beauty.

The first season of  “The Fashion Show” averaged more than one million viewers. Left/Right Productions will produce the second season for Bravo with Banks Tarver and Ken Druckerman as executive producers.

Bravo is currently holding open calls for fashion designers interested in competing in the second season of “The Fashion Show.” Additional casting information for “The Fashion Show” is available at www.BravoTV.com/casting.  Upcoming cities include:

Location: Columbia College
The Conway Bldg.
1104 S. Wabash Ave.
Chicago, 60605
Bravo is a program service of NBC Universal Cable Entertainment, a division of NBC Universal one of the world’s leading media and entertainment companies in the development, production, and marketing of entertainment, news, and information to a global audience. Bravo has been an NBC Universal cable network since December 2002 and was the first television service dedicated to film and the performing arts when it launched in December 1980. For more information, visit www.BravoTV.com. Follow us on Twitter at https://twitter.com/BravoPR.