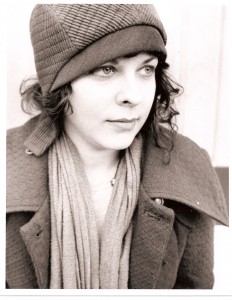 As one of six designers in residence at the Chicago Fashion Incubator, Jonnie Rettele spends her days in a studio with fabric, mannequins and five other designers, musing over her latest creations. But while the scene may conjure up images of a little well-known reality-television show with a former Victoria’s Secret model as its host, Rettele swears life in the CFI is different. “For some reason everyone wants to compare us to ‘Project Runway’,” she says. “[Here], there’s no cattiness. It’s very lonely when not a lot of people are working. When everyone’s here, it’s very exciting—I just finished a wedding dress for a friend and it felt like everyone was on the project with me.”

It’s not couture gowns that Rettele is used to focusing on, after all. Her clothing line, Nonnie Threads, is actually a menswear collection. While she began designing for women when she quit her job as an office and project manager for a web development firm a year and a half ago, she quickly discovered a market for clothing for the opposite sex. “I had men coming to me saying, ‘Will you just make me a shirt?'” she says.

Realizing she’d found her calling, Rettele decided to make menswear her focus. “It’s a great niche—I saw it as an opportunity.”

Attempting to balance a lot of the “functional, social and stylistic needs of men” in her line, Rettele says she tries to create looks that are versatile from season to season. “I try to add a lot of details that won’t stand out necessarily.” It’s not ostentatiousness she’s after. Like classmate and fellow menswear designer Donaldo Smith, it’s “more of a refined look” that Rettele favors. “We both really appreciate the way men used to be—when suits were more common to be worn day to day. I think we’re both trying to achieve that,” she says. There are, of course, differences: “Mine is more utilitarian. His is more classic.” 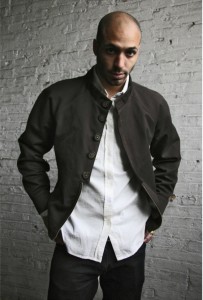 Keeping her collections fresh each season by focusing on “one iconic male figure every season,” Rettele hopes to see her spring/summer 2011 homage to Steve McQueen hit the racks of at least three local boutiques. With a line that’s both designed and produced in the Windy City, she can’t think of a better introduction to the career she never really thought possible. “I was always into do-it-yourself things [on] my mom’s sewing machine,” she admits. “[People said] ‘you should really do this! You should really go into fashion.’ I really didn’t think at the time it was feasible.”

With CFI and its team in her corner, Rettele’s goals are far loftier these days. “I definitely have a much more stable business background now,” she says. “I wasn’t even thinking about cash flow when I started, so that was the biggest thing. There are also so many resources that I’ve discovered. And also just confidence, too. “I [eventually] want to branch out to stores outside of Chicago,” she says. “I [want to] sell to the boutiques! I want to do more independent event branding, both here in Chicago and in other cities.” (Nicole Briese)