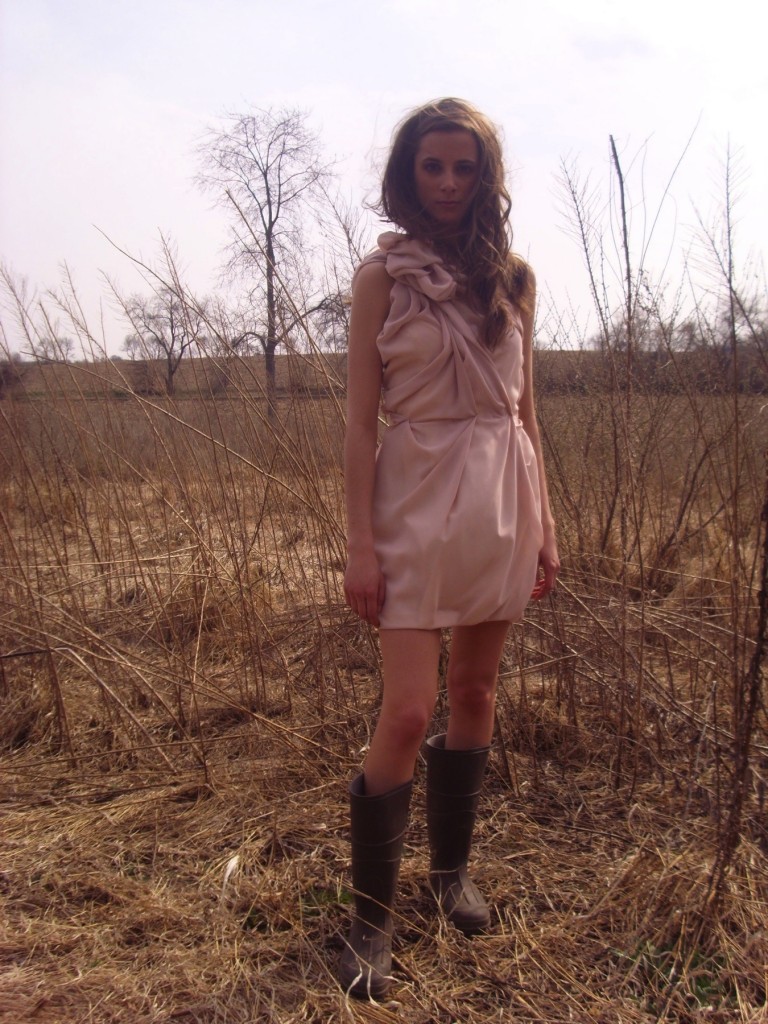 It’s been an exciting couple of weeks for designer Miriam Cecilia Carlson. Two weeks ago, the Chicago Fashion Incubator resident walked the red carpet at Macy’s Passport Presents Glamorama 2010—she designed one of the event’s Office Max supply dresses, using only leather notebooks, brass facets and a zipper. Last week, she was named “The Next Big Thing” by Michigan Avenue magazine. The buzz around the blonde fashionista has been generating for a while, and it only seems to be getting louder.

Getting her start as early as age three, it’s been a long time coming. “I’ve always been scribbling [and] drawing,” Carlson says. The young designer learned to sew before she was even out of diapers, and she honed her artistic abilities in art classes at age six. It wasn’t until later, however, that Carlson decided to turn her hobby into a career. “I never actually said, ‘I want to be a designer.’ It kind of terrified me. It was a big statement to make and to see it follow through.”

Influenced by several role models, Carlson decided she was up for the challenge. A student of Dominican University in River Forest, she was encouraged by a trusted advisor to really pursue the profession. It was advice Carlson took to heart. Interning at Zzazz Productions in Oak Brook, Carlson studied under Tracey Tarantino, learning the business and the industry. She studied abroad in Paris, where she met Anne Valerie Hash, couture designer extraordinaire. She won the Driehaus Fashion Show Award of Excellence in 2008 and showed off her line on both Chicago runways and in the boutiques—Carlson worked with former Verse owner Kortnee Doss before the shop closed and showed her stuff at World Fashion Chicago last year. 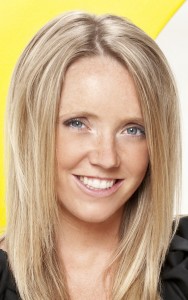 And she developed her own line, Miriam Cecilia (formerly known as m.c.c.) “I do a lot of couture pieces and a lot of ready-to-wear pieces,” Carlson says. With a new, developed focus on custom couture, Chicagoans are falling in love with Carlson’s creations. “I hope it’s because of the pieces I create, people respond really well to them,” Carlson says. “I like to take a very fresh new take on draping. Each dress I design is something different,” she says. “I have an idea and a concept and an inspiration [for each one].”

Carlson’s main inspiration? Nature. “My parents live out in the country,” she says. Leaving the fast-paced hustle and bustle of the city to visit, Carlson takes time out to appreciate the stillness of their Owen Township home often. “I love both lives dearly,” she says. “[That’s] where I breathe.” And brainstorm. Whether it’s a misty morning or a fledgling fern, Carlson draws upon the elements in both design and material. Take her draping, for example. “I hand drape everything and let the garment go where it needs to go [without] forcing it. Just [like] a plant in nature.” Also integrating collected mica (a “flaky, shiny, very elegant” element) from an abandoned mine up north into her couture gowns, Carlson combines her love of the outdoors with her love of design. “Things like that really speak to me, [and] I like to encompass that in the garments.”

With plans to hit stores by spring 2011, Carlson is enjoying her rising star. “I think it’s a very exciting time right now,” she says. “Fashion in Chicago’s been around for awhile, [but] for the first time, it’s growing, it’s pulsing, it’s being recognized. [People are saying] ‘wait a minute—maybe we should pay attention to this city’. Starting my line in Chicago couldn’t be a better opportunity.” (Nicole Briese)