by Brian Hieggelke
September 20, 2010Filed under: 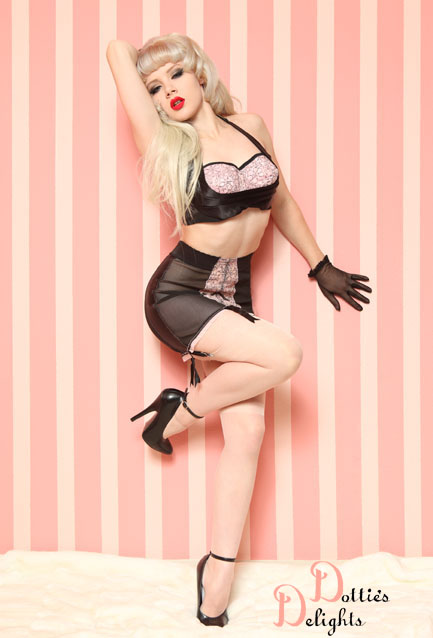 Stephanie Kuhr’s designs stand out amongst her peers in the Chicago Fashion Incubator–for starters, the 27 year-old Oak Park-native’s line, Dottie’s Delights, is a little… smaller.

“I’ve always had a love for vintage clothes and old, tiny stuff,” Kuhr says. Shying away from apparel, Kuhr decided to stick to the garments that drew her to an older era of dress in the first place. “The thing I’ve always loved best [were] those old bustiers and girdles,” she says.

And so a boudoir collection was born. Named after Kuhr’s grandmother, Dorothy, the collection mirrors its namesake’s personality: “she’s very sweet…and put together, [then] will say something completely random out of nowhere.” With cotton-candy colors, lace inserts, structured seams and surprising details, the pinup-girl pieces follow suit. “It’s like her super-ultra-feminine alter ego.”

A transplant from the Fashion Institute of Technology to Chicago’s School of the Art Institute, Kuhr credits New York with much of her technical prowess, but Chicago with nurturing her creative side. “[Chicago] has been a lot more supportive,” she says. Case in point: the success her line has seen thus far Kuhr attributes largely to her involvement in the CFI. “It was really kind of a challenge until I found this program,” she says. “I knew I wouldn’t have been able to figure all this stuff out on my own.” Following in the footsteps of former classmate Anna Hovet, Kuhr says she and her line have come a long way. “[The progress] from where I was at the beginning of the year until now [is amazing,]” she says. 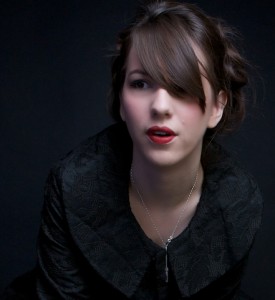 And while Dottie’s Delights has seen success with an etsy site and custom work projects to date, Kuhr is excited to continue expanding upon her foundation this spring. She’ll be working hard to launch a new web site and fine-tuning her core. “I’m really trying to focus to be able to get a good quality foundation to the company with shapewear basics and staples that will last from season to season,” she says. “I’m working to really secure the fit and the function so that it can last.” (Nicole Briese)