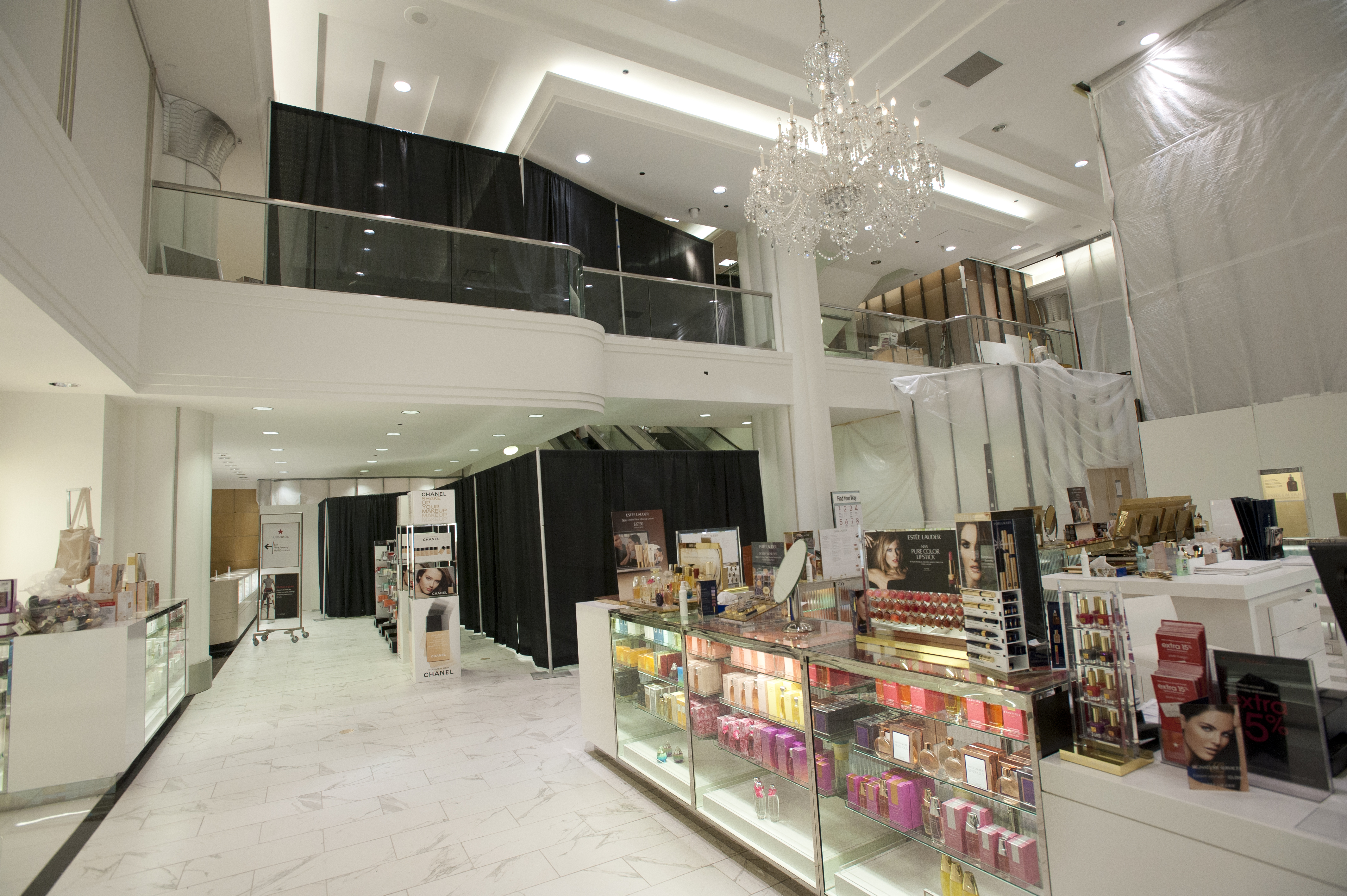 That I don’t regularly write about store renovations for the Chicago outlets of multibillion-dollar out-of-town corporations should come as little surprise, but this one is personal: back in the summer of 1980, I worked in the Marshall Field’s store at Water Tower Place, commuting each day by train from my home in Joliet.

Times are always heady when you’re eighteen, but those were special. The mating of disco and punk rock spawned new wave and hip-hop, fashion was becoming a mainstream obsession, thanks to the innovation of designer jeans—nothing came between Brooke Shields and her Calvins, and the mighty Vanderbilt fortune became synonymous with an embroidered little swan on denim—and the recent movie hit, “American Gigolo,” which made Giorgio Armani a household name. Water Tower Place was a fresh phenomenon, just five years old or so, half familiar—a shopping mall in that medium’s heyday—and half exotic—it was vertical, and located in the big city not the suburbs, with  over-the-top stores like Fiorucci that exuded exotic decadence. Suburban kids like me felt cool cruising its escalators and eating giant sandwiches at the Levy brothers’ D.B. Kaplan’s Delicatessen. A couple of years later, a teenage Andrew McCarthy would bang the MILF Jacqueline Bisset in its glass elevator in an iconic scene from the otherwise forgettable film “Class.” Somehow, the whole thing—the music, the culture, the fashion—seemed to come together at Water Tower Place. Especially if you were eighteen.

This was also the height of the post-Studio 54, pre-AIDS flourishing of gay culture. The first time I met an openly gay man was working at Marshall Field’s, and he was my boss. And, actually, so was every one of my co-workers.  (The older guy working in suits on the mezzanine—I worked in the back of the main floor selling Polo shirts, Lacoste and all manner of accessories—was a Tim Gunn before his time.) For a wide-eyed straight kid from a town where homophobia was not only accepted, it was expected, listening to my boss David—who wore Armani which he bought at cost as a manager—and his cohorts whisper in mischievous tones about their weekends was a crash course in a brave new world. It’s no overstatement to say this changed my world view for the better. 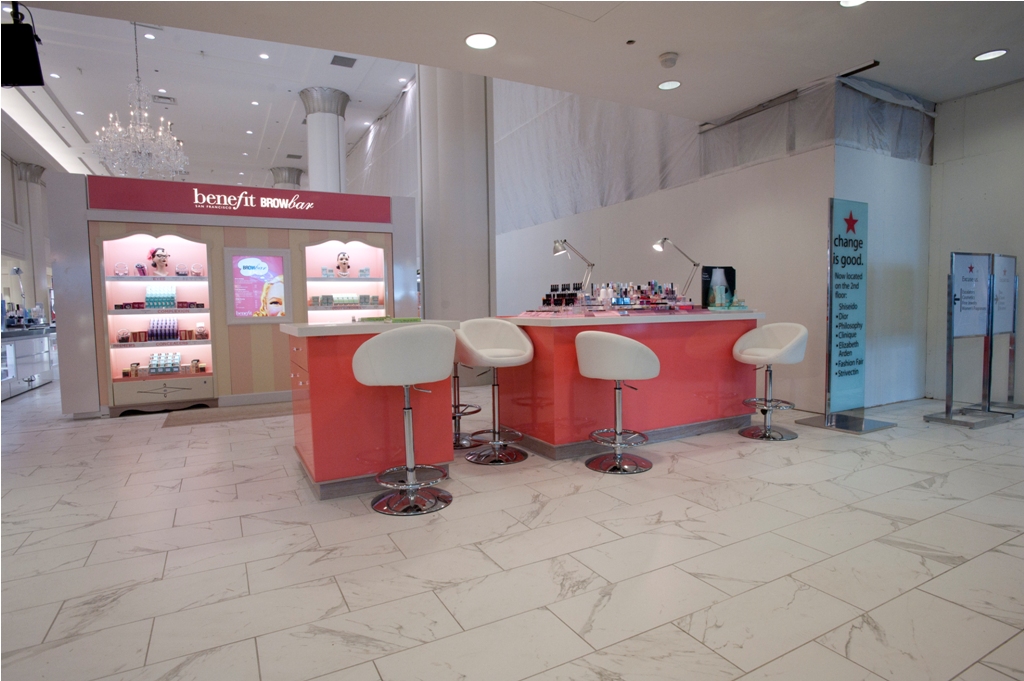 But the golden age of Water Tower Place has long passed; in recent years it feels more like a vertical Navy Pier than a happening destination. And Marshall Field’s is now Macy’s. But things have been changing for the better this last year or so, as the mall’s owners have freshened the joint up with new, more youthful retailers like Akira, and the transformation of the dowdy Drury Lane into the fresh new Broadway Playhouse is helping bring back a bit of that old spirit.

And so too is Macy’s, with the biggest renovation ever of its Water Tower Place store. When the store kicks off a weekend of celebration this Friday, the main floor and mezzanine will be transformed by a multimillion-dollar makeover, with an open, fresh white visual aesthetic that allows the Waterford Crystal chandeliers to really shine. Even with construction going on all over the floor at the press preview a couple of weeks back, the transformation was dramatic. The mezzanine has literally been physically enlarged in order to feature an expanded handbag department, and the first floor sports the latest and greatest in cosmetics and beauty from the leading purveyors of such. Though I must confess to rather limited knowledge in this area, I was intrigued by the iPad use at the new Clinique department, where an interactive survey helps shoppers match their skin type and lifestyle to the correct products, which the staff then helps you select. We may live in the age of internet shopping, but there’s still something to be said for the personal touch.

Back when I worked those sometime long days and nights at Marshall Field’s, I got to know a little old white-haired lady who worked as a security guard at the back entrance. She had the dullest job imaginable, I thought, but she took pride in what she did and who she did it for. She was reading the story of Marshall Field’s, “Give the Lady What She Wants,” and would recite from it proudly. Little did I know then how rare a soul I’d met.

Macy’s Water Tower Place, 845 North Michigan, celebrates its grand re-opening on May 13 at 9am, with a series of special promotions and an in-store performance by “Million Dollar Quartet.” Visit macys.com/events for details.

It needs a makeover to remove the name Macy’s!