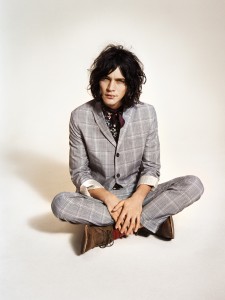 The British are coming, indeed! With over 300 stores in the UK and more than 100 international locations, the British women’s retail clothing giant Topshop (along with its other half for men, Topman) is moving into Chicago on Michigan Avenue in September. In honor of its impending arrival, Space519, one of the retailers in the 900 North Michigan shops, is hosting a two-month-long Topman pop-up shop inside its store.

Space519 opened the Topman pop-up store (or as they call it, shop-in-shop) at the beginning of June, and it will stay there through the end of July. “We’re launching this to get everyone excited,” says Jim Wetzel, co-owner of Space519. The store will receive new styles of Topman every week that are exclusive to the States. Right now, Wetzel says, the style is more focused and conservative, “but it gets funkier as the summer goes on.”

Just like at Space519, which sells ready-to-wear, books, furniture, apothecary and more, Topman merchandise will vary greatly at its temporary home. The first round of styles has a 1970s dandy British flair and includes vintage Timex watches, a navy suit, floral button-down shirts, camouflage jackets and ties, classic pocket squares and cardigans, and even a pair of mid-thigh-length swim trunks with a California and Hawaii surfer dude vintage postage-stamps print.

“Since the collection is so vast, we can really bring a lot in,” Wetzel says. “We have everything from swim trunks to suits.” Wetzel says he is particularly fond of the suits Topman offers, which cost only around $250. But, his personal favorite in Topman’s stock is their shoes, which he says are “especially cool.” He also says the floral button downs feel really British and fresh—a little bit dandy and a little bit rock ‘n’ roll. 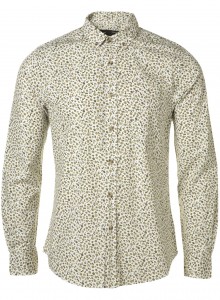 The pop-up store even features some London antique furniture, trying to incorporate as much of the true feel of its roots. Wetzel says he wants iconic British pieces and a 1970s vintage feel to the apparel and décor he brings in.

Topshop has only one store in the United States so far, in Soho in New York City. The Chicago location will be the second and will have even more square footage than the NYC store. When Space519 finishes its pop-up version in late July, it will pass Topman fully to the new location, which opens September 1. (Sarah Alo)