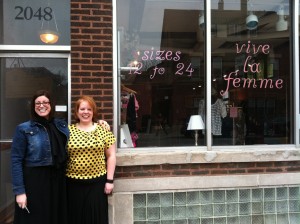 “Life is hard. Shopping should not be.”

These are the wise words of the impeccably dressed Stephanie Sack, owner of two Bucktown boutiques, Vive La Femme and Violette. The former is a clothing shop for ladies sizes 12-24 and the latter a women’s shoe shop for sizes 7-11.  The stores are run by Stephanie and full-time manager Amanda Johanson who also designs a Vive La Femme clothing line. Vive La Femme is celebrating its tenth anniversary, an accomplishment for a small business in the current economic climate.

Vive La Femme is a boutique that grew from two separate experiences that Sack wanted to combine: in her own words, “the ease of shopping at Lane Bryant… and the glamour of shopping at Betsey Johnson.” This description is perfectly accurate as a first impression of the shops, which are colorful and upbeat. Shelves and hangers lined with adorably chic shoes and clothes that don’t scream “I’m fat, so I’ve given up,” as many plus-size lines do. As a woman with experience in both independent and chain retail, as well as sales and advertising, Sack is well equipped with the skills to run her own boutique. Ten years ago she got the head start she needed when her parents gave her the money intended to purchase a condo, and she instead started a business. 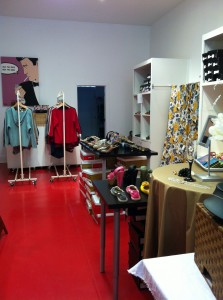 Sack’s boutiques are unique in that they are the only independently owned shops in Chicago that sell exclusively plus-size items for women. The lack of competition has certainly helped in terms of the success of her stores, but, Stephanie says, the competition is not the market; the competition is the customer. “The perception of the reality of being large is my greatest battle. I don’t know if you knew this, but women are kind of crazy. I’ve had women refuse to wear shoes that fit them because they don’t want to be the size they are.” Business can be difficult when you have to do battle, or at least a sort of song and dance, with your own customer.

Still, at least some of Sack’s success comes from her stubbornness, which has paid off during both the “fertile oceans and desperate deserts” of a decade of business in Bucktown. While so many Chicago boutiques open and then close, Vive La Femme is still going steady. “It’s not over till the fat lady sings,” Stephanie says, “and I’ve hummed a couple times…but I’m not singing.”

I ask Stephanie what her advice would be to someone interested in starting an independent business. 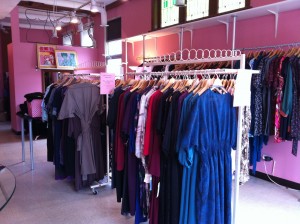