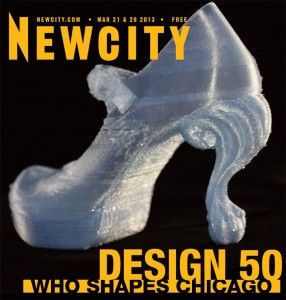 Given the ubiquity of design in our lives, you’d think culling a list of its leading local proponents might be a rather simple task. After all, though even the most avid of aficionados consume the arts at best a few times in the course of the week, design saturates our lives every single waking hour. From the furniture in our home, to the clothes in our closet, to the products we use and the buildings we pass by on our way to work or play, no one shapes our aesthetic sense of the world more consistently than the designer. And yet, with the exception of the latter-day creation of the design celebrity, most ply their craft unheralded and far less known to the public they create for than the artists we admire. With this list we do our part to rectify that, and launch our newly expanded coverage of design with this inaugural edition of the Design 50, with an emphasis on those who influence the course of design in Chicago and, from Chicago, around the world. This year’s list, the first of an annual undertaking, considers influence as its principal measure, rather than creativity, though in the best of worlds the two work in sync. (Brian Hieggelke) 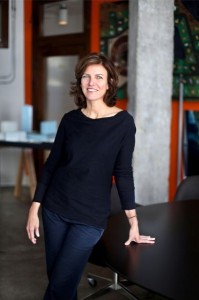 1
Jeanne Gang
Founder and Principal, Studio Gang Architects
MacArthur Fellow, subject of a solo exhibition at the Art Institute of Chicago and responsible for one of the most visually thrilling and recognizable new towers of this century in Aqua; self-described visionary architect Jeanne Gang is becoming one of the most revered architectural talents in the world. Often frustrating critics with a open-minded promiscuity and flexibility to her ideas, her studio continually produces plans, projects and visions which increasingly incite awe and demand for her talents. 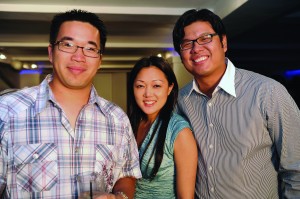 2
Jon Cotay, Eric Hsueh and Erikka Wang
Owners, Akira
Eleven years ago, Erikka Wang decided to shake things up in Chicago fashion when she convinced her friends Jon Cotay and Eric Hsueh to launch the clothing boutique AKIRA. Since then, the youth-oriented business has grown to include seventeen locations and has expanded into shoes and into menswear, with stores dedicated to both. Most recently, they’ve spread their North Side center of gravity southward, taking over the former Borders Bookstore in Hyde Park. Wang and her partners track down clothing and shoe concepts in Italy, Brazil, Milan, New York and LA just to capture fresh looks, and new products are rolled into stores daily. The latest cutting-edge addition is men’s parachute pants with a drop-crotch from the Australian brand Zanerobe. More than just branching out, Cotay says the exciting thing is that AKIRA plays into the lifestyle of the Chicago community, with its regular presence on the nightlife and social scene.

3
Gordon and Carole Segal
Founders, Crate & Barrel
The influence of Crate & Barrel on American interior design cannot be overstated. Although Crate & Barrel’s founders retired and sold their Northbrook-based company in 2008, after running it for more than four decades, they have since endowed the Segal Design Institute at Northwestern University, which offers both undergrad and grad degrees in design, and the Segals also have a large private collection of decorative arts. 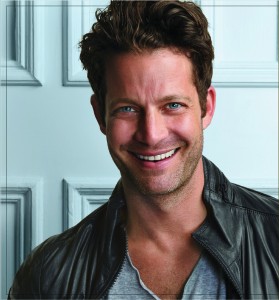 4
Nate Berkus
Principal, Nate Berkus Associates
Starting out with Leslie Hindman Auctioneers as a Lake Forest College intern, Nate Berkus learned how to create a beautiful room, but also how to market and sell. In 1995, at the age of twenty-four, he opened the doors of Nate Berkus Associates and it was all straight up from there: first a design expert on “The Oprah Winfrey Show” and then, eventually, “The Nate Berkus Show.” He also launched a line of home products on HSN and recently a line for Target. Both his new book, “The Things That Matter,” and his first, “Home Rules,” are  New York Times bestsellers. People really connect to his natural, easy aesthetic that emphasizes surrounding yourself with things that evoke memories—things that define you and tell your story. Though he has a high-profile national celebrity presence and his firm designs interiors both nationally and internationally, they continue to call Chicago home. Sadly, Berkus left Chicago as his personal home base after losing his partner, photographer Fernando Bengoechea, in the 2004 tsunami disaster.

5
John H. Brennen III
Executive Vice President, Design Center Division, Merchandise Mart
Long before the internet turned every computer into a designer showcase, the world’s largest office building was known for standing at the epicenter of home design, with its multitude of showrooms over eleven floors and annual trade shows such as NeoCon. More recently, it’s expanded from an exclusive direct-to-the-trade position into a leading retail center as well, with its collection of high-end design stores called Luxe Home. Overseeing the home design business for decades has been John H. Brennen III, bringing a stability to an institution in transition as it passed from the private ownership of the Kennedy family into the hands of publicly traded Vornado Realty Trust and the eventual end of Christopher Kennedy’s long leadership tenure at the top. 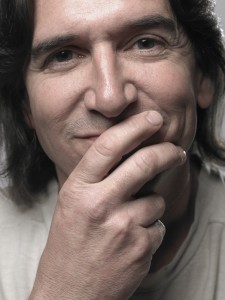 6
Dana Arnett
CEO, VSA Partners
Thirty-one years after its founding, VSA Partners has become a design colossus, with 230 associates and offices in New York and Minneapolis along with its Chicago headquarters. It’s now described as a branding and design agency, and is renowned for the “creation of design programs, digital and interactive initiatives and brand marketing solutions” for some of the most graphically creative Fortune 500 companies, from Nike to Kraft to Harley Davidson. Arnett, a founding principal of the company, was elected into the prestigious Alliance Graphique Internationale in 1998 and was named to the the I.D.40 as one of the”forty most important people shaping design inter­nationally.” 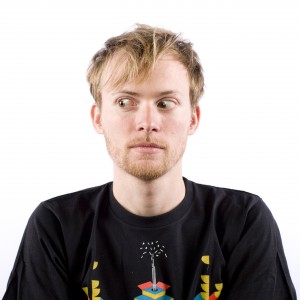 7
Jake Nickell
CEO, Threadless
Starting out with $1,000 in 2000, art-school dropout Jake Nickell turned his passion for sharing designs with artists online into Threadless—the e-commerce website that banked $6.5 million in revenue by 2006. Thirteen years later, after printing more than 3,000 of the more than 300,000 designs submitted to the site on t-shirts and other products, Threadless is expanding the same way it came up—through community. Newly reinstated CEO Nickell is shifting the focus away from commerce (promotions and discounts) to partnerships (like the Target thermos and Apple iPhone case). Nickell’s mission to help artists turn their hobby into a career—is back on the front burner. 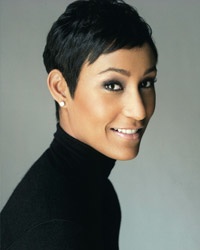 8
Desiree Rogers
Chief Executive Officer, Johnson Publishing Company
Desiree Rogers’ stint as Social Secretary for the Obamas turned out rather inauspicious; in part, folklore has it, because of her inability to stay out of the spotlight herself. (Hello, Vogue photo shoot.) But there’s no denying she became one of a very short list of Chicago women able to keep up with the First Lady on the fashion front. So when her old pal Linda Johnson Rice offered her the rather daunting challenge of turning around the flailing Chicago institution, Johnson Publishing, Rogers had her chance to reinforce the substance behind her famous style. And, so far so good for the Harvard Business School grad, at least by outward appearances. Ebony magazine has been redesigned and both it and Jet are growing, and the company has moved into smaller, less expensive digs. But perhaps equally important, for an institution that has long helped African-American women shape their own personal style through the coverage in its pages and its Fashion Fair cosmetics line, is that the long-running Ebony Fashion Fair tour is slated to be revived this year for the first time since the passing of Eunice Johnson, Linda’s mother, in 2010. Just last week, in fact, the Chicago History Museum opened an exhibition “Inspiring Beauty: 50 Years of Ebony Fashion Fair” to recognize that very legacy. Under Rogers, this Chicago icon has regained its swagger. 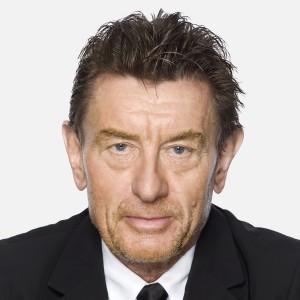 9
Helmut Jahn
CEO, Jahn
Born in Nuremberg and joining CF Murphy in 1967, Helmut became one of the most recognizable figures of Chicago architecture in the eighties with the iconic James R. Thompson Center, made famous in “Running Scared” with Gregory Hines and Billy Crystal. The past twenty years saw him enlarge the office footprint around the earth and turn the company into one of the twenty largest US practices. In the last few months he was awarded an AIA Chicago Lifetime Achievement Award, opened the Japan Post tower in Tokyo, elevated one of his longest-running collaborators to full partner and, at the same time, took complete naming ownership of the practice; changing the firm name to simply: JAHN. 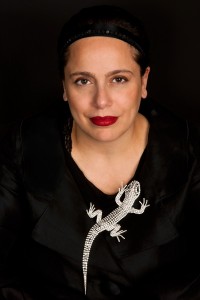 10
Ikram Goldman
Owner, Ikram
Already well-established as the Chicago boutique for couture, Ikram Goldman catapulted herself into global fashion consciousness in 2009, when she dressed first lady Michelle Obama in a white, off-the-shoulder glittery Jason Wu gown for the inaugural ball. This move catapulted Wu’s career into a fivefold increase in sales that year, and made him the darling of the fashion world. Ikram’s new cherry-red flagship store at 15 East Huron is the latest bold move from a woman who built up a roster of clients that can spend $40,000 on one visit. Givenchy, Isabel Toledo, Rodarte and Lanvin—these are just a few of her favorite things.