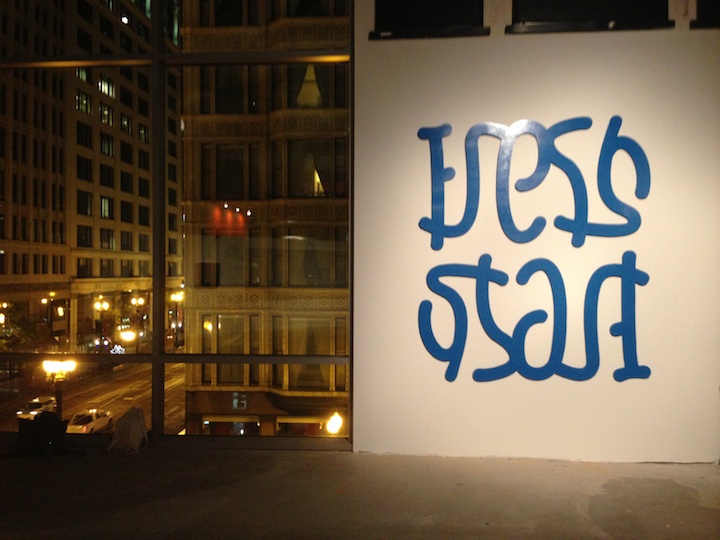 Watching a museum close is often a reason to grieve. But what if the celebration of the ephemeral is built into its playful spirit, into its mission?

A few years ago, two friends in Phoenix, Tanner Woodford and Mark Dudlik, decided to found a magazine devoted to graphic design. They interviewed legends in the business such as Rick Valicenti, Milton Glaser and Ivan Chermayeff. Even as the magazine itself stalled out, the two became ever more invested in the culture surrounding commercial design.

Talk turned to museums focused on design, and America’s lack of them. Why not just open one? The pop-up museum model seemed like a good fit. Their first creation, the Phoenix Design Museum, appeared during Phoenix Design Week, a series of events hosted by the professional design organization AIGA. When Design Week wrapped up, the museum promptly vanished.

“When something is only available for a short amount of time,” says Woodford, “it makes you want to see it before the opportunity goes away. It also makes the experience feel more special, because you know that only a limited number of people got to be a part of it.”

There are other benefits. “If [an exhibition] doesn’t work,” he adds, “it only won’t work for a little while. We can learn from our mistakes and do something different next time around.”

The magazine didn’t have legs. But the pop-up museum concept seemed as though it might.

In 2011, Woodford moved to Chicago with the idea in tow, and the Chicago Design Museum was born. The projects were deliberately dubbed “museums” rather than “galleries,” partly to honor the historical significance of the artifacts therein. And perhaps also because there is a meaningful distinction between “art” and “design.” 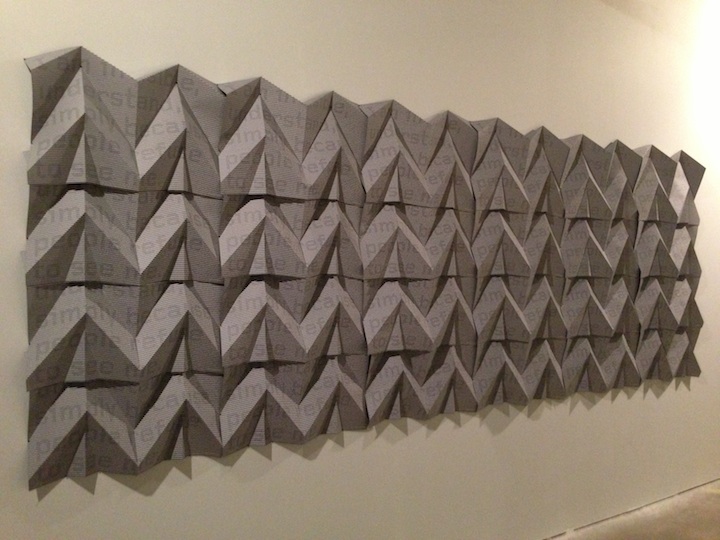 Commercial imperatives aside, and ignoring the fact that the word “creative” has several different meanings in the industry that are distinct from its art-world definition, the people who work in the design trade are often as passionate, productive and creative as any traditional artist. They practically have to be. In a field full of tight deadlines, aggressive client demands and frequent rejection, designers need a drive that will keep them going through the frustration. In almost every case, the compulsion to create will bleed into their personal lives as well.

“You have to be able to put your feet up and forget about all the stuff you have to deal with,” Woodford says. “Unfortunately, I’m awful at leaving work at work, but I do think it’s important to do so in a field that can easily consume your life.” It’s complicated.

Through the month of June, coinciding with AIGA Chicago’s annual Design Week (June 10-15), the Chicago Design Museum returns to address this uneasy balance with the theme “Work at Play.” Five new exhibitions engage with the idea that, at least in the design biz, one never really leaves all of one’s work at work.

Although the museum first appeared in Humboldt Park, this year it moves to the Loop, setting up in Block Thirty Seven. Woodford and his board of directors “coordinated with Tristan Hummel, as well as the rest of the crew at the Chicago Loop Alliance, to establish the space as a Pop-Up Art Loop gallery. They are a passionate group that cares deeply about improving the culture in the Loop,” says Woodford. During the rest of the year, the Alliance turns downtown storefronts into fly-by-night art installations. It makes sense that the two groups would be simpatico.

“An unexpected benefit of this space is that it will allow us to invite non-designers to see the work, elevating the practice as something worth celebrating in a public setting,” says Woodford. This year’s model will showcase a series of talks and five new exhibits, including shows from designers Marian Bantjes, John Massey, Michael C. Place and Wolfgang Weingart, along with a special exhibition called “Re/View” focused on optical illusions.

Although doors open on June 1, the festivities officially begin on June 6 with an opening reception. After June 30, it will all be over. But anyone involved in Chicago’s thriving design scene can expect to see plenty of Woodford and his board members over the rest of the year.

“For me,” he says, “the interesting part of the ChiDM board is that we pour ourselves into the museum on nights and weekends, after a full day of working at our day jobs­­—which we also love! We’re each involved in the community in different, individual ways, attending events, serving on committees and thinking about how to elevate the design dialogue in the city, amongst other things. We also tend to spend the entire year thinking about the big summer installation, curating work, planning events and fundraising. It truly is a year-round job.”