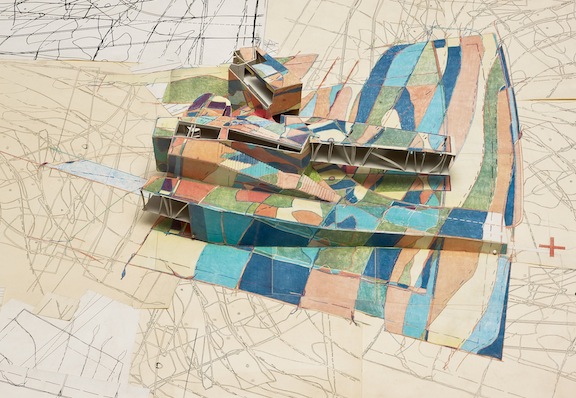 The exhibition “Sharing Space: Creative Intersections in Architecture and Design” is curated around the idea that in recent years architecture and design have overlapped in the areas from where each gets its motivations, resulting in an array of work and thoughts that have begun to produce clearer and stronger visual links between the different design professions.

The show takes visitors through a layout organized around six themes, which the corresponding objects allegedly share as their deeper obsessions. The room feels nice enough, and my quick take on the exhibition is that there are a number of important, impressive and fun works of design and architecture put out by both well-known and lesser-known individuals. The collected objects and artifacts look good together and seem incredibly in-style, making it easy not to question the presumptions of the categories. “Structure,” “Geometry,” “Technology,” “Color,” “Surface” and the catch-all category of “Hybrid” help one out in understating just how some of these presumably unrelated projects might possibly relate to one another in some subconscious zeitgeist-y way.

It is difficult to get too deep into the exhibition, as the categories are so broad as to be pretty meaningless as an organizational device. While Doug Garofalo and David Leary’s “Camouflage House” (located in Color) uses color changes to clarify the surface pattern and disintegrate any clear visual profile of the home, there were plenty of projects with pronounced and significant color effects residing in other categorical sections of the show, such as the glittery curtain by Jeanne Gang (located in Surface), or the vivid textiles of Luisa Cevese (located in Technology).  The beautifully wispy XXX table by Johanna Grawunder seems more interesting for its transparency effects resulting from its use of structural glass than it necessarily does for its red-hued colors. 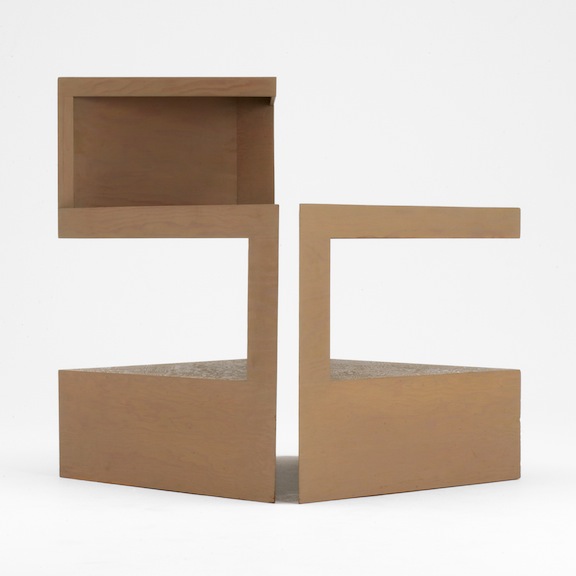 The categories initially seem like a clever way to group some projects and better relate the issues and agendas being put forth by their respective authors, along with showing how designed objects from the scale of a small table to a large residential tower that twists, might possibly all be nothing more than scalar and programmatic variations on the same set of interests and obsessions. But as the categories never seem ill-picked for any particular project, they also never seem quite exact enough either. Does the SOM-designed Infinity Tower in Dubai belong in the Structure category because it has a structure, or would Technology fit better due to the innovations needed for its construction (presumably what landed the Cevese textiles within the Technology category were the production capabilities necessary for manufacture)?

This isn’t exactly damaging to the concept of the exhibition, as work from any designer at this level of professionalism and interest is bound to be more diverse and promiscuous in its sourcing than from a single obsessive idea. Part of what makes all these objects and architectures fascinating to see together is the immediately clear ability of their authors, and the flexibility of thought necessary to have enabled their design; however, it starts to make the show’s conceits come across as less confident, and a bit arbitrary.

The notion of multi-disciplinarity introduced in the early twentieth-century is arguably one of the most significant technologies to develop in the past century, and has led to significant advances in nearly every field. It’s practically impossible to find a contemporary discipline that refuses holistic thinking as part of the working process. This isn’t to dismiss Hybrid’s validity as a sorting term but it’s funny to use it as a category with any teeth. When the objects of design from Technology would be equally at ease within Color, or Surface, and the ideas behind Structure seem impossible without the operative definitions of Technology put forth by the exhibition, it’s clear that everything in the show belongs in the single category of Hybrid, and their exclusion only confuses the impulses and ideas behind their creation.

The reliance on a category of Hybrid either confesses to the pointlessness of the other five categories, by suggesting that a single influence is far from adequate to give insight into their specialness, or reveals a disappointing lack of clarity about the nature of the objects within the Hybrid group. By accepting the significance of the final category in the century of hybrid thinking the exhibition disappointingly comes across as nothing more than a display of what the museum owns, offering no intellectual or observational suggestions as to their importance, and becoming the type of show it was looking to avoid. I did find the exhibition to be exceptionally pretty, and it gives an opportunity to see a number of significant design contributions by a range of established and newer professionals; however, the show feels to be the result of enviable intuition and gifted taste, rather than any useful critical scaffold or cultural position.

“Sharing Space: Creative Intersections in Architecture and Design” runs through August 18 at the Art Institute of Chicago, 111 South Michigan