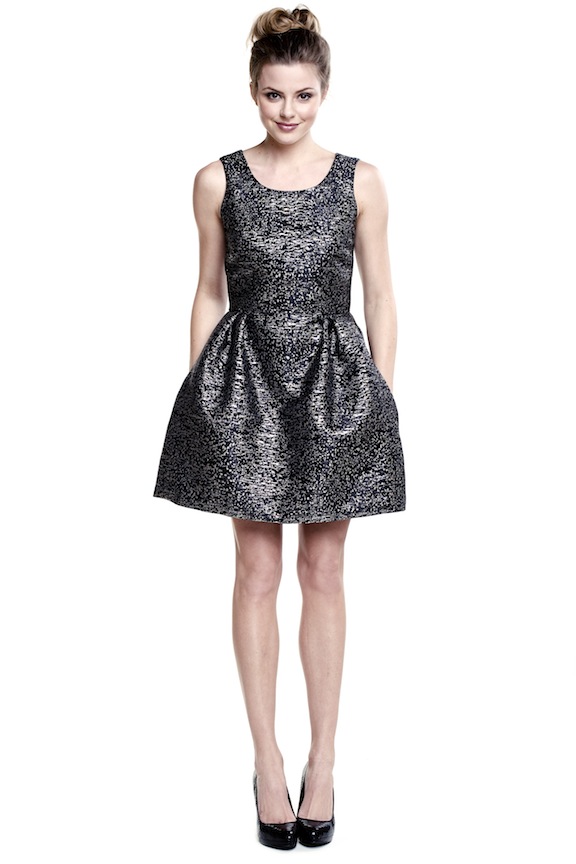 I first glimpsed Miriam Cecilia Carlson’s work from a bicycle last spring. Along the strip of more straight-laced boutiques on Diversey where her Lincoln Park studio is nestled, the dresses on display at miriam cecilia were so subtly but palpably different that I got off my bike to look closer. The dress in the window was more sculptural than I was used to seeing outside of magazine editorials: intuitively responsive to the properties of the material in its drape, but also innately structural and balanced—no small feat for an ankle-length dress that appeared to be made of tulle. A year later, I finally met Carlson and talked to her about her creations the week before she wrapped up her fifth runway collection. 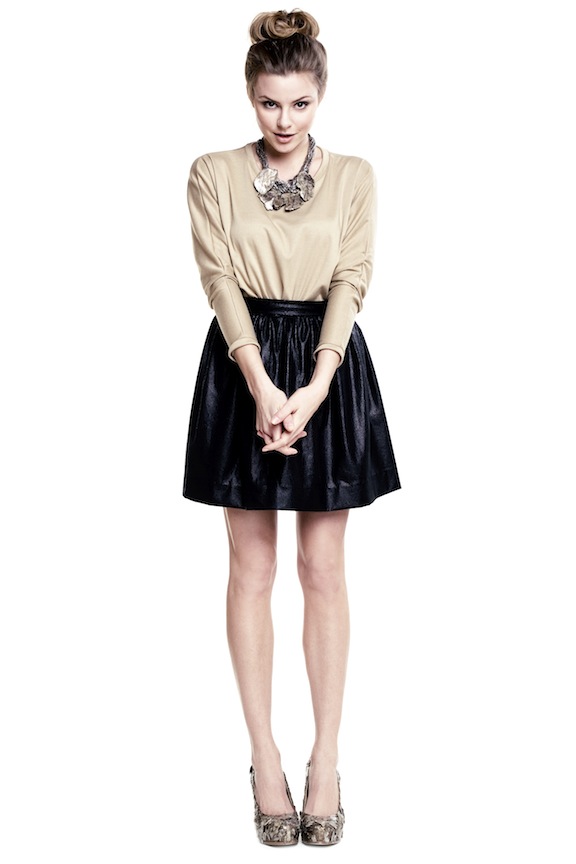 Since she launched miriam cecilia in 2010 after a residency at the Chicago Fashion Incubator, Carlson has consistently been producing her nature-inspired, deceptively simple dresses and separates in seasonal collections and custom couture gown orders. At her recent wedding, she wore a dress based on her most popular “bloom” dress, with trademark mica detailing and organic drape.

But she also provides a model of creating a sustainable, scaled fashion house in a city whose infrastructure for shows and press sometimes seems ad hoc; for example, she recently designed the uniforms for the Wit Hotel, where her fall line will be shown this Thursday, July 18, as part of the ROOF Runway project.

Carlson emphasizes that the field for designers in Chicago has been productively “rebooted” in the last years, and that the local designer scene is increasingly revitalized by a surge of style bloggers and more inter-arts events across the city; “channels, and access, are always growing,” she notes. 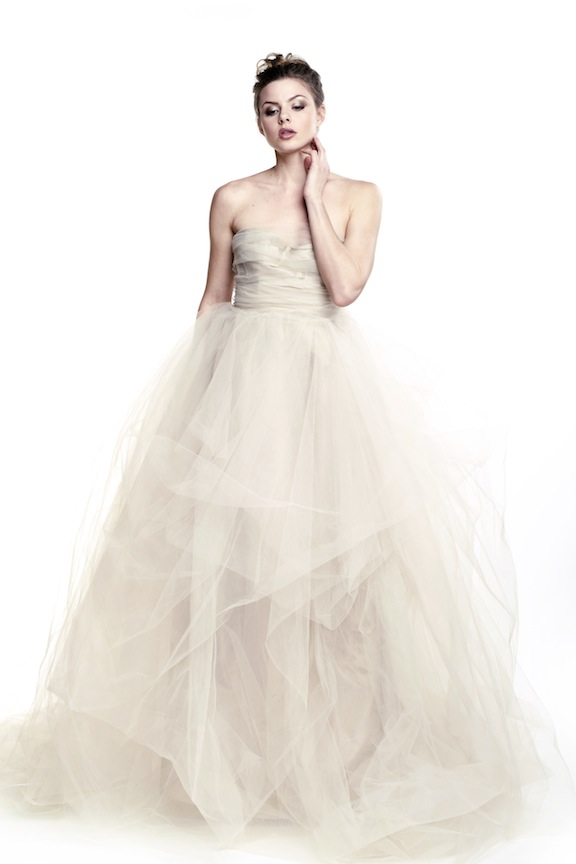 Carlson’s new collection for fall is an alchemy of her influences: a lifelong obsession with forms in nature, developed at her family farm outside Chicago where Carlson still keeps a studio (“I could make collection after collection inspired by birch trees”), contrasted with fastidious couture detailing learned while she studied abroad in Paris.

The new collection is also a meditation on the weather of fall and winter—“the contrast between sheer cold, biting ice and the surprising warmths of these seasons”—with silvery and champagne details against wintry hues and textures.

“I was thinking a lot about sheer ice storms and the way they fracture,” Carlson muses. Soon after, when I ask what other fields she could see herself in, she laughs. “If I hadn’t gone into fashion, I would have been a weather girl.” She quickly clarifies that’s only her half-joking answer. 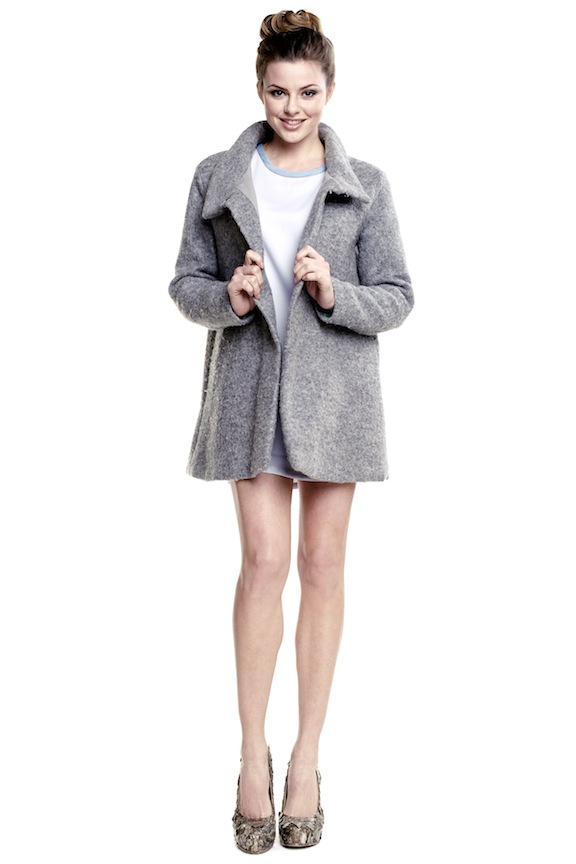 “I started off as a French literature and journalism major, and I would love to do more writing. My sketchbooks actually have tons of writing in them, almost more writing than sketches, and I only sketch drawings after I’ve created the dress. I have to drape and work with the material first, as it takes on a life of its own.” (Monica Westin)