by Brian Hieggelke
November 12, 2013Filed under: 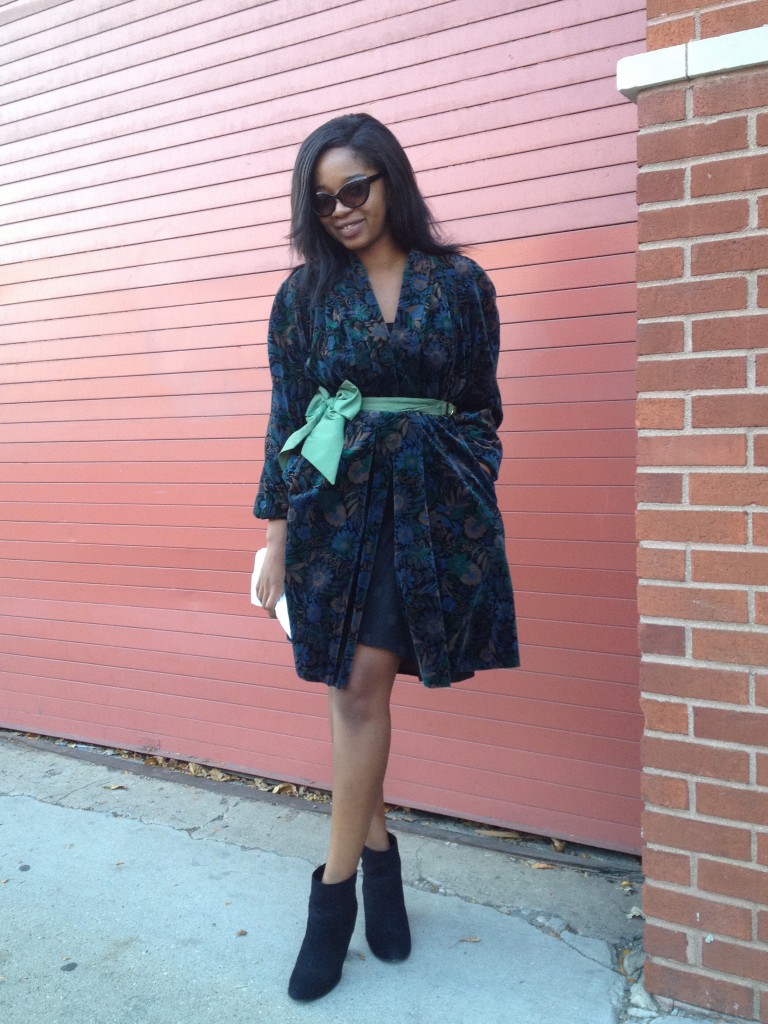 Jewelry designer Ashley Scott (ashleydrapes.com) was walking back to her studio in Wicker Park.

What made you become interested in accessories?
I became interested in accessories very young. I would take my mom’s scraps of fabric and whip up pieces. I began making pieces for myself while I was studying fine art  because there was nothing out there that I felt was really daring at that time. I began to get a lot of feedback, and people started calling me Drapes. I knew it was a calling because I couldn’t stop.

Why do you like to use tassels?
I love to use tassels. I initially started using them because they are super lightweight. I became obsessed with creating earrings that were dramatic yet lightweight in the beginning, so tassels became a good friend of mine. I also live for the movement they create. I only create pieces that have life and become one with you.

Where do you usually go when you wanna dress up?
I dress up every single day, even when I am just staying in to bang out Drapes. I don’t own a pair of jeans, so I wouldn’t know how it feels to not dress up. And it’s always cooler to dress up for no apparent reason.