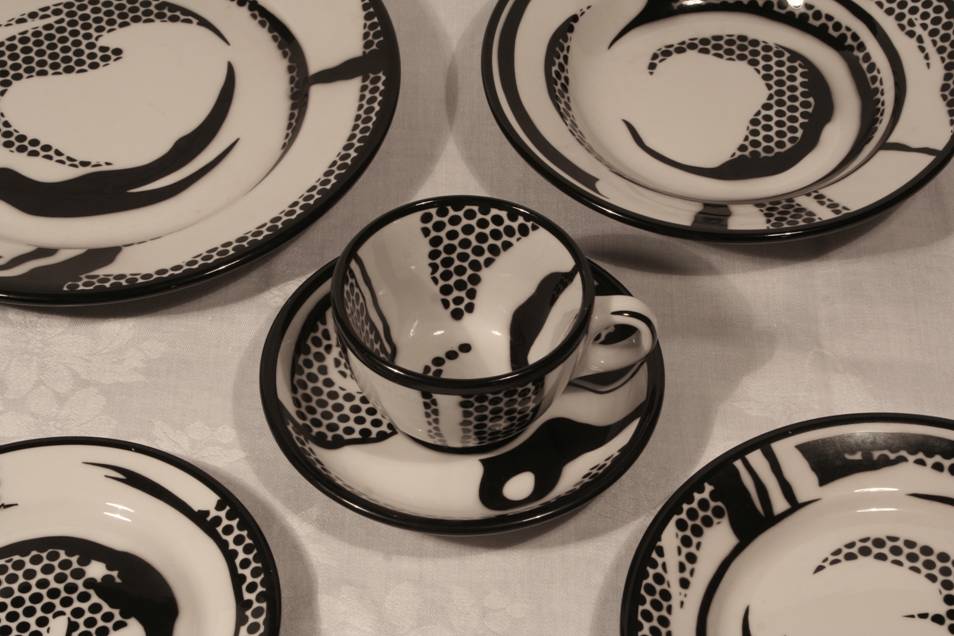 In its twentieth year, SOFA Chicago (the Sculpture Objects Functional Art and Design Fair) has become more established in the cross-sections of art, design, fashion and the academic world. And it hasn’t lost its edge. One highlight of the preliminary champagne toast was seeing what Jack Donaghy might call “business-drunk” VIPs take care not to sway too close to oddly shaped objects, twisted metal or glass-shard sculptures.

You’re not supposed to touch anything, of course, but at SOFA, it’s particularly fun to imagine you could. In the days during and following the show (which was this past October 31-November 3), I’ve always had at least one “SOFA dream,” and this year was no exception. Fortunately, I was not attacked by a squadron of John Miller’s enormous curly fries.

Held at Navy Pier near the Smith Museum of Stained Glass Windows, SOFA is hospitable to whimsy, weirdness and things taken far out of context. Highlights ranged from challenging video work to several exhibits about food, including the diner-themed Blue Plate Special and a popular showcase from the Dinnerware Museum, including a Roy Lichtenstein cup and saucer.

For every piece of jewelry that would look right on Diane Lane, there were plenty that would steal any star’s show, such as the plant-like creations of Linda MacNeil. The joy of immersion far outweighed the sum of the festival’s very disparate parts.

And SOFA is all about overwhelming oneself. After catching a bit of a lecture from glass artist William Castle or furniture maker Wendell Castle (not related), it was imperative to take another swing through the exhibits—it would have been easy to miss one of the seventy galleries in the maze-like setup, and they all promised unique and strange treasures.

As part of its quest for continued relevance, the fair established CONNECT, an exhibition and competition for students. The Pratt Institute of Brooklyn took the prize back east, but SOFA will keep Chicago on the map. (Emerson Dameron)