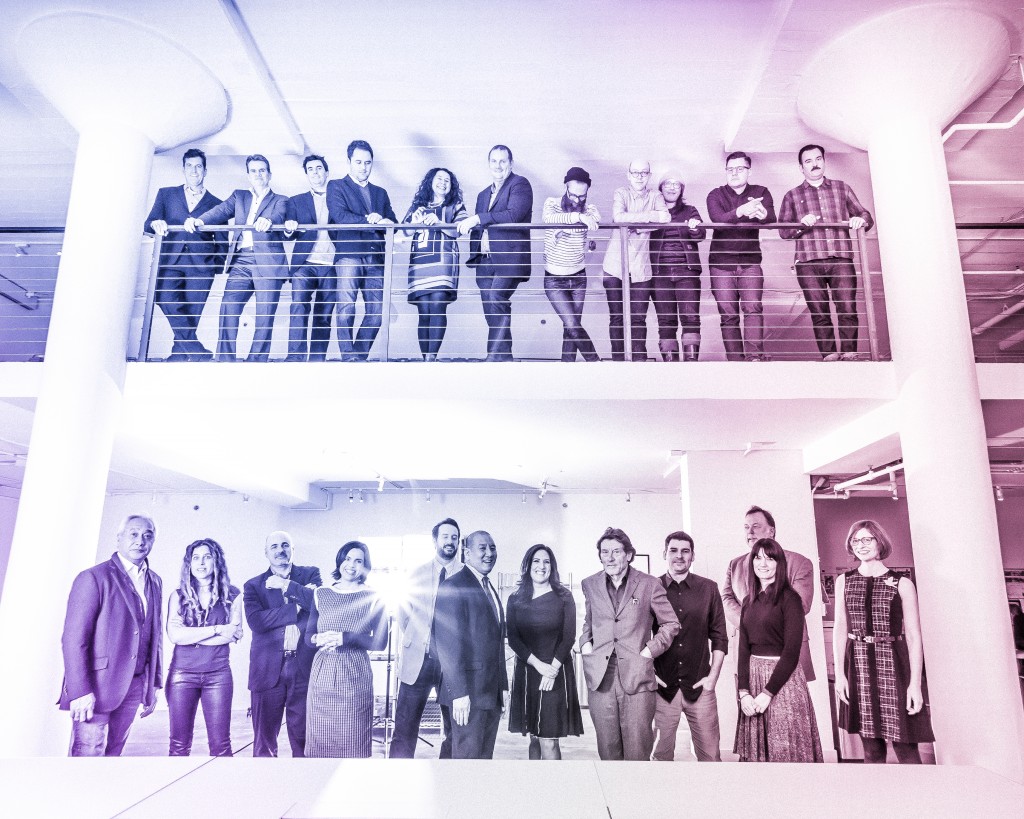 Design is the watchword of a wave of makers for whom it defines the very act of creation. This is a new and thrilling turn. A generation or two ago, to design meant something rather closer to “decorate”: one engineered the world, but one designed a needlepoint pattern. Today, design describes a broad and ever-expanding swath of human activity. We design objects and services, experiences and interfaces, infrastructure and superstructures, meals and microchips, commercial images and hidden meanings. Even our democracy turns out to be a designed product; pundits have suggested that the President is a Design-Thinker-In-Chief.

That may be an overstatement but, to be sure, design is no longer an afterthought. At this cultural moment, design has come to embody both the capacity for creative vision and the means of realizing it. Newcity’s 2014 Design 50 entries celebrate this cultural shift. For the second annual issue, we’ve sought out Chicago’s most respected—and most promising—designers from across industries. They are visionaries and doers. They are Chicago’s top creatives. And, though it was not a criterion for selection, they may just be among Chicago’s best-looking. (F. Philip Barash)

All photos were taken at Liska + Associates in Chicago.

1
Helmut Jahn
Architect
It’s tempting to think of Helmut Jahn as a brand, an image carefully composed of curvy corporate skyscrapers, glossy monographs, slick suits, and aggressive logo typography of his recently-rechristened firm JAHN. Resist the temptation. Beneath the brand is a designer of considerable subtlety, variety and wit. We need not go far for evidence: the German-American architect’s recent commissions are some of the best in an enviable career. In Jahn’s hands, a utilitarian chiller plant on the University of Chicago campus sparkles like an ice cube. A few blocks to the north, the futuristic dome of the Mansueto library—a single volume that bubbles up from a campus lawn—gives future Nobel laureates access to much-needed daylight. The two structures are close neighbors and share a vocabulary of glass and steel, transparency and rhythm. They are kindred and yet they couldn’t be more different. Jahn may have a signature style but, thankfully, it hasn’t calcified into self-mimicry.

2
Sara Frisk
Graphic designer
Since 2005, Sara Frisk rose from graphic-design freelancer to portfolio director at IDEO, the firm that has quietly revolutionized the design industry by launching the epidemic of “design thinking.” In that time, Frisk has worked on meaty projects such as interaction redesign for the video-rental-service Redbox and branding for Divvy, Chicago’s game-changing bike-sharing service. In both cases, Frisk’s team relied on extensive field research to frame the issue. “We are trying to make an experience more delighting and intuitive for people,” explained Frisk. The approach must work: we have had a delighting experience with Divvy, as have critics, politicians and end-users who have kept an eye on the service’s progress in its inaugural year.

3
Carol Ross Barney
Urban designer
If you are a Chicagoan of a certain age, you remember a time when the Chicago River wasn’t just a little nauseating. It was downright awful, a festering wound through the middle of the city. That we think of the river these days as a nice spot for a coffee is a miracle which we owe in large part to Carol Ross Barney’s persistence. A landscape architect with a civic bent, Ross Barney has worked for some two decades to build a coalition, advance a vision, and develop a design for the Riverwalk. The first phase connected the lakeshore path to a newly created walkway along the river’s south edge to State Street. Raise your gaze when you pass under the noisy bridges to see a simple, stainless-steel screen that reflects river water. Now, together with Boston-based Sasaki, Ross Barney’s design for the second stage promises an urban adventure. Every block from State to Lake is a “room” with its own identity. One block is an amphitheater, another a wading pool, another a kayak pen. The Riverwalk is decades in the making, and we can hardly wait to try it out.

4
Nick Cave
Fashion designer
Nick Cave has paved a provocative path by using found objects to evoke strong responses. Despite the wearable, whimsical and sculptural elements of Cave’s now-famous fabric Soundsuits, it’s what they represent that matters. The suits, says Cave, “are very political once you get inside of them.” For his recent Heard NY exhibition, Cave transformed a section of Manhattan’s Grand Central Station with a herd of thirty colorful life-size “horses” that performed choreographed movement twice a day. The activist designer’s upcoming September show at New York’s Jack Shainman gallery will showcase objects of black memorabilia (such as a spittoon) in order to address consumerism and the manufacturing of racism: “I want to be able to make a difference using art as a force of change and relevancy in that sense.”

5
Rick Valicenti
Graphic designer
As the founder of Thirst, Rick Valicenti is Chicago’s graphic design ambassador, with a global reputation and list of awards and exhibitions too long for this publication. Thirst’s work transcends traditional graphic design venues, with recent projects including the 600-foot two-story glass mural for O’Hare’s Terminal 5 and the identity and signage for the Black Ensemble Theater. On a personal level, Valicenti says he’s engaged for the next three years “in a series of Moving Design interventions in Beijing leading twenty interdisciplinary graduating designers to respond to issues surrounding (the lack of) fresh air”; the project goes by the name DEEP BREATH. Here at home, Valicenti is curating the upcoming “CHGO DSGN” exhibition: a retrospective of recent object and graphic design at the Chicago Cultural Center on May 30. 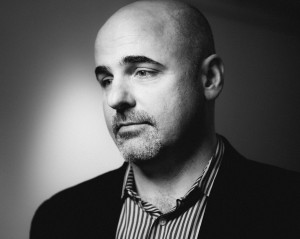 6
John Tolva
Systems designer
The architecture powerhouse of Adrian Smith+Gordon Gill Architecture has some of the world’s most iconic super-tall buildings in its portfolio. Now, having conquered heights, AS+GG is seeking dominance over horizontal plains with the introduction of PositivEnergy Practice, an engineering and consulting firm that handles city- and regional-scale design. That’s the scale—systemic and complex—at which John Tolva is most comfortable. Tolva, who most recently served the Emanuel administration as chief technologist, is interested in cities as “platforms,” or enormous networks that generate, aggregate and analyze data. This isn’t merely speculative; Tolva’s long tenure at IBM was focused on using data to improve infrastructure and government operations. At PositivEnergy, where he was recently made president, Tolva is already leading an environmental design and planning effort in Astana to, ahem, make benefit glorious nation of Kazakhstan. Tolva’s greatest talent as a designer, though, may be his ability to humanize technology. In the private sector and in government, his work is ultimately about users, citizens—the “wetware” of systems design. He may have gleaned this truth as an occasional DJ; Tolva knows that the point of electronic music isn’t to bend circuits or bang records. It’s to get people to dance.

7
Jeanne Gang
Architect
Even architects who bargain with the Prince of Darkness ask in return for their souls a career only half as illustrious as Jeanne Gang’s. Gang’s list of accomplishments is long and its highlights well-documented: a delicate pavilion at the Lincoln Park Zoo, a variegated glass cube at Columbia College, a sinuous tower downtown. And, lest we be accused of understatement, she is a certified, bonafide MacArthur genius. We can’t help feeling that Gang is just getting started, though. In the past few months, her firm, Studio Gang, won an international competition for a new dorm on the University of Chicago campus and received another commission for a high-rise at Lakeshore East. All hype aside, Gang is doing something important, both in the design of her buildings and in the way her entire body of work reflects on Chicago’s status as an architecture destination.

8
Scott Wilson
Product designer
Scott Wilson is the founder of MINIMAL, a Chicago design studio where the designer combines his two loves: design and entrepreneurship. Wilson credits his time at Nike, where he was global creative director, with preparing him to create for and collaborate with the consumer. Wilson’s focus in his designs is the consumer and he aims to create long-lasting solutions for what he calls “a temporary culture.” MINIMAL has created for Xbox, Motorola, Fortune Brands and other start-ups. The stuff itself is, as the name suggests, immediately compelling and user-friendly. For Wilson, the connection between the interface and the user is at the vital heart of design. Minimizing the interface until it virtually disappears is the creative challenge. That’s why Wilson’s work has been recognized by every imaginable industry trade publication; he has been named one of Fast Company’s Masters of Design. 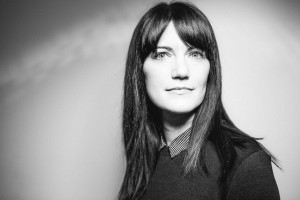 9
Alisa Wolfson
Graphic designer
Since starting at Leo Burnett in 2008, Alisa Wolfson has been busy. She founded, and now heads, Leo’s in-house Department of Design, lends a creative hand to Farmhouse, the agency’s internal incubator, and works on blue-chip accounts like Coke and McDonald’s. Wolfson also serves as the design director for Lampo, an experimental sound art nonprofit in Chicago. In 2012, she received the D&AD White Pencil for her work on Recipeace, a social movement that convenes people over a meal to solve pressing challenges—a mouthwatering creative solution we can endorse. Wolfson has collected countless awards and media accolades for her work; she was recently named among 30 “Women to Watch” by AdAge Magazine. We are watching indeed.

10
Jimenez Lai
Architect
Jimenez Lai’s interview in Architect magazine raised eyebrows not because Lai was photographed with his cat, Helvetica, in the foreground. Nor was it because Lai dismissed the vogue notion that architects’ primary mode should be social consciousness. It was because Lai told architecture’s official licensing body that he wasn’t especially interested in licensure. He’d rather engage in formal experimentation, he said. And experiment he does. The youthful UIC instructor is already on the international circuit; he has won important competitions, exhibited at home and abroad (one of his strange pieces of “super-furniture” was collected by the Museum of Modern Art), and had his first monograph, a graphic novel, published by Princeton Architectural Press. This summer, Lai will be representing Taiwan at the Venice Architecture Biennale. Why all the celebrity? It may be because Lai’s work has an uncanny, dreamlike quality—a kind of a Freudian subconscious of architecture. Lai’s design exists beyond the terrestrial boundaries of building. One chapter in his graphic novel, for instance, debates whether plans or elevations are better suited to defying gravity. Another imagines a dystopian world in which the government prohibits people from having sex with buildings—but, thankfully, only certain types of buildings. Even Lai recoils from a world where people may not love at least some architecture.