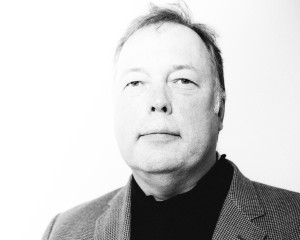 11
Brad Lynch
Architect
Credited with breathing new life into Chicago’s modernist tradition, Brad Lynch’s firm Brininstool + Lynch has given us unabashedly stark compositions that make us wish that we all lived in glass houses. But don’t be fooled by the simplicity of Lynch’s designs: nuances of faceted glass, interplay of volumes, and novel juxtapositions of materials reveal themselves as you get up close to his work. Give it a try next time you pass the high-rise R+D 659 or 1620 and 1720 South Michigan, which are best viewed as a pair: they are a relief from the so-so-ness of neighboring condo buildings hastily put up during the last boom. But some of Lynch’s best work is also the most intimate; his private residences manage to follow modernist strictures without losing a sense of domestic comfort. Since we don’t encourage trespassing on private property, wait for a forthcoming monograph on B+L’s recent work to peek inside.

12
Dave Vondle & Jerry O’Leary
Product designers
Interaction designer and electrical engineer Dave Vondle and industrial designer and mechanical engineer Jerry O’Leary are the dream team behind Central Standard Timing, the Chicago company that designed, and is about to ship, the world’s thinnest watch. At less than a millimeter thick, O’Leary and Vondle created a slender timepiece that capitalizes on the promise of digital simplicity. The time-telling function takes center stage in the CST-01, a paper-thin cuff forged of titanium with an E Ink display. And for the design aficionado with an environmental conscience, this watch boasts a first-of-its-kind battery that promises to charge in twenty minutes, keep its charge for a month, and last fifteen years. It looks like something out of Star Trek, and it’s worthy of the most discriminating wrists—we can imagine everyone from James Bond to Batman to Victoria Beckham sporting one. 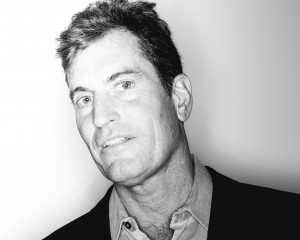 13
Ross Wimer
Architect
Ross Wimer is most at ease when he talks about things that are close to, but not quite, architecture. He can fluently discuss the installation art movement of the 1960s, compare and contrast aerodynamic qualities of certain vintage motorcycles, trace long lineages of architectural mentors and disciples, rhapsodize about the joys of long-haul air travel, and list the virtues of his running shoes. For mere mortals, these would be fatal distractions. For Wimer, who did nearly two decades of hard time at Skidmore, Owings & Merrill before being appointed lead designer at mega-firm AECOM, they satisfy an intellectual curiosity and fuel his work. We wonder if motorcycle parts and high-tech sneakers contributed to the twisting form of Dubai’s Cayan Tower, a masterpiece among masterpieces. We wonder if Wimer’s fascination with large-scale installations inspired the Ledge at Willis Tower—public art writ tall. And we wonder too if Wimer’s wide-ranging interests will give him the focus to guide AECOM to design leadership. 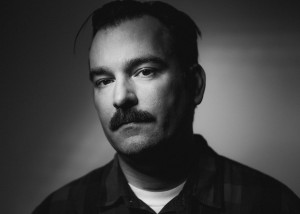 14
Cody Hudson
Graphic designer
Cody Hudson embodies the contemporary idea of the artist as designer as entrepreneur as he strides effortlessly, it seems, across those worlds. As a fine artist, he exhibits with Andrew Rafacz Gallery in Chicago and recently had a show at V1 in Copenhagen; as a designer, he channels his work through Struggle, Inc. and does work for the likes of Stussy, Nike and Letherbee Distillers. As an entrepreneur, through his interests in Land & Sea Dept., he partners in hotel-restaurant Longman & Eagle, Parson’s Chicken & Fish and a to-be-named upcoming bar on California. As if that’s not enough, Hudson recently started dabbling in fashion design with what he calls “a small collection of clothing called Dead Hommes with France-based company Sixpack” and home design, via his second collection of children’s sheets and accessories for Unison.

15
Stanley Tigerman
Architect
It’s hard to know where to begin with Stanley Tigerman, or where to end. He is an icon and an iconoclast. He is the Old Man of Chicago architecture and he is its enfant terrible. His most famous work isn’t a building he created but one he sunk in Lake Michigan—albeit symbolically. His ethics are absolute. His language is foul. HIs archives are at Yale. His work is, for the most part, in Chicago. He is preoccupied with mortality and has designed his own headstone. He is obsessed with youth and is a prolific mentor, teacher and champion to generations of younger designers. His architecture is peripheral to his life’s work and his architecture is what undergirds everything else—the writing, the teaching, the raging. He is a raconteur, a trickster, a moralist, a myth. Tigerman is, consistently and unapologetically, Tigerman. And that in itself is a great feat.

16
Maria Pinto
Fashion designer
Maria Pinto put Chicago on the fashion map in 2008 when Michelle Obama, wearing a lavender Pinto dress, gave her husband a fist bump on the campaign trail in Minnesota. By wearing Pinto’s solid-colored, feminine dresses that whispered effortless chic, Oprah Winfrey—another customer—and Obama demanded the world notice style from a flyover state. And now, three years after closing her West Loop boutique, Pinto is returning to the scene. This month, the designer launches her new ready-to-wear line, M2057 by Maria Pinto. Having surpassed her crowdfunding goal on Kickstarter, Pinto will market signature dresses and jackets, as well as accessories, online. M2057 clothing is affordable, contemporary and functional, and in true Pinto fashion, designed for real women.

17
John Ronan
Architect
John Ronan has the credentials. A master’s degree from the Harvard Graduate School of Design. A career begun under Stanley Tigerman. A professorship at the Illinois Institute of Technology. A firm, John Ronan Architects, that has a diverse portfolio of work, excelling at cultural and academic institutions like the colorful Gary Comer Youth Center on Chicago’s South Side. An acclaimed building in the Poetry Foundation that elevated Ronan into the top tier of a new generation of architects. An exhibit, “Iterations: John Ronan’s Poetry Foundation,” currently at the Art Institute of Chicago examines Ronan’s built and speculative work. Ronan’s expansive resume creates high expectations. Will he continue to deliver?

18
Nick Butcher & Nadine Nakanishi
Graphic designers
Nick Butcher and Nadine Nakanishi, the duo behind graphic art studio Sonnenzimmer, thrive at the sharp edge of fine art and graphic design. Just under a decade ago, Butcher and Nakanishi closed their separate painting studios to found Sonnenzimmer, a graphic art and printmaking shop that wasted no time in making its mark. Their enthusiasm for abstract art, thoughtful design and scrupulous typography can be read off the surface of their work. Their prints stand out: awash in cheery pastel hues, they maintain a distinctly human feel without relying on a figurative approach, and take a refreshingly modernist and minimalist style. In their shop, the pair labors to create custom-designed, hand-printed pieces that range from individual art commissions to commercial marketing materials. And their public projects—like a series of light pole banners emblazoned with excerpts of verse that Sonnenzimmer produced for the Poetry Foundation—make us lament that so few graphic designers are willing to take on the public realm. 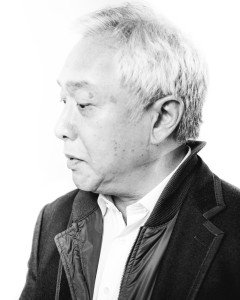 19
Gary Lee
Interior designer
The charismatic and ever-evolving Gary Lee is at the helm of Gary Lee Partners and Atelier Gary Lee: an interior design firm and a design showroom, respectively. It only makes sense that Lee has expanded beyond a design practice into the world of retail: the first question anyone asks about Lee-designed interiors is “where did you find that?” A designer with an international reputation, Lee has been inducted into the Interior Design Hall of Fame in recognition for his attention to detail and a honed ability to make a space feel unified. Lee’s interiors don’t adhere to a single style: his intention is to create experiences that are, in each case, appropriate and memorable. Lee also contributes to Almost Home Kids, a nonprofit that helps families of medically fragile children move toward living at home.

20
Carlos Segura
Graphic designer
The typographically inclined Carlos Segura founded his firm in 1991 after a career in top ad agencies in Chicago. His design firm, Segura, Inc., is based in Chicago and works with major national clients. His work has garnered worldwide recognition and he has been named among the top 100 designers of the twenty-first century. Segura is also a veteran of the typography world. He started T26, a Digital Type Foundry, in 1994 and has since launched Cartype, Biketype, Mototype and Trucktype—a series of typographically themed transportation blogs. Segura’s many fonts are used throughout the world and his work has been featured in publications and exhibits in the U.S., Germany and Japan.