21
Carlos Martinez
Interior architect
Recently elevated to the board of one of the world’s most respected architecture firms, Gensler’s Carlos Martinez belongs every bit in that rarified air. Martinez is impeccably styled, invariably charming, just the right amount of mysterious—a faint accent is a reminder of his Cuban heritage—and omnipresent on the social scene. Once, we witnessed Martinez host tables at two galas in a single evening. But none of that prevents this Fellow of the International Interior Design Association from being a hands-on designer, dreaming up sophisticated interiors for Astor Street elites and whimsical workplaces for whiz kids at 1871. In Gensler’s sprawling studio in the old Carson’s building, Martinez opts for a desk alongside his interior architecture staff, rather than a private office. We don’t know how he does it all, but we hope he keeps it up.

22
Jonathan Nesci
Furniture designer
Jonathan Nesci founded HALE, a furniture-design powerhouse, in 2006 and has garnered international attention for his industrial monochrome and clean pieces that incorporate concrete, steel and other industrial materials for residential use. Nesci’s pieces are about aspiration and desire; even when they are minimal, they are never cold. Based dually in Chicago and Scottsburg, IN, HALE’s futuristic aesthetic has gotten plenty of buzz from New York’s ICFF and has been featured in exhibits in Miami, Paris, Milan and London. 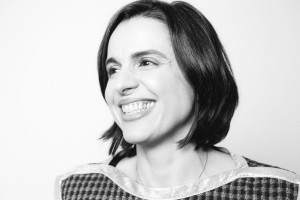 23
Jeremiah Chiu & Renata Graw
Graphic designers
After getting to know each other as students at UIC, Jeremiah Chiu and Renata Graw started Plural in 2008, making them the newish kids on this block. WIth a multi-disciplinary focus and a client base including a wide range of cultural institutions, like Lyric Opera and the many manifestations of Theaster Gates, Plural has also garnered attention for its print publication work for various Edmar enterprises (Lumpen, Mash Tun, etc.) and Alarm Press. Closely connected to the art world, they had a show last summer at the Public Works Gallery and this summer will engage in a  residency/exhibition at the A+D Gallery at Columbia College.

24
Kara Mann
Interior designer
Since opening her interior design firm in 2005, Kara Mann has become renowned for merging traditional and modern style. Mann’s juxtapositions are masterful: contemporary lines meet opulent textiles, classic pieces are updated with modern hardware, worn heirlooms warm up sleek surfaces. It’s no surprise that Mann has earned Vogue’s praise as a member of the coveted “Vogue 100.”  Mann’s interiors for residential and commercial spaces are a mainstay of glossy magazine pages. Most recently, Mann launched Moore & Giles, a collection of leathers that pays homage to leather, fashion and men—three of the designer’s “favorite things.” She has chosen wisely.

25
Shane Gabier & Chris Peters
Fashion designers
Founded in 2008 by a couple that met in the fashion department at SAIC, Creatures of the Wind was born out of a romance and passion for avant-garde fashion. A darling on the runway, Creatures is now sold at retail outlets worldwide, including Ikram, New York’s Dover Street Market, Isetan department store in Singapore, and the RA Boutique in Paris and Antwerp. Shane Gabier and Chris Peters are still based in Chicago, but it’s inevitable that their concept-driven, artisan women’s wear will continue to turn heads and intrigue influencers. 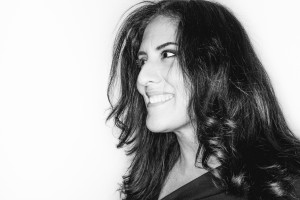 26
Pat Natke
Architect
If your argument is that people who are not wealthy ought to have access to good architecture, look no further than Pat Natke for support. Her firm, UrbanWorks, produces vernacular architecture, much of it in working-class immigrant neighborhoods.  She’s tackled one of architecture’s toughest challenges: designing accessible, mixed-income housing without condescending to residents. Her South Side buildings humanize CHA developments by breaking up the scale. Her La Casa dormitory building in Pilsen manages to avoid feeling institutional by using the vocabulary of modern loft living. And if that wasn’t enough, Natke is a frequent and passionate participant in civic projects, including a speculative architecture exhibit at the Chicago Architecture Foundation and a planter installation on North Michigan Avenue. 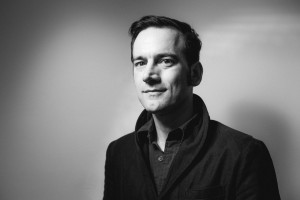 27
Matt Wizinsky
Graphic designer
The cerebral designer Matt Wizinsky comprises the one-man operation behind Studio Junglecat, an interactive design studio for a new age. Wizinsky’s projects are often multifaceted experiences with a social practice bent, provoking ethical questions and providing the impetus for changemakers to get out there and make change. Whether he’s developing a graphic identity for a corporate client (see his bold and subtly humorous mark for pharmaceutical consultancy FocusRx), honoring a design legend (as in his clean, personal, fluid video on German designer Erik Spiekermann), or entering the lion’s den to question the beast’s motives (like in the case of the I Can Wait project, which began when he gave a presentation at the Apple store that addressed human rights issues behind the fabrication of the company’s products), Wizinsky never tires in his quest to make the world better through quality design. 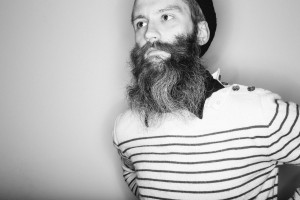 28
Michael Catano
Product designer
We’ve heard Michael Catano’s custom bikes described as a “poem in steel.” That may be a reflection on the bicycles themselves, each of which is painstakingly handcrafted in Catano’s South Side studio, Humble Frameworks. It may also reflect Chicago’s breathless admiration for bicycling, which started with modding Schwinn bikes and has over the past few years evolved into a network of artisans who produce machines of exceeding detail—and prices to match. Catano’s the poster boy of the artisanal bicycling movement in Chicago, a reputation earned with bikes that are fast on the racecourse and noble on the commute to work.

29
Chris Eichenseer
Graphic Designer
Chris Eichenseer founded the Wicker Park design studio Someoddpilot in 1999. In the years that followed, Someoddpilot has grown to offer everything from print and digital ads to content strategy—and boasts major corporate clients like Merrell and Budweiser. But Eichenseer’s work still has the wit and honesty of a young design studio. Maybe that’s why Someoddpilot attracts clients that value a fresh perspective. Someoddpilot count among its clients the music conglomerate Pitchfork Media and collaborative consumption office space Workspring.

30
Borris Powell
Fashion designer
An Alabama native, Borris Powell arrived in Chicago in 1997 to make his sewing dreams come true. To break through, he worked in retail and took classes at JoAnn Fabrics. By 2009, his women’s evening gowns hit local fashion shows. By 2011, the press took interest when Powell won the Oscar Designer Challenge with the “black swan” evening gown. Then, in 2012, Grammy nominee Ralphi Rosario wore a navy blue Powell dress to the award show. With his work in the national spotlight, Powell launched a sophisticated men’s line, BjP, followed by a women’s ready-to-wear line in 2013. Today, Powell collections are sold online, and in area boutiques.