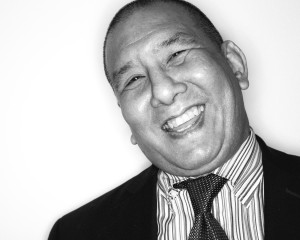 31
Ernie Wong
Urban designer
Ernie Wong is lucky. His firm, Site Design Group, has shaped great swaths of land in Chicago. Wong’s Ping Tom Park, recently expanded into the no-man’s land north of 18th Street along the Chicago River, has set the template for unfussy, vernacular community spaces. A park in Lakeshore East, another in the West Loop, and Bridgeport’s beautifully remediated Stearns Quarry followed. Walking along elevated paths through Stearns Quarry, with a marsh to one side and a gentle hill to the other, you might hear the whoosh of a fishing line cast by an old man into a glassy pond. The effect is like that of entering a wardrobe and emerging into a fable. Each of Wong’s spaces is different, but they all share that sense of timelessness and awe—and a cast of frolicking high-schoolers, sleepy dogs, children on swings, runners stopping for a drink of water. Wong’s luck is likely to hold: the street address of his office, 888, according to Chinese tradition, guarantees good fortune.

32
Jason Fried
Information designer
The enemy of every meddling middle manager, software entrepreneur Jason Fried is a master at making work workable for the rest of us. Thank the Basecamp founder for your favorite project management applications, like the company’s flagship product, Basecamp, for which the business, formerly known as 37signals, is now named. A man who practices what he preaches, Fried right-sized and renamed his company in February of this year, scaling back operations to focus solely on Basecamp. The tool, fifteen million users strong, manages your to-do lists, time tracking, team communications, and file-sharing. But Fried isn’t just a web design wonk. He is also the author of New York Times best-seller “REWORK” and co-author of “Remote: Office Not Required”—both of which explain in a friendly and familiar tone why working in an office ruins everything for everyone. Fried is passionate about simplicity, efficiency and functionality, but don’t let that fool you. On a tour of Basecamp’s office, which embodies the company’s productivity principles, we spied the following: a placard of brackets in various typefaces that look like moustaches and a profanity-laden inspirational poster encouraging the reader to “get over your f***ing self.”

33
John Vinci
Architect
John Vinci is the dean of preservation architects in Chicago, dating back to the sixties, when he palled around with the likes of Richard Nickel and Tim Samuelson, and notably salvaged and reconstructed the Chicago Stock Exchange Trading Room. He later designed the Miesian Arts Club of Chicago, showing a range of preservation practice that spans all of Chicago’s great masters, including Frank Lloyd Wright, and had a hand in numerous museum renovations. His firm, Vinci-Hamp Architects, is currently at work on the renovation of Chicago’s Museum of Contemporary Photography as well as the west wing of the Illinois State Capitol in Springfield.

34
Dawn Hancock
Graphic designer
Dawn Hancock professes she’s glad, in retrospect, that she wasn’t older when she started Firebelly because she might’ve been too aware of the risks. Luckily, as a fearless twenty-something, she paid no attention to risk. Founded in 1999, Firebelly, Hancock’s collaborative design firm, is principled and committed to advancing positive change—both through its core work and offshoot projects, such as Grant for Good. In 2006, Hancock created Reason to Give, a nonprofit that consolidates donations and provides needed supplies to the Humboldt Park community with 100 percent of proceeds going to families: all pre-Kickstarter. Consistent with Firebelly’s big-hearted approach, Hancock serves AIGA Chicago as the Community Outreach Chair.

35
Holly Hunt
Furniture designer
When Holly Hunt started her interior business in 1983, she began with a small showroom in the Merchandise Mart, and filled it with choice pieces that immediately captured the attention of the trade. With a refined eye, Hunt ensnared mid-century furniture designer Karl Springer and discovered minimalist designer Christian Liaigre. By 2010, she expanded her studio line to include lighting, rugs, and fabrics and added collections by French architect Jean-Michel Wilmotte and the American fashion designer Ralph Rucci. The grand dame of interiors, Hunt now runs seven U.S. showrooms and one in São Paulo, and is planning showrooms in London, Dallas and Houston. The commercial furnishings giant Knoll recently acquired Holly Hunt Enterprises, giving the designer substantial capital for her next venture, whatever it may be.

36
Jason Pickleman
Graphic designer
Jason Pickleman graduated with a degree in English and his preoccupation with language—the irreducible tension of form and meaning—is at the heart of his design approach. His work is always literate and sometimes literary. At its best, it approaches poetry, which, as Pickleman knows, shares a root with “poiesis,” a term which means making, both in the sense of creative production and, well, Creative Production: willing something out of nothing. Pickleman’s output is prodigious; we’ve never heard him say no to anything. We can imagine some day that tourists on double-decker buses will take a themed tour of Picklemania. We can hear the guide pointing out the logo for Millennium Park, swinging by the West Loop to gawk at Avec and Blackbird, continuing north to the marquee at the Metro, and ending up with a shot of “Pickleman’s Poison” at Eleven City Diner. Along the way, ticket-holders will likely witness the Pickleman himself, striding in signature haste to sneak into a movie premiere or exhibition opening.

37
Felicia Ferrone
Product designer
Felicia Ferrone is a Chicago native with a global resume. After graduating with a degree in architecture, she moved to Milan and worked under some of Italy’s most prominent designers, including Antonio Citterio and Piero Lissoni. It is during that time that Ferrone first formulated her belief that design and the broader social environment are interconnected and influence each other. Her less-is-more minimalist aesthetic produces functional objects—think stemware—that are an easy fit with Italian aristocracy and Midwestern cupboards alike. fferrone, her label based in Chicago, is known for reinventing expectations and creating you-have-to-see-it-to-believe-it wares that make it to holiday wish-lists the world over.

38
Tom Burtonwood
Product designer
Long before President Obama name-checked 3D printing in a State of the Union address, Tom Burtonwood was a pioneer in a strange and new field. The British-born artist and professor recognized that 3D printing technology has the potential to disrupt the design establishment by not only making prototyping nearly instant, but by rendering precious objects common and accessible. An object lesson is Burtonwood’s current residency at the School of the Art Institute, where he is taking scans of art objects and reproducing them in neon-colored, tactile prints. He plans to release the resulting models as a 3D book—a kind of a hybrid of bas reliefs and children’s pop-up books. Burtonwood may just be stereolithography’s most committed evangelist. He and his equipment pop up in galleries, art stores, maker fairs and, recently, at the 3D Printer Experience, a space for the public to poke at the machines that will some day soon take over the world. 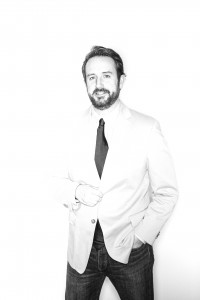 39
Zach Borders
Urban designer
The founder of Civic ArtWorks worked at an architecture firm where he had sat through too many planning meetings that featured discussions among planners, by planners, to planners. Sometimes, to change things up, developers joined a meeting. Sometimes, a handful of community residents would show up to a planning review. The residents had two modes: apathetic and angry. Zach Borders wondered if there was a better way. There wasn’t then, but there is now. Borders developed a piece of software of startling simplicity. By drawing on collective intelligence of the Internet, localizing it to a neighborhood, and asking the right questions, Civic ArtWorks lets planners communicate directly and productively with (gasp!) Not Planners. Borders refined the idea at 1871’s ImpactEngine incubator and tested it in the town of Plainfield, which had struggled to get public consensus on redeveloping a commercial corridor. The resulting vision for Plainfield was met with neither apathy nor anger; instead, it was met with more than 1,200 opinions from people in the community. 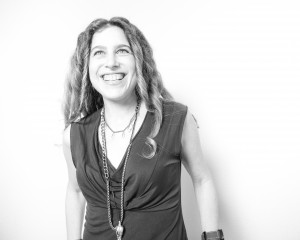 40
Brenda Bergen
Graphic designer
“I think I’m a late bloomer,” says Brenda Bergen, founder of Wink Design. Bergen admits she doesn’t do anything until she’s ready (like marriage and motherhood), yet she’s fearless when it comes to graphic design. From Tori Amos’ album packaging, to big ideas for homegrown luxury chocolates Vosges, to dreaming up brand identity for the restaurant A10, Bergen does it all. “I like the big picture and the details,” says Bergen. Her list of likes continues with hands-on design, branding, connecting, writing, thinking, dabbling. The versatile designer recently launched a blog, “Get Fueled,” which features Bergen’s conversations with other notable creatives such as Maxwell Ryan, founder of Apartment Therapy, about their process. As for her own creative process, Bergen says it’s uncomplicated: it’s equal parts intuition and personality.