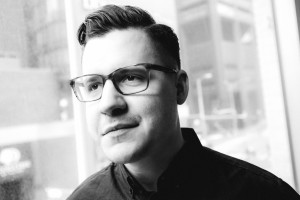 41
Matthew Hoffman
Graphic designer
Just over ten years ago, Matthew Hoffman initiated a simple project. “You Are Beautiful” was initially manifest through a free decal. Since that time, he’s distributed more than 1.5 million stickers, created epic signs and other implementations of the phrase—a gargantuan version cheers us up in traffic jams on Lake Shore Drive—and has seen his simple undertaking become a true cultural phenomenon. Beyond this, he straddles the fine art/design space, with recent projects like his “Let’s Be Human to Each Other” installation at the  Center for Book and Paper Arts Papermaker’s Garden at Columbia College Chicago.

42
Martin Felsen
Architect
Martin Felsen, co-founder of UrbanLab, designs models, but not the kind you think. Felsen’s modeling is of the futurist, predictive kind, the kind that might tell us how much potable water, if any, we’ll have left in a generation. UrbanLab’s work has become closely associated with this kind of thinking at the edge of design and futurism. UrbanLab’s projects tackle some of the most pressing urban and environmental concerns, such as the interaction between the Great Lakes and the metropolitan areas that surround them. Through his teaching—Felsen is on faculty at IIT and formerly directed the alternative architecture school Archeworks—and frequent talks, publications, and exhibitions, Felsen is helping to raise public awareness of the problems. And through his architectural practice, Felsen is ceaselessly searching for solutions.

43
Logan LaHive
Interface designer
A self-professed creature of habit and small-business loyalist, entrepreneur Logan LaHive solved the traditional customer loyalty program’s classic punchcard problem with Belly. As the company’s founder and CEO, LaHive takes pride in working closely with small business owners to build customized loyalty programs that speak to each company’s unique personality and quirks, while adding value with lots of stats, analytics and consumer data, and rewarding customer loyalty. The product’s beauty is its usability: customers sign up with a few quick taps on an iPad, and then accrue rewards that remain in the cloud, relieving wallets of the strain of carrying dozens of paper punch cards. The California native came to Chicago to work with Lightbank and stayed because of a girl. So LaHive is lucky in love and money? We’re just happy with a free sandwich, and since his product helps get us there, we won’t begrudge him his good fortune.

44
John-Paul Wolforth
Graphic designer
John-Paul Wolforth is the designer’s designer who brought to life the never-before-produced posters created by modernist icons John Massey and John Rieben when they worked as designers for the Container Corporation of America. Part of the company’s Cultural Communication Project, the posters touted Chicago’s great attractions, often through the use of straightforward text and simple, elegant geometrical designs. Wolforth was browsing the Museum of Modern Art’s collection when he stumbled across Massey’s creation, “chicago has a great lake,” featuring two serene white triangles on a solid field of blue. Unable to obtain an original copy of the poster, Wolforth contacted Massey directly and got his permission to reproduce it. Today, Wolforth’s company, Flatmade, prints limited runs of the lot of Massey’s and Rieben’s original designs, among others. The prints run the gamut of Chicago’s cultural charms: the waterfront, the zoos, the architecture, the library, the theater scene, and more. 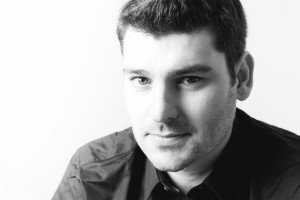 45
Iker Gil
Architect
No design problem is too small for big-picture thinker Iker Gil. While other architectural heavyweights insist that less is more or yes is more, the Bilbao, Spain native takes the literalist’s—or, perhaps more accurately, the transliterator’s approach: mas is more. Gil’s Mas Studio, known for its outside-the-box style, has been changing the game since he founded it after working at the Chicago office of Skidmore, Owings & Merrill. Projects range from the winning entry of the 2010 Architecture for Humanity Chicago Street Furniture competition, Cut. Join. Play., a downloadable manual on how to build your own urban intervention out of simple materials, to NO-01 House in New Orleans, a flexible living space that acknowledges environmental threats while facilitating changes in interior usage, to Mas Context, a quarterly design journal that recently celebrated its fifth anniversary. 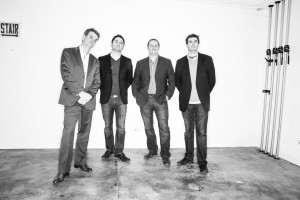 46
Andy Eltzroth, Kelly Komp, Kevin Krueger & Dave Mason
Graphic designers
Multiple wasn’t always this way. Its titular multiplicity was forged in the fires of a merger between Tandemodus and a goodly chunk of smbolic. We suspect that other names for the new conglomerate had been considered and discarded in turn: dblwide, several, Morethanbeforius. As a name, Multiple is both simple and remarkably descriptive, much like the creative vision that guides the firm’s work. Multiple’s book includes institutional and corporate clients of baroque complexity, yet the work communicates with clarity and precision. That may be because the design process at Multiple is front-loaded, heavily invested in listening, learning, understanding, researching: the part of design that we used to call “figuring stuff out.” The firm’s office features a blackboard covered densely in doodles; a good day is when the doodles form a kind of funnel with lots of tiny ideas at one end and one big idea at the other. Beyond the blackboard, Multiple cultivates ideas by staging an annual orgy of design thinking, Cusp Conference, which can be a fascinating place to hear world-class creatives think publicly about the “design of everything.” Characteristically, the firm’s Chicago principals—Andy Eltzroth, Kelly Komp, Kevin Krueger and Dave Mason—don’t have speaking roles at the conference. Like the rest of us, they listen.

47
Dirk Denison
Architect
When Dirk Denison isn’t collecting industry awards for his eponymous firm, he’s collecting artwork as he leads his triple life as architect, educator and arts patron. Denison is best known for his residential work at home and abroad, and perhaps—for those who enjoy an elevated dining experience and share his passion for contemporary art—the interiors of L20 and Terzo Piano in Chicago. A master storyteller, Denison prides himself on listening to his clients and his sites. Through open, airy, uncluttered constructions, Denison invites us to move through spaces as if through narratives. Bonus: Denison’s refined aesthetic is matched by his dedication to the community. Denison is active on industry boards, and has long taught at IIT’s school of architecture. 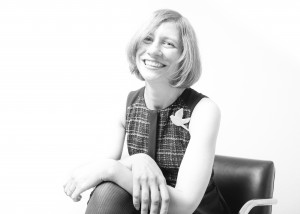 48
Maria Boustead
Product designer
Maria Boustead knows that the best thing about biking to and from work is interacting with the city on an intimate level. “You see a cool shop to go into or make a stop to meet friends—it makes everything more accessible,” says the industrial designer and founder of Po Campo, a company that designs bike and other urban lifestyle bags. Launched in 2009, Boustead’s bike bag—chic enough for the office yet sturdy enough for bike attachment—is a hit with consumers and is becoming a profitable venture for the founder. Six years later, Po Campo is still growing, with strong sales and a new bike-share bag designed specifically for Divvy bikes, out soon. What’s next? “Our vision is to become a go-to brand for people who want to make every day a day worth living,” says Boustead. 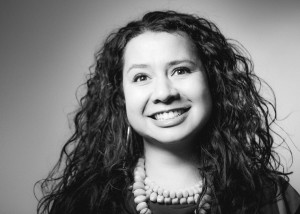 49
Katherine Darnstadt
Architect
Katherine Darnstadt’s trajectory is very different from the norm that once guided success in the architecture profession. She did not join an international firm right after graduating from college. She did not serve the requisite decade under the tutelage of a senior studio leader. She did not advance through the corporate hierarchy, slowly winning larger pieces of the design pie. She did not make a name by designing tall glassy towers on distant shores. No, Darnstadt works at the scale of the hyper-local. Her work is situated among community organizations, small entrepreneurs, and public spaces—such as pocket parks that she has designed along with community residents—that define neighborhoods. For Darnstadt, design makes sense when it is aligned with local demands and constraints. Speaking of constraints: last summer, Latent Design transformed two parking spots into a miniature park, or “parklet,” in Andersonville. A non-place became something free and fun, in the best spirit of placemaking. Even her workplace follows this formula; Darnstadt recently moved her office into a storefront on Ashland, bringing needed life and light to a drab city block. Sometimes out-of-towners walk into the front door to ask for directions. Darnstadt offers them readily.

50
D. Graham Kostic
Experience designer
D. Graham Kostic started his career as an intern at CS Magazine, working his way up the ladder to become style editor for the national parent company. Now creative director at online video magazine Glossedandfound.com, Kostic and team are constantly on the move, covering fashion, beauty and travel—and creating a new scene in the process. Kostic is a restless experimenter, combining form and content in novel ways. His site uses local models and photographers, along with interviews with Cynthia Rowley, Betsey Johnson and Miss Piggy, to attract a heavy following on YouTube and beyond. Kostic claims that part of the allure is the professionalism poured into the content, and the other part is breaking down the fourth wall to let viewers in.