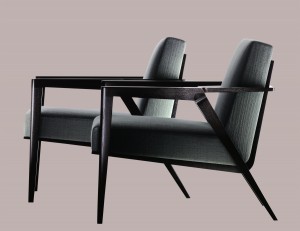 In a story destined for myth, Rick Valicenti tells of being first approached by the City’s Department of Cultural Affairs and Special Events about curating an exhibition on recent graphic and object design. He was interested but asked for time to research before agreeing to take on the project. Valicenti surfed the web, following links from one designer’s website to the next and, by way of bread crumbs, collecting jpegs along his journey. A meeting had been scheduled. Valicenti walked into the city’s offices carrying bound, 200-page books bursting with images. “Let’s start at the end,” he said. “Let’s pretend the exhibit happened and here’s your catalog.” The effect of the catalog prototype, and of the exhibition CHGO DSGN, now on view at the Cultural Center, is cumulative. The exhibition comprises work from more than 100 Chicago-based designers and spans decades. It takes the better part of an afternoon to look at everything, but that might miss the point anyhow. The way to approach an exhibition like this is by squinting at it, by perceiving in soft focus a massive, joyful blob of color and shape.

Wandering, thus asquint, through the exhibition gallery in the Cultural Center, you are startled by the uncanny familiarity of it all. Here’s the bullseye of Target’s corporate identity, designed by legendary agency Unimark International. Here’s Holly Hunt’s Odense chair, recognizable to anyone who’s ever paged through a glossy interior design magazine. Here’s a long row of books whose covers were affectionately designed by Isaac Tobin, working in-house at the University of Chicago Press. Here’s the ubiquitous “You Are Beautiful” mantra, created on a lark by Matthew Hoffman. Here’s a pair of sweet kicks, Converse’s collaboration with restaurateur and artist Cody Hudson. Here’s a shelf of Goose Island’s 312 Urban Wheat Ale bottles, their packaging developed by VSA Partners. (Void of content, display bottles taunt the thirsty.)  Here’s a Divvy bike. Illustrations for Newsweek. Logo variations for IBM. Posters for plays and festivals. A box of chocolates. Tote bags. Booze. Postcards, some addressed and some not. Stuff. Such is design’s central paradox: at its most successful, designed objects are anonymous and almost entirely imperceptible—part of the texture of everyday life. They are the objects you encounter every day without remark. But at CHGO DSGN, when plucked from context and installed in a gallery, the everyday object becomes special: as hopeful, as significant, and as erotic as a fetish. Notably, visitors are greeted at the exhibition entrance by an oversized sculpture that spells “hi,” architect Ania Jaworska’s exercise in making the banal iconic. Valicenti thinks of the vast and varied selection as a kind of “potluck dinner,” united not by a purpose or narrative but by some ineffable quality, something that makes each piece in the show simultaneously representative of its genre and exceptional in its execution. That is why, Valicenti says, the exhibition is organized impressionistically in a series of vignettes that “reverberate at the same frequency.” “If you don’t see it,” he says, “you’ll feel it.” 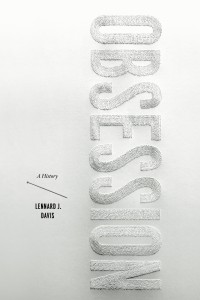 Isaac Tobin’s book designs for the University of Chicago Press

The vignettes follow a loose internal logic; one, which Valicenti has dubbed the “frat house,” contains Goose Island beer, a broken TV and shabby bathroom sign whisked from the offices of T-shirt purveyor Threadless, Skinny Pop brand popcorn, and Ivan Brunetti’s irreverent cover for this magazine. Other vignettes, like a dark-walled room that houses an antiwar poster depicting a solar eclipse by Playboy’s Art Paul, are tied together by color—and affect. “You can imagine a dialogue that could happen between those people,” says Valicenti. Cranbrook Academy-trained graphic designer Brenda Bergen, whose contribution to the show includes a stack of Vosges chocolate bars bound together like a delicious little novella, also sees the show as a dialogue, a rare conversation between makers and end-users. While she is in contact with a friendly community of peers, “it’s always gratifying,” she says, “when design work is seen by fresh eyes. A new perspective, rather than design for designers.” Much of the delight of the show is eavesdropping on private conversations among individual designers, and between entire generations. Valicenti, who has assumed the role of Chicago’s unofficial Docent of Design, is intensely interested in the transmission of design, the ways in which methods, ideas and gestures spread and mutate over time. The exhibition may focus on a contemporary moment but it is always aware of its history. (This isn’t to say that designers must be conscious of being part of a legacy; Valicenti invokes heredity: one day, you simply notice “that you have the mannerisms of your grandfather.”) Chicago’s bustling printing houses in the early twentieth century, along with a cottage industry of illustrators, typesetters, and binders, gave rise to modern American design. In the 1930s and forties, civic-minded businessman Walter Paepcke helped bring the Bauhaus movement to Chicago; the likes of photographer Laszlo Moholy-Nagy and architect Ludwig Mies van der Rohe infused the city with geometrical rigor and bold type. Their influence, combined with a fertile landscape of advertising agencies and major corporations, created a surge of commercial art in the 1970s and beyond. CHGO DSGN pays homage, in ways subtle and not, to this past. The show’s dual guiding stars are the iconic Target logo and John Massey’s ceaselessly funny library poster with the word “RED” corrected by a proofreader’s mark to “READ.” The poster’s flat red background is faded; it’s on loan to the exhibition from Massey’s personal collection. In an uncharacteristically reverential tone for this exhibition, both the bullseye and “READ” are hung high in opposite corners of the gallery. Below them, connections and conversations abound. There are inside jokes: in elaborate, gravity-defying scrollwork, typographer Jackson Cavanaugh chides sloppy designers with a piece that says “You Are Doing It Wrong.” (Cavanaugh’s perfectly legible Harriet font is used for wall labels throughout the exhibition.) In the same spirit, a Threadless T-shirt mocks neutrality with “Helvetica Is Another Name for Switzerland, Bitch.” James Goggin’s layered posters for the School of the Art Institute reference the graphic design canon and the labor of manual cutting and pasting. Jason Pickleman nods to the experimental photography of Moholy-Nagy and Man Ray with a set of advertising images that crudely distort human anatomy. Others, like maker Nick Adam, take inspiration from the craft tradition; Adam’s modular type is a souped-up version of conventional block type, which was last popular a century ago. 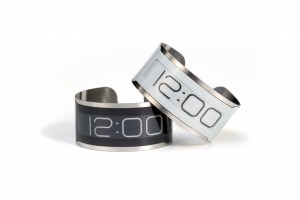 But the exhibition need not be a history lesson. A great many of its objects are ahistorical, shiny and alien and purely fun. They signal a new, adventurous strain in Chicago design. Consider Central Standard Timing’s incredibly thin wristwatches or Martin Kastner’s serving utensils for Alinea restaurant—with names like “Pop Up Arch,” “Flying Nun,” and “Aviary Bowl,” they are at once beautiful and absurd. Valicenti sees in this proliferation an emerging “zeitgeist around form-making and design function.” For City officials, who invited him to curate what may be the first-ever major design exhibition in Chicago, the stakes are even bigger. If its message coheres, CHGO DSGN may be the arrowhead of a new talent and tourism attraction strategy, oriented toward the global creative class. The exhibition, says culture commissioner Michelle Boone in an email, supports the City’s goals, “including fostering cultural innovation and attracting and retaining artists and creative professionals in Chicago.” By making the city’s design output starkly visible, Boone says, “we hope to help stimulate future business and heighten awareness of the creative talent here.” Design has a history, and, if Valicenti, who readily admits to being a “cheerleader for design,” is right, it will have a future here. History took a break when Valicenti was growing up —”design was a snooze.” These days, amid the din of CHGO DSGN, snoozing isn’t likely.