When it rains, it pours

As part of its 100th birthday celebration, Chicago-based Morton Salt has announced a national online design competition seeking possible new label designs for their ubiquitous twenty-six-ounce cylindrical container. The competition will culminate with a public display of the winning designs in Pioneer Court on September 26, when the salt-of-the-earth company will announce $100,000 in scholarships to students “worth their salt” at the School of the Art Institute of Chicago and Kendall College’s School of Culinary Arts. A four-judge panel of company execs and local art authorities—whose names are yet to be released—will decide the winners; the grand prize is cash and two tickets to Art Basel Miami, and three runners-up will also take home a prize. Morton Salt has what other brands want: an iconic mark and a memorable slogan. So we can take it with a grain of salt that the company isn’t committing to using any of the winning designs on its packaging. Submit your designs through September 7 at MortonArtofSalt.com. 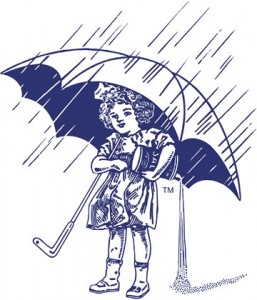 The Lakeview East Chamber of Commerce recently announced the launch of their pop-up public gathering space and art piece, People Spots. The project, spearheaded by the Lakeview East Chamber of Commerce and Special Service Area #8 and borne of a community-driven strategic planning process, offers seating areas and strong public WiFi signals as part of a desire to improve the Clark Street corridor. Two unique, colorful, artist-designed People Spots are open through October at 2863 and 2914 North Clark Street. The installations were designed separately by Katherine Darnstadt of Latent Design and Duane Sohl of Sohl. Architect with Gary DeStefano of DCR Builders, LLC. Both designs were chosen via an RFP process, with each satisfying the desire for increased public gathering and green space. For more information on People Spots visit www.LakeviewEast.com.

“Less is more only when more is too much”

Late last month, the City announced the Fifth Star Awards, a new honor to be presented in a free program at the Pritzker Pavilion on September 17 celebrating game-changing Chicago artists. According to the announcement by Mayor Rahm Emanuel and the Department of Cultural Affairs and Special Events, the awards will celebrate “the city’s art, architecture, dance, music and theater legacy” with five winners chosen by DCASE and members of the Emanuel-appointed and Nora Daley-chaired Cultural Advisory Council. Unlike New York’s semi-similar Kennedy Center Honors, there is no public nomination process, and you can’t apply for this honor. We’ll be curious to see who the adjudicators deem worthy of it.