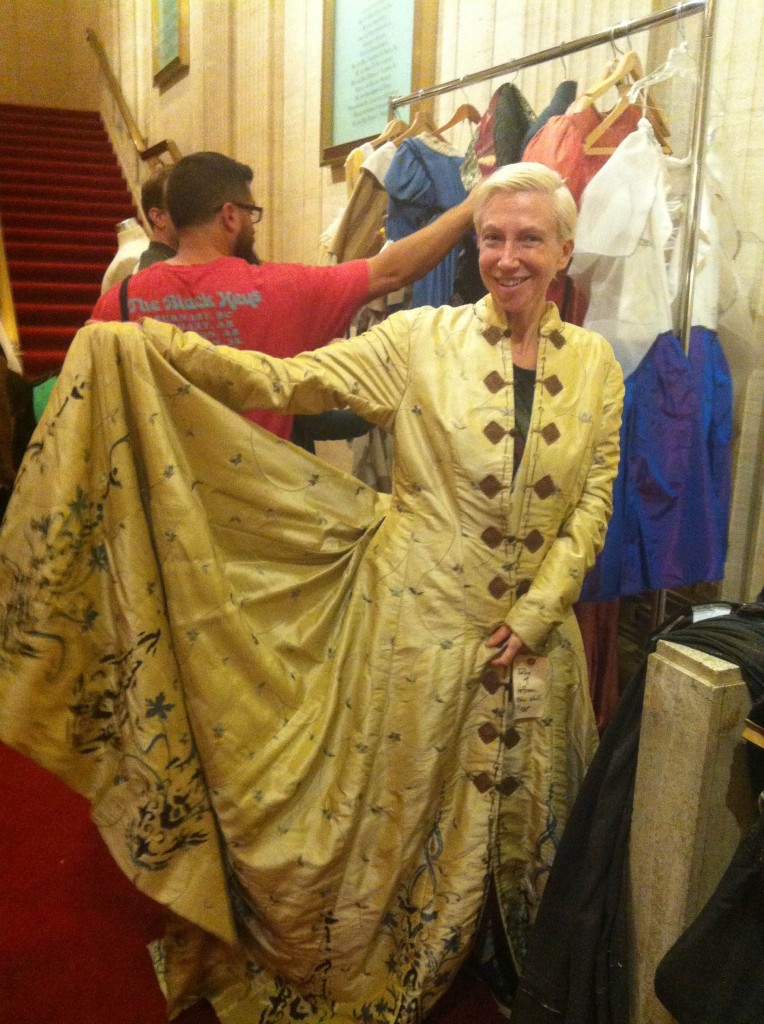 Ten years had passed since the last Lyric Opera costume sale. When the Civic Opera House opened its doors to the throngs of music enthusiasts, history buffs and eBay opportunists on the first weekend of September, the wait was finally over. Doors were set to open at 9am, but early birds had staked out their territory by 5am. By 8:30am, a line stretched from the intersection of Madison and Wacker north to Washington, across the Chicago River, then back to Canal and Madison, nearly half a mile in all.

Some people had never been to the Lyric before and were more interested in seeing its gilded interiors than in buying garments. Some, like Conrad Jahrling, an engineer, were there as part of “a father-son trip. I lured in [my aria-loving dad] by saying he could dress as Wotan, Papageno or Rodolfo.” Some, like the SAIC fashion-design grad behind me in line, were drawn by the rare opportunity to examine the construction of period pieces.

Even close to the front, my wait was still two hours as the hall admitted only 200 visitors at a time. As we waited, we had a front seat to another performance, of sorts: periodically, a shopper would emerge from the building wearing an ornate headdress, or unknot a hefty sack to reveal black woolen dresses with starched Protestant collars, or broad-shouldered brocade vests of Henry VIII.

Inside, wall-to-wall racks, densely-packed with every era of clothing, crowded the grand foyer and scaled the first staircase. With prices ranging from a buck to $200, the elaborate costumes were a steal for smaller local theaters, memorabilia collectors, and folks counting down to Halloween. According to the Lyric’s Magda Krance, “Most of the costume pieces were from the 1960s on, but there were a few items that predated the formation of Lyric Opera of Chicago,” which was founded in 1954. Many of the items were of high-quality boiled wool, deep-piled velvet, and heavy satin—lots of tailoring and not a lot of stretch, just like true historical pieces. Inside each garment were multiple labels, denoting the production for which it 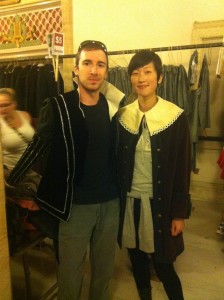 had been designed and for which cast member; in the case of a traveling show, the label listed names of opera, in places exotic and not. A hot item was a draped garnet gown set, offered at $300: it had been worn by the great soprano Jessye Norman in Gluck’s “Alceste.” A few spangled fantasias commanded even higher prices, but there was plenty to be had for half a Benjamin or less. Before my eyes, a gathered cape as coy as a contemporary Rick Owens went for $20; boxes full of dollar hats and tights sat at the base of every pillar.

Considering the vast sum that it must cost to create a bespoke wardrobe to be worn by the Queen of the Night and a full court, this event of the decade was as much to foster interaction with the community as it was to fundraise. According to the Lyric, the event drew 1,500 people, with gross sales totaling $140,000. Krance added that “3,500 costume pieces were sold, and that the last sale was around 2:30pm.” That translates to nearly 250 silver quilted samurai armor, knit chain mail, lace-edged frock coats, and embroidered bodices sold each hour.

Perhaps the best part of the sale was watching teens with side-shaves and moms in trainers preen in incongruous Dutch ruffs. Exiting onto sunny Wacker, it looked like the young dandies of La Boheme had just spilled out from an all-night party. (Alanna Zaritz)