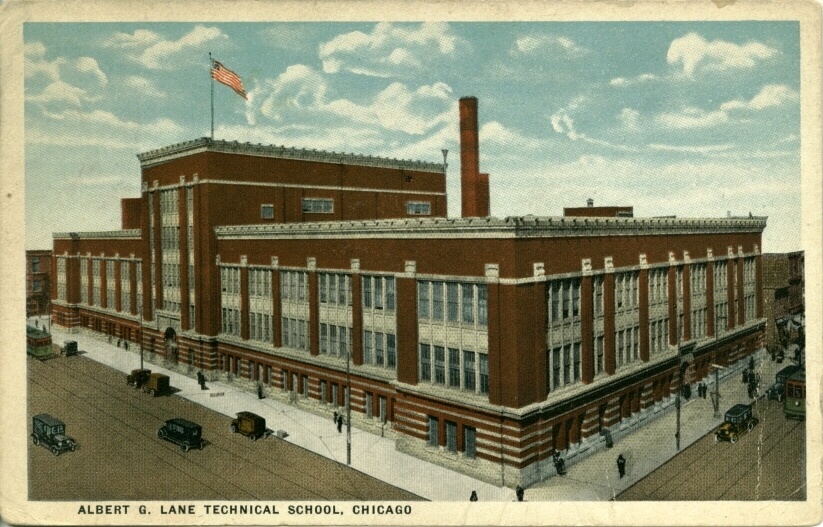 It was just announced that the architecture program at Lane Tech College Prep High School will close after 100 years. Lane’s principal cites declining enrollment, retirement of a superstar teacher and competition from other AP courses and electives as his reasons. Architecture has been around at Lane since the days when a key aspect of the curriculum was working in a foundry. But those days are gone. In the past decade, when I worked in Chicago as a design educator, I have seen many fantastic teens who took architecture at Lane go on to do great things. This feels like the end of an era.

Hands down, Lane Tech has dominated teen drafting and design for a decade. Year after year, the school graduates talented students who enroll in four and five year universities to study architecture and engineering. It is a feeder to both the University of Illinois at Chicago and the Illinois Institute of Technology’s architecture and engineering programs. Organizations like the Chicago Architecture Foundation and ACE Mentor serve its students through out-of-school programming, teaching key skills and placing the cream-of-the-crop kids in paid summer internships that would make even a Cornell undergraduate swoon.

Architecture was once offered in dozens of schools across the city. Lindblom. Chicago Vocational. Bowen. Phillips. Clemente. These programs introduced thousands of students to architecture, design, construction and engineering. This resulted directly in more diversity in the field. It’s common for architects to learn about the profession from a neighbor, uncle or parent. But in communities historically underrepresented from the field, such connections are not as immediately accessible. While the overall lack of diversity in the profession continues to be an issue, CPS at least created a pathway—and a promise—for kids across Chicago.

Lane is not an exception, but part of a broader trend. Today, only a few high-school architecture programs remain. The drafting classes from ye olde vocational education days are still the mainstay of these programs, harkening back to days when a kid could graduate from high school with skills in drafting, land an apprenticeship-style job in a firm, and work his way up through licensure. Now, drafting is done on the computer and often requires a graduate degree.

Design thinking, on the other hand, is a twenty-first-century skill. People with training in architecture are natural design thinkers who can do anything from user experience design to strategic consulting to systems thinking. Still, seen from a school administrator’s perspective, things haven’t looked so good for architecture and design since the real estate crash of 2008. From that perspective, it isn’t a surprise that schools chose to drop the programs rather than make a full and deliberate transition from drafting to design.

Newsweek just published its list of the best high schools in the nation. Accompanying the list was a feature article on High Tech High, a maker-space and lab school in California where students mess around with materials and techniques in an interdisciplinary environment. This model is a twenty-first-century answer to both college and career training because, of course, there is no better preparation for life’s challenges than a design approach. More and more, the workplace—and the world—requires people to grapple with complex questions, iterate, explore multiple possible solutions and work collaboratively.

From a young age, children form opinions about how their world is designed. When my three-year-old daughter plays with simple geometric blocks, I sometimes ask her to design a park. She will grab a toy animal and insert it into the fantastical structure. Other times, she constructs spaceships out of pink blankets and forts out of sofa cushions. She manipulates the world, in reality and in her imagination, to meet her needs.

This desire is instinctual but opportunities to fulfill it are few, and becoming fewer. If we create them, our city will be more democratic as a result. When our kids graduate from Legos and blocks, they should have the tools to design, build and advocate for the kind of city that they want to live in.

Perhaps there is a silver lining in here somewhere. Lane Tech plans to open a “maker space,” with a ribbon-cutting on September 17. I know it will be a success because at Lane, the teachers and students are talented and engaged. It has emerged from its early days as a trade school to become one of the best overall schools in the state. But there are thousands of kids in the city who could also benefit from a curriculum that focuses on design in the big D sense: critical thinking coupled with hands-on learning. And besides, even a 3D printer is only as good as what goes into it. Without design, it is no different than a T-Square: a tool.