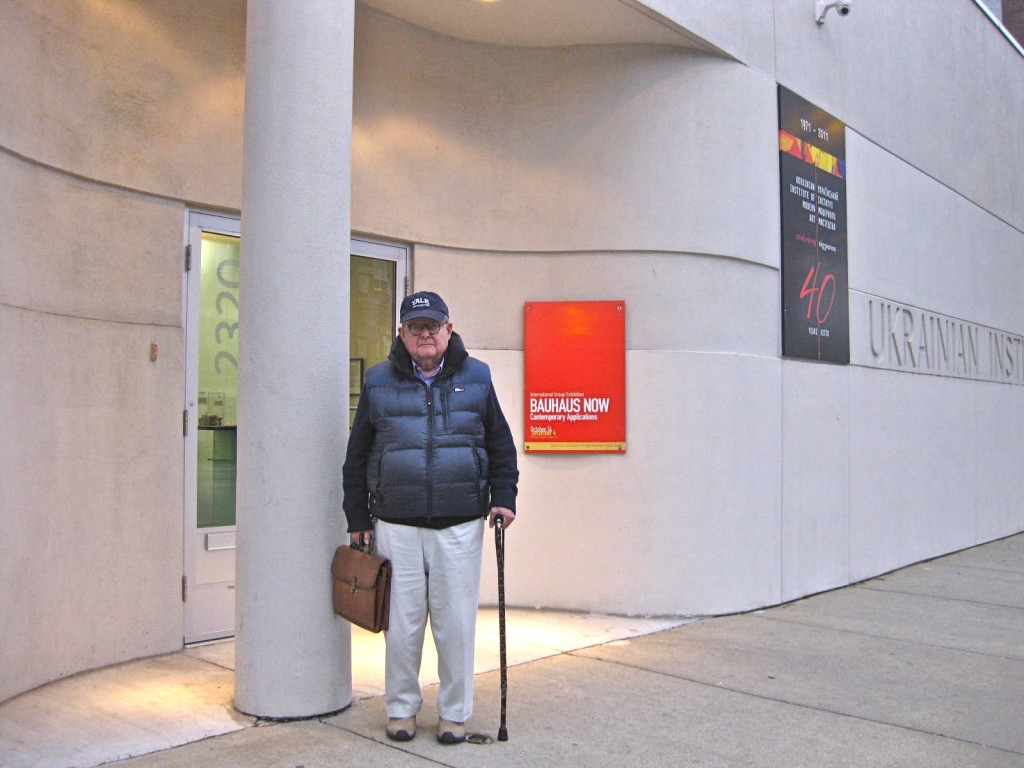 The Chicago Architecture Biennial recently announced a theme for its inaugural year. The theme, “The State of the Art of Architecture,” pays homage to a landmark 1977 conference organized by architect Stanley Tigerman at the Graham Foundation for the Advanced Studies in the Fine Arts.

That conference was a polemical firestorm, with high stakes: as modernist strictures were losing hold, and as social upheavals refigured urban life, the design profession struggled to remain internally coherent and culturally relevant. When it’s launched next October, the Biennial will have to respond to similarly existential concerns. In a statement, the Biennial suggests an intimidating list of “registers” that architecture works across, “from housing to education, from environmental awareness to economic growth, from local communities to global networks.”

For a preview of what the state of the art of architecture might be indeed, Newcity checked in with its most distinguished statesman.

The Chicago Architecture Biennial is borrowing a title from you. Does that feel like a homecoming? Or like we’re running out of ideas?
I don’t think either. This Biennial is the beginning of something. Picking up on the phrase “the State of the Art of Architecture” is, to me, an obvious way to begin.

I doubt that. The title references a specific cultural moment.
Yes. That cultural moment in 1977 brought together at the Graham Foundation a huge moshpit to argue out various positions that these different groups held at that time. So there is that tradition that [the Biennial] is reanalyzing. It’s an appropriate time to reanalyze.

Has the meaning of the title changed since you originally proposed it in 1977?
I think the circumstances and the questions always change. The one thing we can count on, in my view, is change. The architecture of that time–without labeling it postmodernist or deconstructionist or anything–was in itself a major change after the International Style. Since that time, the changes have been even more dramatic.

The description for the Biennial is so broad that it includes every pressing social issue. Is the lack of focus intentional?
It’s an overarching focus. Take any one of those [issues], and not get lost in the vagueness of what might be implied by the title. Take education: I mean, architecture is undergoing, as you well know, some major changes right now: formally, in terms of sustainability, technology, ethics. And if [co-artistic director] Sarah [Herda] were to have a much more narrow focus, I think she would miss out on opportunities not only for this Biennial but also for every other year.

Having this broad focus gives subsequent commissioners of subsequent Biennials opportunities that are yet to be defined.

The conference you organized in 1977 was also open-ended. Did a theme emerge in retrospect?
Not at all. All that happened was this broad cast of characters continued for the next thirty years to interact with each other–on juries, on panels, with projects, et cetera. So, I think that’s what, in a way, they might be trying to do. There’s a new generation that this will bring out. This is an inception of a series of opportunities to intersect with each other.

Is this series of intersections anything like what EXPO Chicago has done for the art scene–galvanizing artists, galleries, organizations?
That’s what I’m hoping will transpire. Only globally. Look at the controversy surrounding the Lucas Museum, with MAD [Architects]. Look at the controversy surrounding Zaha Hadid when asked about labor problems. Look at the problems in China with the environment. There are serious problems going on and they all need to be addressed in one way or another.

The Biennial is a major organization, embedded into the municipal agencies and corporate money. Is that any reason to expect a tame show?
I’m hoping not. I’m hoping it will not be particularly, or vaguely, corporate.

Let’s face it: buildings are built for the people who can afford to build them–developers, corporations, et cetera. It’s part of our capitalist culture. The Venice Biennale is paid for by the government of Italy. We don’t have that anywhere in the United States. You have to find the money. And when you find it, you have to hold off those corporate interests who might have given you the money, so you can accomplish what your intentions were.

Look at the history of the Venice Biennale and, by the way, its own failures over the years, which have been vast. A Biennale is fraught with problems. The more brave you are, the more willing you are to engage the problems of the day.

[Co-artistic director] Joe [Grima] and Sarah [Herda], their reputations are on the line. That pressure on them is actually useful in terms of warding off corporate greed. If they fuck it up, so be it.