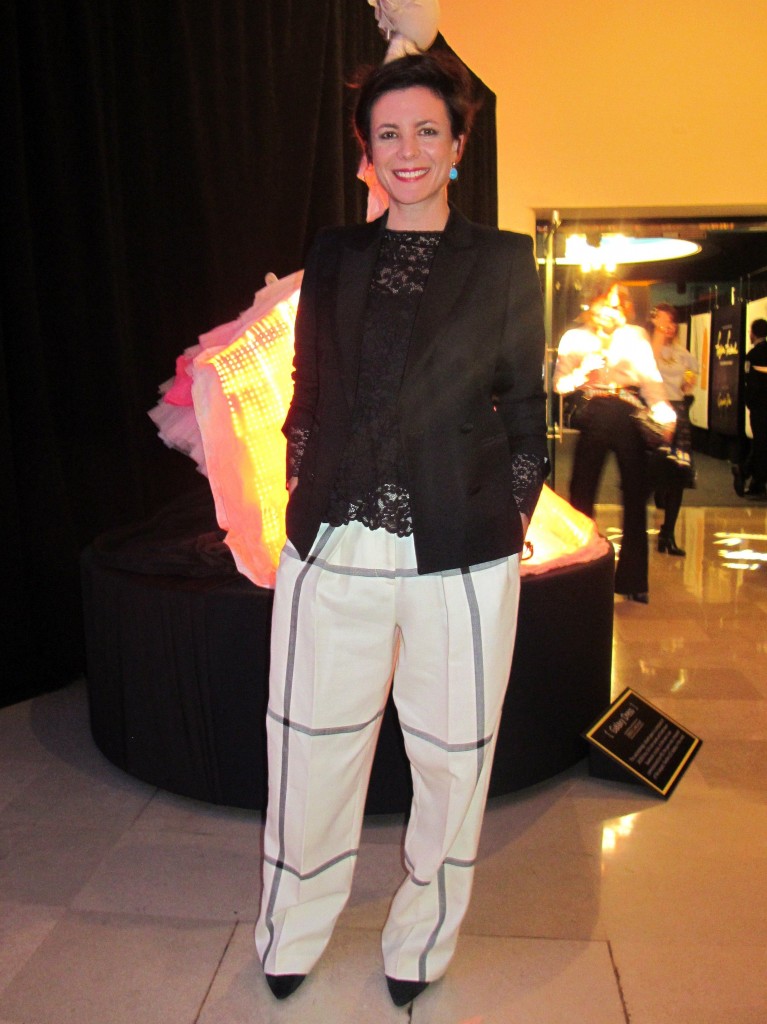 Internationally acclaimed French blogger and illustrator Garance Doré was being honored with the inaugural Fashion Inspiration Award at the Museum of Science and Industry.

How would you compare French and American style?
French style is more understated, it’s more about who you are, your own style and body, what looks good on you. And then once you have that down, that’s your thing, you won’t change it so much. Americans like to explore. They like shopping, they like color, they make bolder choices. If you ask me, I prefer New York, because there is more expression. Paris is nice, but all French kinda look the same.

How would you define your own style?
Trying!

What’s the most important thing to keep in mind while you’re picking out an outfit?
“Is it me?” It could be the most beautiful thing in a photo, but if it’s not you, it won’t work.

What makes a girl stand out for you?
Generosity, charm…somebody that shines!