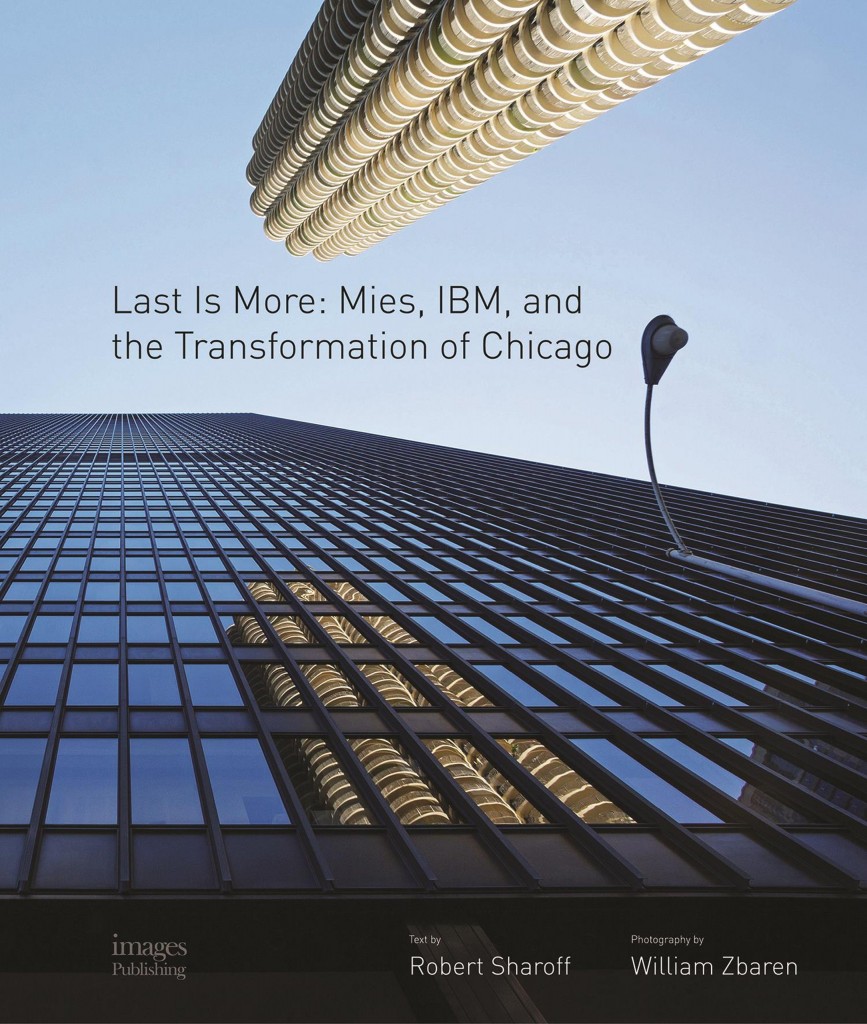 The IBM building, Mies van der Rohe’s final commission, was considered “twentieth century architecture at its finest” when it was officially opened in 1972. It was the first green office building and the youngest building to be declared an official landmark in Chicago. “Last is More,” with text by Robert Sharoff and photography by William Zbaren, centers around Mies’ Chicago years, culminating in the IBM building. The recent conversion of part of the building into the Langham Hotel served as the occasion of the book’s publication late last year.

Zbaren’s photography is gorgeous. The dizzying cover shot of an iconic white Marina Tower reflected in the gleaming dark IBM glass begins an overview of the architect’s history, his Europe years, his teaching at the Illinois Institute of Technology, an intriguing love life and his Chicago masterpieces.

The strengths of the book lie in the clear text and spectacular portfolios. Featured are the Farnsworth House, 860-880 North Lake Shore Drive, Crown Hall, the Seagram Building and the Federal Center. A chapter is dedicated to the IBM building, including archival images and plans and an interview with Mies’ architect grandson, Dirk Lohan, who designed the ground-floor lobby of the new Langham.

Sections are dedicated to Chicago’s most famous Miesian structures: the Willis Tower, the John Hancock Center, the Richard J. Daley Center, Lake Point Tower and the Lakeside Center at McCormick Place. Another chapter sets up a historical context, including a portfolio of early Chicago landmarks—a logical segue into the “Rebooting Mies” section about the transformation of the IBM building into its current mixed-use program. Commissioned by the Langham Hotels, the book veers dangerously close to corporate propaganda near the end, with a letter by the executive chairman and a history of the group’s hotels. This may be why the book is discounted at Amazon and Barnes and Noble, making it a steal for the stunning images, attractive design and high-quality printing. (Toni Nealie)

Last is More: Mies, IBM, and the Transformation of Chicago
By Robert Sharoff and William Zbaren
Images Publishing, 160 pages, $50