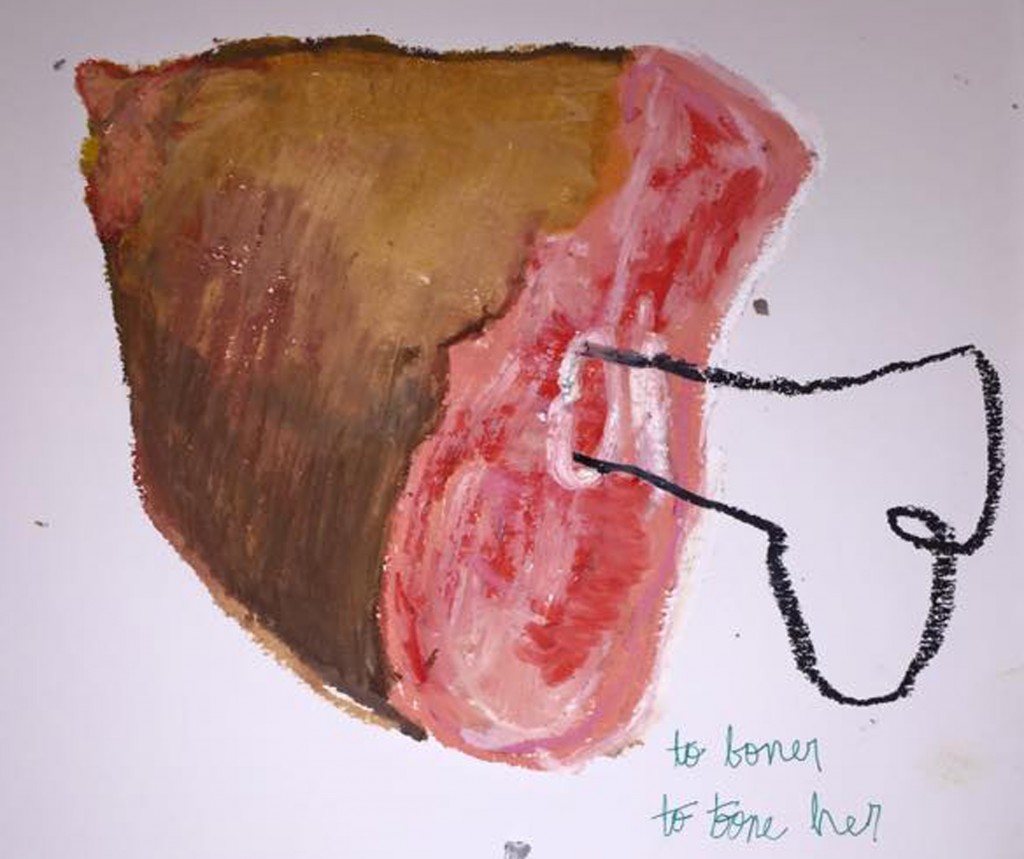 One aspect of Chicago’s maker culture is small-batch publishing. It usually centers on zines, but also encompasses printing of all kinds, from posters to wallpapers. It takes place quietly, individually and in isolation. Until lately. Lesley Jenkins, a shortish, super-friendy, Cali-cat genderfuck queer, started an online and IRL group called Daily Doodlez (full disclosure: I contribute to the group’s administration). The Doodlez are an assembly line of entertainment: confessional, amateur, lots of drug use (of course), some blood play and, well, you get the idea. It’s remained localized enough to foster a kind of evolving graphic novel of the daily life and social anxieties of people across the city.

Doodlez recently began hosting group meet-ups for drawing, doodling and getting to know other makers working in the form. Newcity recently got the rundown from Jenkins, just as the group is starting to organize more community drawing efforts throughout the city.

You talk a lot about the necessity of organizing a community around making.
Daily Doodlez is the result of creative individuals with a yearning for a sense of community that revolves around exploring the purest, most unfiltered forms of art. In the times I’ve sat down to create, I can say that, by the time I am finished, my work has been altered by external factors. But I found myself making my most honest work when it was just me putting a pen to paper in my sketchbook, often in reaction to a gut feeling, or something I just experienced. My most honest and explorative making lives between the cardboard covers of my sketchbook.

Daily Doodlez started out as an open invitation for someone to be my doodle buddy, and exchange drawings back and forth on a regular basis. Now, people from all over with every different kind of background get excited and post their work in an online community where money isn’t involved.

Daily Doodlez manages to gain momentum through this sense of excitement, of people seeing other people reveal their own private truths, and others feeling inspired to do so as well. And, it’s doodles, right?
Quickly made or not, I’ve been putting in time in recent months, hitting the bricks across well-crafted objects. Daily Doodlez aims at freely sharing and viewing these undervalued works. A fun, fringy aspect of the maker movement is all the craft-kitchen baking, shaking and specialty, made-at-home cooking going on across the city today. It bears reminding that the Gospels themselves were produced over a series of dinners.

If you’re a breakfast enthusiast, you cannot miss the upcoming Pancakefest. Taking place at two locations over two days, the fest is the brainchild of local organizer Matthew Jolly, who coordinated with the Chi-Town Underground and Dollhouse DIY space in Jefferson Park to host the pancake-making and fourteen-band music showcase over one weekend. Pancakefest takes place February 27 and 28.

How did you come up with the idea for music and pancakes?
When I was in high school, I learned that IHOP has an annual charity event where they give each customer a free short stack of pancakes and ask them to donate money to a charity. I was just a lower-middle-class high-school kid, hungry and bored. The idea was to have a small show and then invite all in attendance to go to IHOP for free pancakes, and the show ended up falling on a weekend instead of IHOP’s Tuesday event. But nothing is more sacred than the promise of free food. So, we formed a team of volunteers to make our own pancakes!

Is this your first time doing it and do you think it will be a recurring project?
This is my first time doing the event. I spent all of last year traveling and just recently moved back to Chicago. One of the biggest reasons I chose to come back is the thriving and supportive local scene. I feel like an event like this isn’t possible anywhere else. I had an idea, and an idea it would have stayed, if it weren’t for this amazing community who threw time and resources at me to make everything come together.

Who else is involved in it?
Everyone! Bands playing music, volunteers cooking pancakes, people running sound, spaces hosting shows, hosts paying for pancake ingredients and covering merchandise costs. Most importantly, the people who are coming to Pancakefest! There wouldn’t be a show without an audience, and I certainly can’t cook pancakes for more than one-hundred people by myself.

Why should people come?
If free pancakes and music aren’t enough to convince someone to leave the house, there are also young bands spanning a wide variety of genres, and shops and retailers around.