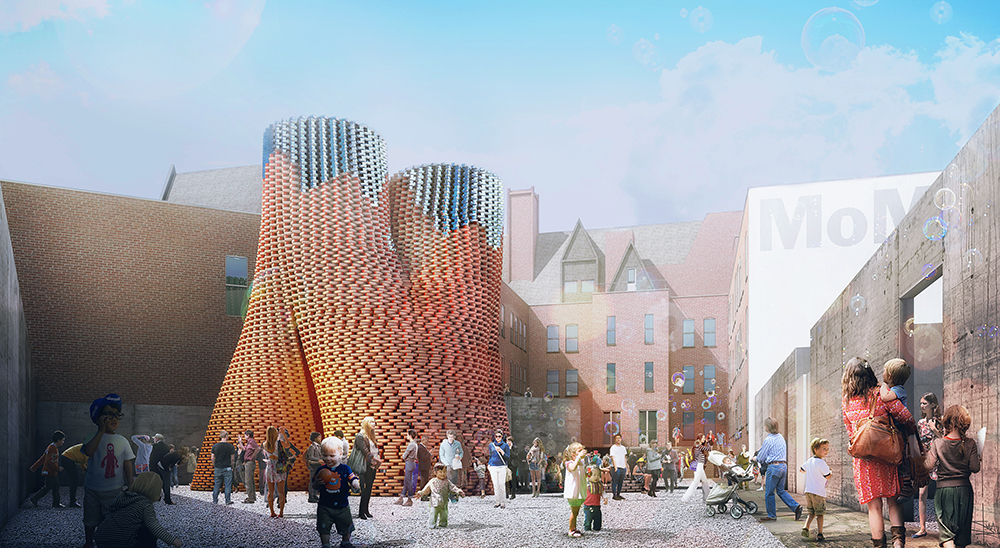 Chicago is no stranger to wild, speculative architecture. Yet there is something about the work of The Living, a New York firm headed by David Benjamin, that makes it a standout. Benjamin’s work treads the line between biology and technology by integrating the two systems in imaginative ways. From a floating barge which changes color to signal water quality to large-scale bioremediation efforts driven by urban design, he is taking extreme positions on the future of technology and the environment.

Far ahead of the standards of the US Green Building Council, which administers the popular LEED certification to designers and buildings, Benjamin is realizing radical ideas through his firm’s projects and is advocating for change through his teaching at Columbia Graduate School of Architecture,Planning and Preservation. The Living’s most high-profile work to date, is Hy-Fi, an installation for MoMA’s P.S.1 exhibition which used bricks grown from a fungus to produce a series of towers in the courtyard of the Queens-based institution. Digital tools also play a role in The Living’s work. The firm was recently acquired by software giant Autodesk, which will give Benjamin an opportunity to develop techno-future ideas. Autodesk’s research tends to find its way into daily architectural practice, which could certainly improve from a few more mushrooms. (Nick Cecchi)