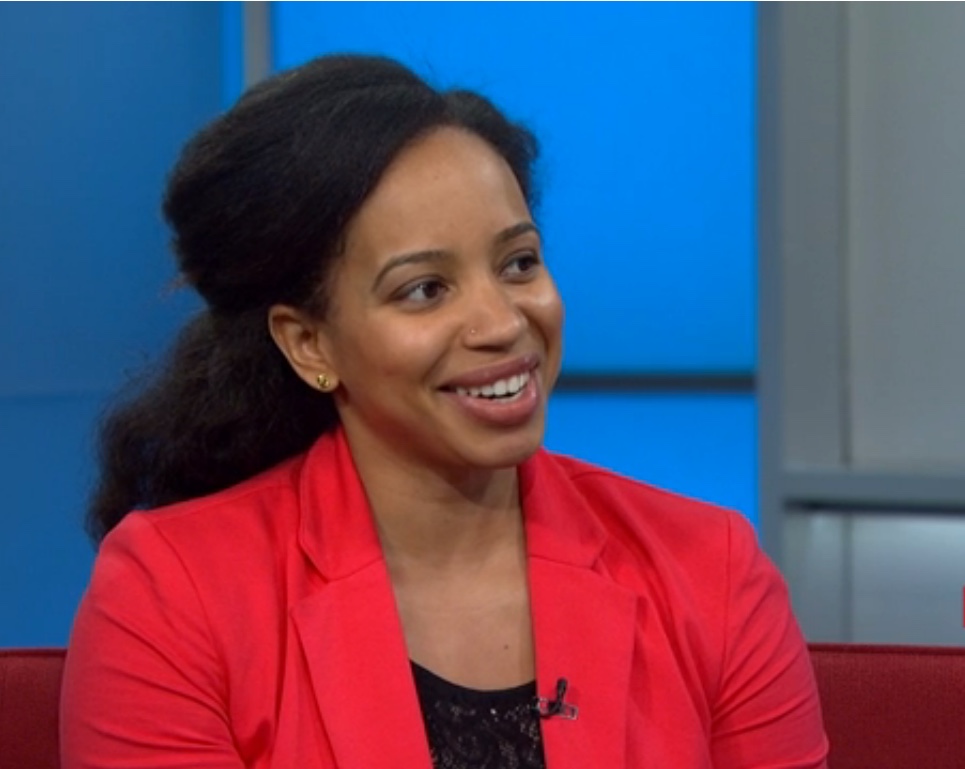 Is teen pregnancy a design problem? For Yamani Hernandez, executive director of the Illinois Caucus of Adolescent Health, design thinking may hold the key to larger social issues. Hernandez wears many hats—she’s a social advocate, a doula, a massage therapist, participant in a community arts practice, a mother—but she is a designer first. Hernandez is trained as an architect. With a multi-disciplinary community arts degree from Cornell University and a graduate degree in Architecture and Urban Planning from the University of Washington, she applies her skills as a creative thinker and problem solver to work as an advocate for comprehensive sexual education, reproductive rights and access to health care.

One of the biggest issues she’s tackling these days are the rights of young women who get pregnant while still in school. Often, the first time they tell an adult about their situation, they’re encouraged to leave school—a clear violation of their legal rights. Is there a design solution to this?

Hernandez says it’s hard to distinguish between “physical space versus social space and the systems. The things these young people struggle with are more the systems and the public perceptions that people have.” But isn’t there some utopic built-environment solution to this? Hernandez concedes that school-based health centers help greatly both because of the immediate accessibility for young women and because of the trust built up with a healthcare provider they see regularly. It would be an improvement if schools provided more one-stop shopping with healthcare and daycare. However, during the process of designing or renovating schools, the needs of students with young children are not often represented.

But perhaps architects can influence this situation. If, that is, a participatory design process is used and the program—what spaces are required—isn’t just handed to the architect by administrators. Participatory design offers opportunities for a holistic approach to design based on user needs, rather than what the client articulates.

Hernandez may speak the language of architecture, but she doesn’t practice. As someone who holds a national platform in the fight for women’s reproductive rights, it is hard to argue that she should be working in a firm. But her architectural training, Yamani believes, prepared her to address the complexities she faces daily, to think creatively and rigorously and to engage in an iterative process.

Architects, their skills, and the value they bring to the table are misunderstood. Organizations don’t think to put architects on their boards with the same enthusiasm as lawyers or other business professionals. And yet, Hernandez argues, the way architects approach problems is highly valuable and should be considered an asset to not-for-profits like the one she runs. Some of the most interesting and engaged people I’ve met are non-practicing architects. They are creative generalists who work in education, public engagement, writing and organizing.

She found the organizer’s toolkit, with its petitions, marches and sit-ins, limiting: “I mean, aren’t there other things we could do? Couldn’t we build something in the middle of the street that people have to interact with? I approached the practice of architecture as an organizer: to think about how I could use design to build something that wasn’t for consumption but to disrupt cultural norms and address problems and reframe things.”

But the architecture establishment was no less welcoming to these new ideas than community organizing. “Architecture is something that has to be bought,” she was being told. “Consumed. It has to have a capitalist application. The idea that you would build something that would be destroyed afterwards or would be ephemeral or temporary or parasitic didn’t make sense.”

Hernandez agrees that introducing radical ideas into old paradigms is difficult. “I think that the Freirean model of education is true—it has to come from the people. If we apply that same logic to design, you can’t have an individual who is going to decide what the people need. You need to be in real community with people who are different from you and have different experiences from you and let things bubble up from that.

That is one possible solution.”