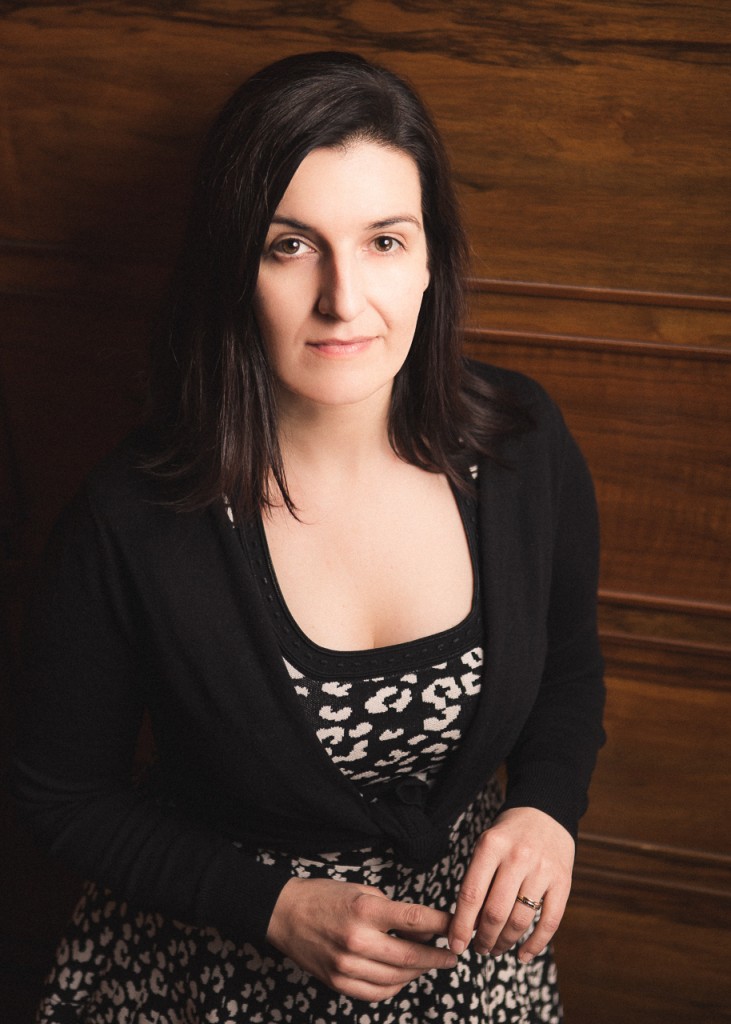 Sarah Herda set out to become an architect. That she didn’t turns out for the best: a series of high-profile gigs, culminating with the Graham Foundation, have marked Herda’s march toward the intellectual center of design. When the first architecture biennial in North America launches in October, Herda will have finally arrived at her destination.

Dead architects you’d invite to a dinner party. Go.
Lina Bo Bardi, Eileen Gray, Lebbeus Woods and John Hejduk, who was the dean of Cooper and participated in the first “State of the Art of Architecture” in 1977. I’ll make dinner.

What is an architecture biennial?
It is, fundamentally, a platform for new ideas. In our Biennial, the central event will be a large-scale exhibition. We’ll be taking over the Cultural Center—the “People’s Palace”—and it will be the first time that building is used for one project. It’s about making ideas public, and giving the public access to ideas. That means that there’s going to be a robust public program of talks, films, performances and also partner programs all around town. It gives the public an opportunity to interact with ideas and it also gives other practitioners an opportunity to be exposed to new work. It’s both for the public and it’s for the field.

We’re looking at architecture as a cultural practice, as opposed to a professional practice, so it’s as much about the ideas that shape buildings as it is about buildings in and of themselves.

So it’s an architecture beyond buildings. Do you have a working definition of what architecture is for you?
I think it has to do with the ways in which we think about, make and inhabit space. Architects do that as a main aspect of their profession—that is their mandate—but other disciplines intersect with that; spatial practice is a concern of many disciplines.

And so we have an expanded notion of decision-makers: citizens are decision-makers. It’s not only leaders of institutions or political figures, but everyone in daily life making decisions about space. We want the Biennial to be a resource to the public, a way to think about imagining things in a new way, and practical ways of dealing with space.

But this isn’t a home-improvement show.
We all exist in space. The public will fundamentally have what they need to understand the Biennial.

A lot of the projects that we will be showing are experimental in nature. I’ve always found that people outside of the field respond most enthusiastically to bold ideas. It’s actually when architecture is only speaking to other architects—only in certain types of representations—that it can be inaccessible. The ways in which we are going to show architecture, or make these ideas public, is going to be very accessible. Challenging in that they are experimental, path-breaking ideas, but really engaging.

I want to acknowledge your history at the Graham, which you’ve taken from an insular kind of place to an increasingly public venue. How did it lead to your role at the Biennial?
I originally wanted to be an architect. I visited a very experimental architecture school when I was seventeen—SCI-Arc [Southern California Institute of Architecture]—and realized that I needed to learn to read and write first. I learned about architecture and architectural ideas through books. I realized that I didn’t want to be a designer; I wanted to be a part of making ideas public. I focused on books and exhibition as the format to do that. Bill Stout [of William Stout Architectural Books] once sat me down with a full run of Arts & Architecture magazine, edited by John Entenza. [Architecture critic] Esther McCoy became a hero of mine, and [public housing advocate] Catherine Bauer. I would invite both of them to dinner. And John Entenza.

Then I got hired to be a director of a small nonprofit in San Francisco that modeled itself after the Storefront for Art and Architecture at a time when San Francisco didn’t have any architectural programming. I was producing a lecture series and exhibitions. I went from there to publishing in New York, at Monacelli Press, and then at twenty-three or twenty-four became the director of the Storefront for Art and Architecture. My professional life has been completely in architecture.

The Graham Foundation is a world-class institution and with this facility, we can certainly have a world-class exhibition program. That’s what I’ve spent the last eight-and-a-half years building.

[Think of a] moment when something oxidizes, when it hits air and transforms into something else. I’ve always seen exhibitions as this incredible way to make something that someone is toiling on privately, public. That moment reverberates through the field because it is when an idea is exchanged. As opposed to merely documenting things, I’m interested in exhibitions as the site for exploration, as a kind of test site.

You spoke of the Graham not just as a Chicago institution but as a presence in the world of architecture at large. Is that the brief for the Biennial?
The Graham Foundation from day one was international. Two of the first grantees were [architect] Frederick Kiesler from Austria and the other was the artist Wifredo Lam, the Afro-Chinese Cuban painter. That said, it’s always been a strong presence in Chicago. Something that the Foundation is always focused on is bringing the best of the world to Chicago and the best of Chicago to the world.

That’s absolutely what the Biennial will focus on: to create a platform for the world, hosted by Chicago. Chicago is certainly the canon, or perhaps the DNA, of modern architecture. No matter where in the world you were trained as an architect, you studied Chicago because it is so fundamental to the history of architecture. Whether you rejected it or embraced it, it’s part of your formation as an architect. In that way, it’s a perfect place to reconvene the world and have a conversation about where we’re at and where we’re going.

With the Internet, images and information are so readily available that there’s something really important about being in the same place at the same time and interacting with an object, a thing. We really want to embrace that.

By “thing,” you don’t just mean Chicago architecture.
By thing, I mean the work on view. To represent ideas through something physical is a rare opportunity. Then to have ideas collected in one place that you can experience physically, through physical manifestations, is really unique. We want to encourage people who are participating to explore new ideas, and also ways to communicate those ideas.

The Biennial is not happening in a vacuum; there’s a context in Chicago. People are beginning to produce magazines, there are more exhibitions, more young architects are building, there is new leadership in the three main architecture schools. There’s a lot happening that, together, creates potential.

There’s been a history here of being experimental. Chicago was such an important place, and it formed so many of the significant practices in modern architecture, that there’s a sense that it can again be the place that incubates new ideas in architecture. It can be a laboratory. There’s a need and a willingness and an excitement around that, that create the conditions for a Biennial to be possible.

And you can’t underestimate the role that the City—the Mayor, [Commissioner] Michelle Boone—had in making this possible. That they identified architecture as something to create a major international event around and incubate and make possible, is very significant.

The oft-lamented “crisis of architecture:” does the Biennial address it?
We’ve been looking at architects on every continent, and there are many shared concerns that people voice. One of them is the role of architect. Where is architecture at the table? Architecture can be part of so many kinds of issues and decision-making processes. I think [the Biennial will address] the agency of the architect, the role of architect in contributing to change. We plan to show the many ways in which architecture is activated in a number of different scenarios. I’m speaking for myself here, but I don’t see that as a crisis. I see it as a conversation that needs to happen.

If you were to articulate some hopes for your legacy?
It’s elevating the discussion of architecture. It’s making architecture more broadly understood as something that matters. And it’s creating a resource.