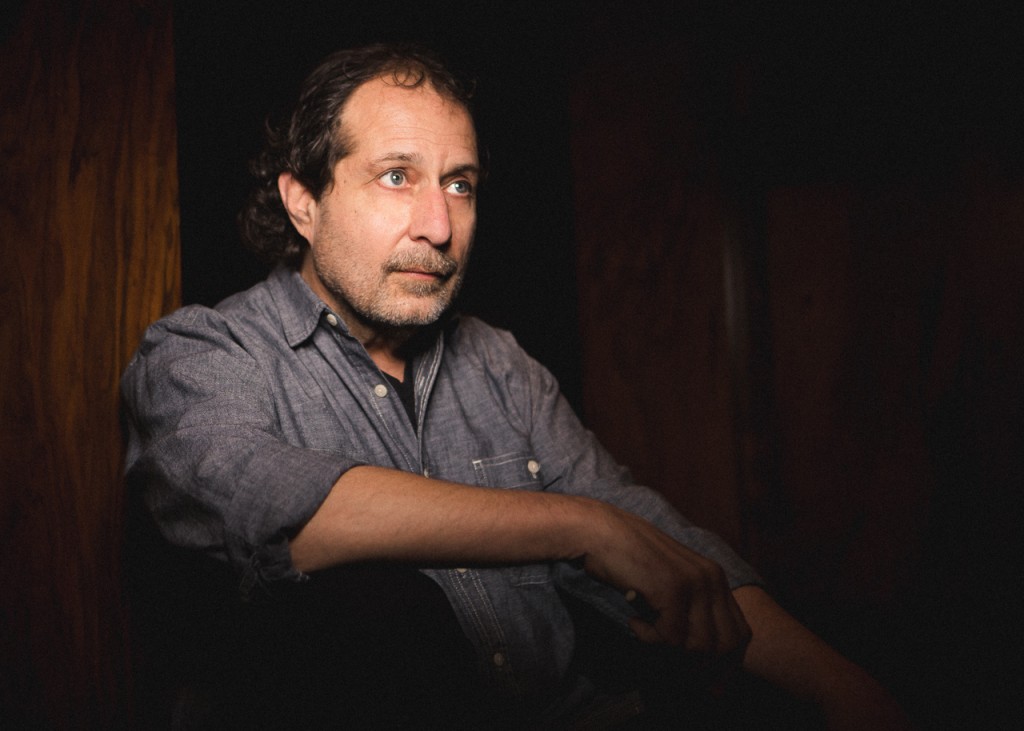 21
Rick Valicenti
Founder and design director, 3st
In just the past year, this magazine has referred to Rick Valicenti as a docent of design and its greatest ambassador. This isn’t gushing: this is a statement of fact about Valicenti’s public profile as a tireless promoter of Chicago design. Or more to the point, of CHGO DSGN. A self-professed typography nerd, Valicenti named the vast exhibition that he curated at the Cultural Center with neat symmetry: four pleasing characters in each word. The exhibition, which showcased the past two decades of graphic and object design in Chicago may have been a culmination of Valicenti’s career as a frontman. It was, at any rate, a neat demonstration of the duality of his life’s work, which is as much design as it is about design.

22
Cindy Pritzker
Philanthropist
No greater paean exists for this doyenne of the Chicago enlightenment values era than the architecture prize that bears her name. More than the built legacy of Hyatt hotels that Cindy Pritzker will leave behind, the prize that she started with late husband Jay will be remembered as the transformative move in global architecture. With few exceptions, architects toil in anonymity, damned forever to the drafting tables. The prize has challenged and changed that condition. That young architects can aspire to public recognition, along with a sizable cash purse, is Pritzker’s gift to the profession. And that buyers of architecture—the corporations and institutions that commission buildings—can now aspire to great design is Pritzker’s gift to us all. 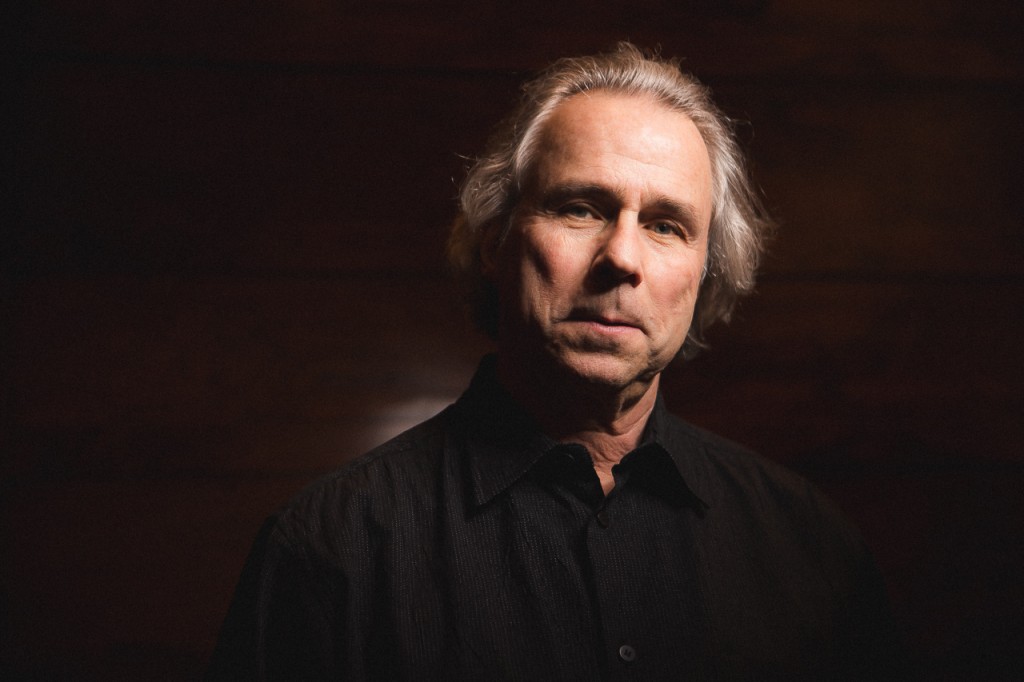 23
Howard Tullman
CEO, 1871
Three years ago, Inc. magazine called 1871 CEO Howard Tullman “the most accomplished, best-connected entrepreneur you’ve never heard of.” That’s no longer the case, if it ever was. Tullman’s name is on the lips of every tech industry leader; his speaking, writing and mentoring in what he calls “disruptive technology” has earned the serial entrepreneur a central role in Chicago’s tech and design boom. Tullman leads 1871, the massive incubator atop the Merchandise Mart that is home to some three-hundred startups. During his tenure, 1871 evolved from a wild guess to a full-fledged business that nurtures some of the city’s top talent. But Tullman doesn’t stand still: he is also managing partner of G2T3V and Chicago High Tech Investment, fostering networks and resources for hopeful entrepreneurs. 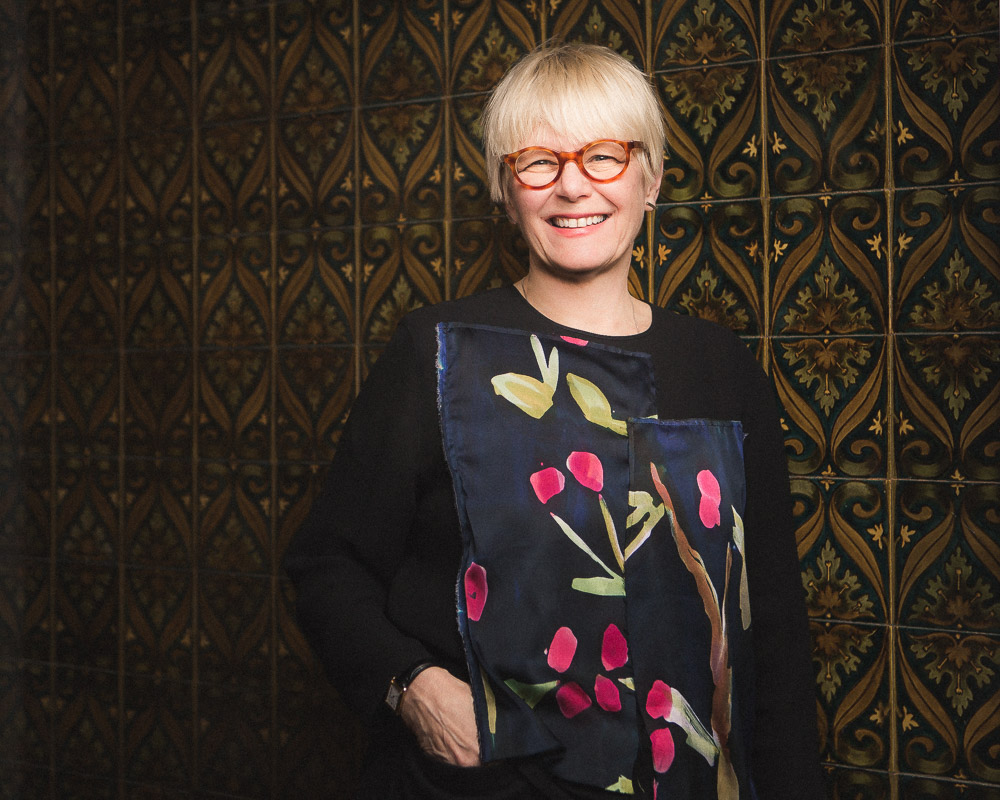 24
Andrea Reynders
Design director, Chicago Fashion Incubator
For Andrea Reynders making beautiful garments is not enough. Her vision is to empower budding designers to materialize their own vision. Having worked for nearly forty years in the Department of Fashion Design at the School of the Art Institute—she continues to teach there—the Chicago-born SAIC alumni and professor emeritus also contributes to many other design-related initiatives in the city, such as Chicago History Museum’s FashioNext and the Chicago Fashion Incubator. As  design director at the CFI, Reynders helps emerging designers enter the tough business of fashion, personally mentoring six college graduates in a two-year program. Six may just be the magic number for Reynders, who has raised that many children of her own.

25
Jennifer Pritzker
Philanthropist
True to a family tradition, the billionaire may be the city’s most eccentric architectural preservationist. Jennifer Pritzker led the painstaking restoration of the Monroe Building, which has been returned to the glory days of elaborate tilework and iron filigree; the building houses the former National Guard colonel’s Pritzker Military Library. These days, under Pritzker’s guidance, her investment corporation Tawani Enterprises is investing in ambitious and risky real estate projects; a  recently restored Frank Lloyd Wright jewel, the Emil Bach House, has been reopened as a bed and breakfast. Tawani Enterprises is breathing life into structures that have seen better days —and letting us join in the fun.

26
Ed Uhlir
Executive director, Millennium Park Inc.
In a big city with big bucks pouring in from visitors, Ed Uhlir oversees Big Tourism Draw Number One. Perhaps the most unassuming powerbroker on the list, Uhlir got the famous public space built with an award-winning design and world-famous public art. Ten years later, the park welcomes five million visitors annually, who in turn bring an estimated $1.28 billion in tourism dollars to Chicago. But Uhlir’s work is by no means limited to tourism; the park that he oversees has transformed South Michigan Avenue into an economic and cultural corridor, and created scores of jobs in the process. Uhlir isn’t resting on his well-pruned laurels: Millennium Park continues to commission public art, present concerts and invent new ways to delight visitors and residents.

27
Kim Coventry
Executive director, Driehaus Foundation
One can hardly traverse a lobby of an architecture nonprofit in Chicago without seeing the name of Driehaus Foundation printed in a tasteful font on a donor wall. The foundation, which gives away between four and five million annually, has a major impact on the city’s built environment; it supports the good work of countless organizations including Preservation Chicago, Congress for the New Urbanism and Designs for Dignity. The Foundation’s new head, Kim Coventry, has a big mission to pursue and big shoes to fill. She replaces Sunny Fischer, who had become a ubiquitous presence on the architecture, design and community development circuit. But Coventry is no stranger to Chicago—through her previous consulting work and board service, she is well familiar with the nonprofit sector. With impressive credentials and a sizable budget, we know that Coventry will keep the Driehaus name in Chicagoans minds, hearts and donor lists.

28
Bonnie McDonald
President, Landmarks Illinois
In a city that prides itself on constantly reinventing itself, preserving the past can be tricky business. At Landmarks, an organization that champions the preservation of architectural heritage, Bonnie McDonald has already distinguished herself as a consensus builder, capable of finding common interests among preservation activists, environmentalists and even (horror of horrors!) real estate developers, many of whom comprise the organization’s board of directors. But not even this Cornell-educated, Minnesota-bred transplant can have it all; notoriously, the battle to save Bertrand Goldberg’s Prentice Women’s Hospital ended with the wrecking ball. But McDonald made sure it didn’t go down without a serious fight.

29
Cassandra Francis
President, Friends of the Parks
Barely a year into her tenure at the helm of Friends of the Parks, Cassandra Francis is regularly making headlines. Two proposed high-profile projects have the city’s public space at the heart of the debate, with the mayor claiming all-or-nothing in site selection. When the Lucas Museum design was unveiled for a site near Soldier Field on the city’s south lakefront, Francis declared the lakefront “not for sale.” Friends of the Parks enlisted the help of lawyer Tom Geoghegan to file a federal lawsuit blocking use of the site. Now, with the prospect of chopping up Washington Park to make way for the presidential library, Francis is once again putting her urban planning and real estate acumen to use. She’s got history—and the ghost of Montgomery Ward—on her side.

30
Cheryl Durst
Executive vice president and CEO, International Interior Design Association
Though her office is in Chicago, Cheryl Durst herself is everywhere. She is the winged archangel of interior design, soaring through celestial heights en route to Milan and Paris, Dubai and Doha, New York and New Mexico. Durst’s travel schedule isn’t incidental: as the head of a global professional association, Durst is a visible presence at countless events, meetings and awards conducted by IIDA’s thirty-one chapters. Durst understands that the interior design industry carries a critical mass, that, collectively, its members weigh heavily on workplace culture, on taste, on the environment. That’s the important message which, in her frequent speeches, Durst carries from Chicago to the world.