31
Jim Jacoby
Partner and ISO, ADMCI The School for Digital Craftsmanship
What are you built for? Jim Jacoby asks himself this question every day and he thinks you should too. Having pioneered user-centered principles in websites and online experiences, Jacoby is now off to vaster challenges. He seeks nothing less than to design a life well-lived. And he’s doing it on a public stage, with a bit of danger thrown in for good measure. Jacoby launched the American Design and Master-Craft Initiative to house and share the practices he’s uncovering through unusual design commissions. Recently, he tasked the world’s leading design engineer to build the world’s fastest four-cylinder motorcycle. And he’ll ride the prototype to prove his point. The long game? ADMCi will establish new standards of excellence in design practices that emerge out of Chicago. For Jacoby, Chicago design will soon be pronounced with the same reverence that Chicago architecture or Chicago economics are today. 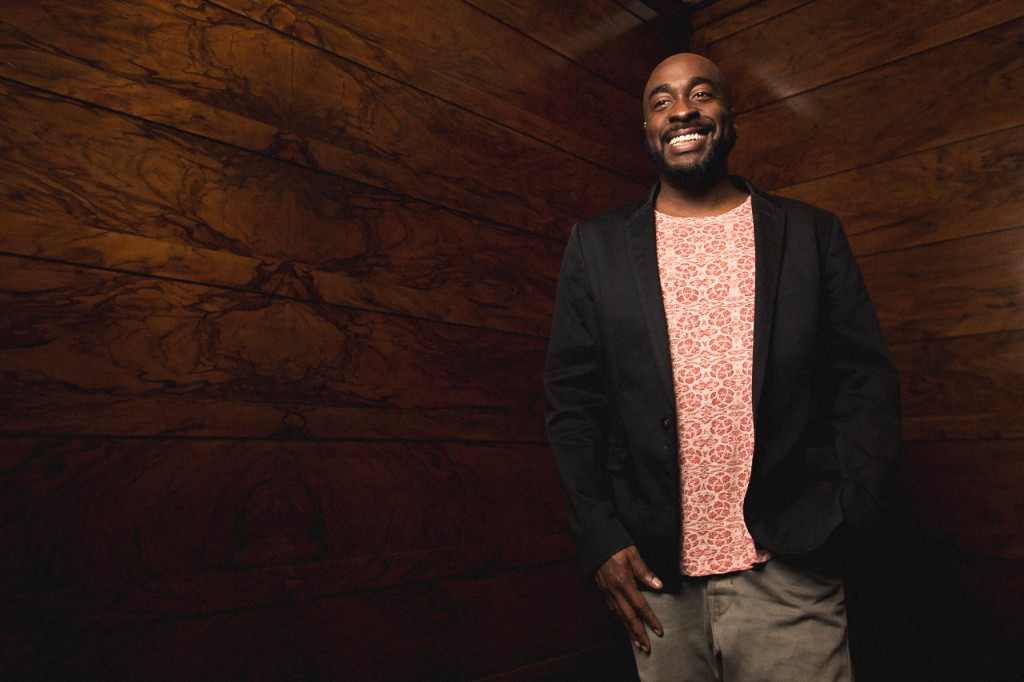 32
Eric Williams
Owner, Silver Room and Needs
Eric Williams is fixing to move Silver Room to Hyde Park at the end of the month. That ends an enviable tenure in Wicker Park where, since 1997, the Silver Room has been an institution of cool. Williams will open a new South Side shop that represents, and caters to, a broad “community of artists, writers, designers, and intellectuals” who have been his fellow-travelers. But Williams isn’t done with Wicker Park yet: he plans to keep one foot in the neighborhood with Needs, a “European designer, dressy-casual” menswear shop. In line with Silver Room’s ability to “diversify a ring for the biker dude or the minimalist,” Williams will maintain his customers and his standards by “adapting without changing fundamentally.”

33
Devin Kirk
Vice president of merchandising, Jayson Home
It’s hard to remember that just twenty years ago Clybourn Corridor was a desolate industrial strip with nary a haute hotdog shop or Euro-design-for-babies boutique. One of the area’s pioneers was Jayson Home and Garden. Having mostly shifted away from the “garden” aspect, Jayson Home has become a chic-rustique influencer in the world of interior decor. Kirk, who’s been the company’s buyer for nearly thirteen years, weaves a story with a modern-vintage mix. The mix is approachable and the story coherent; yet, it still has that aspirational quality. Though celebrities are said to gush over Kirk’s exotic finds, the rest of us too can own a piece of the fantasy. We await the annual warehouse sale, which Kirk fills with flea-market treasures from France and beyond.

34
Dawn Hancock
Founder and managing director, Firebelly Design
Dawn Hancock founded Firebelly Design at twenty-five. She insists she wouldn’t have if she had known better. Lucky for Chicago’s design community, she didn’t. While building corporate websites at the now-defunct Metamor Technologies, Hancock felt more connected to her volunteer gigs designing for nonprofits. She established Firebelly in that spirit: “good design for good reason.” Hancock’s agency has since spawned Firebelly Foundation, which encourages designers to become social entrepreneurs through programs like Grant for Good, Reason to Give, Camp Firebelly, and Firebelly U. Given her busy do-gooding schedule, one might think Hancock would have time for little else. Yet, hardly a month goes by that she isn’t offering something more to the design community, be it curating an exhibition (as in the annual Typeforce) or offering a talk at Mas Context. The Firebelly studio is verdant with terrariums from a team-building outing to Sprout Home—a testament, she says, to her big-hearted management style. Hancock admits she had to call mentor Rick Valicenti for advice the first time she fired someone. 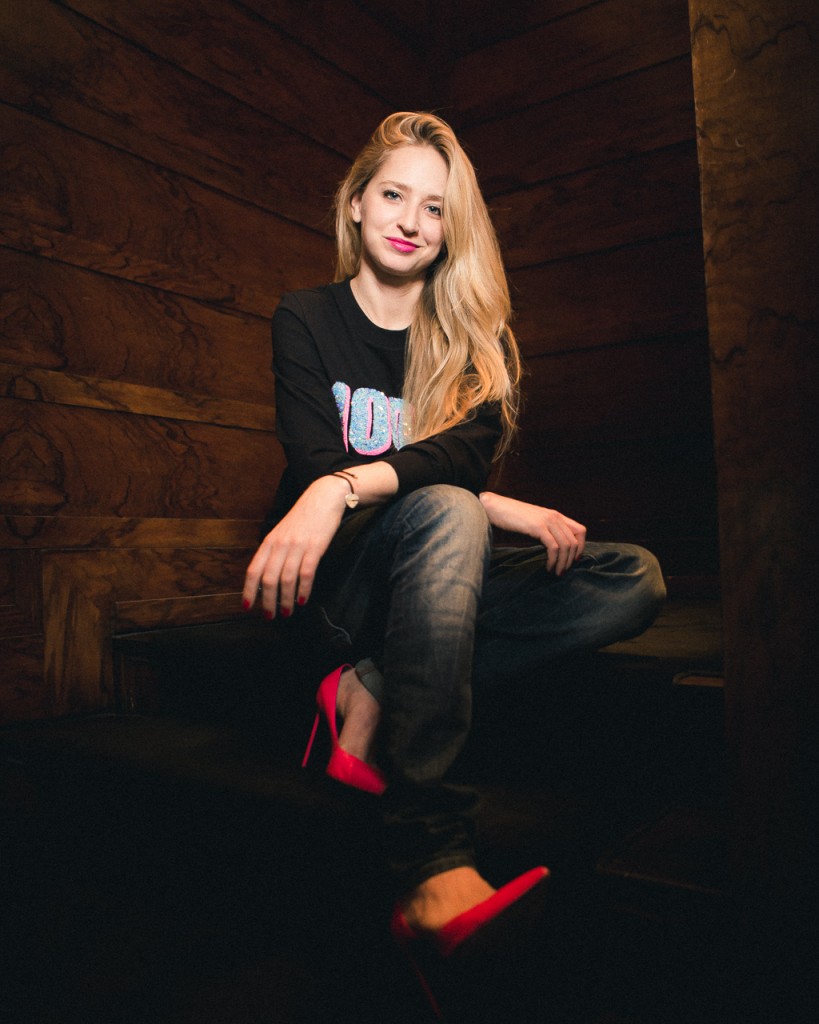 35
April Francis
Founder, Dose Market
Like a heavenly body, April Francis has considerable gravitational pull. She routinely draws Chicago’s design and craft heavyweights to her nationally famous Dose Market, which has quickly become a gathering place for creative talent. At Dose, it isn’t surprising to see the SAIC professor and jewelry maker Gillion Carrara or Michelin-starred chef Grant Achatz, who once poured free cocktails at the market. Thanks to Francis, Chicago has a place for many local designers to connect, grow their reputations and reach eager customers who not infrequently stand in long queues to be admitted into her orbit. 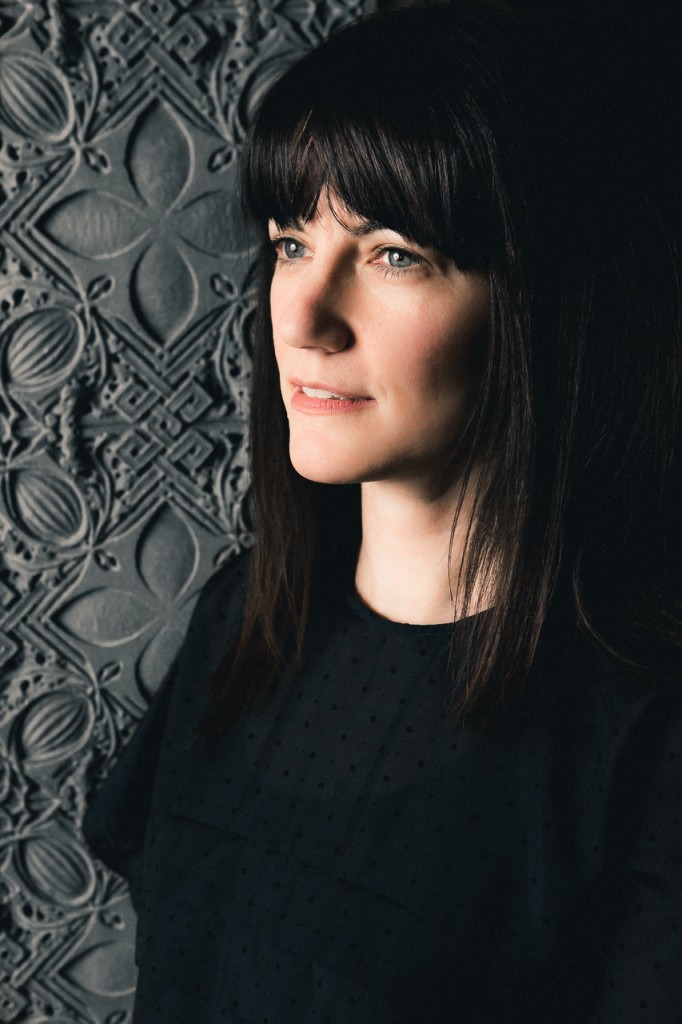 36
Alisa Wolfson
Director of design, Leo Burnett
As if being the first and only director of design at global advertising powerhouse Leo Burnett wasn’t enough, Alisa Wolfson seems to have a hand in everything: at least, in everything that matters. The award-winning designer shapes the identity of the nonprofit Lampo, which brings experimental sounds to public ears. And now, she’s added another leadership role to an ever-growing array of projects: co-president at the Chicago chapter of the AIGA. The timing of Wolfson’s appointment couldn’t be more propitious as AIGA marks its centennial anniversary this year with “This Is Chicago,” a series of events and publications that celebrates the city’s rich history of graphic design. 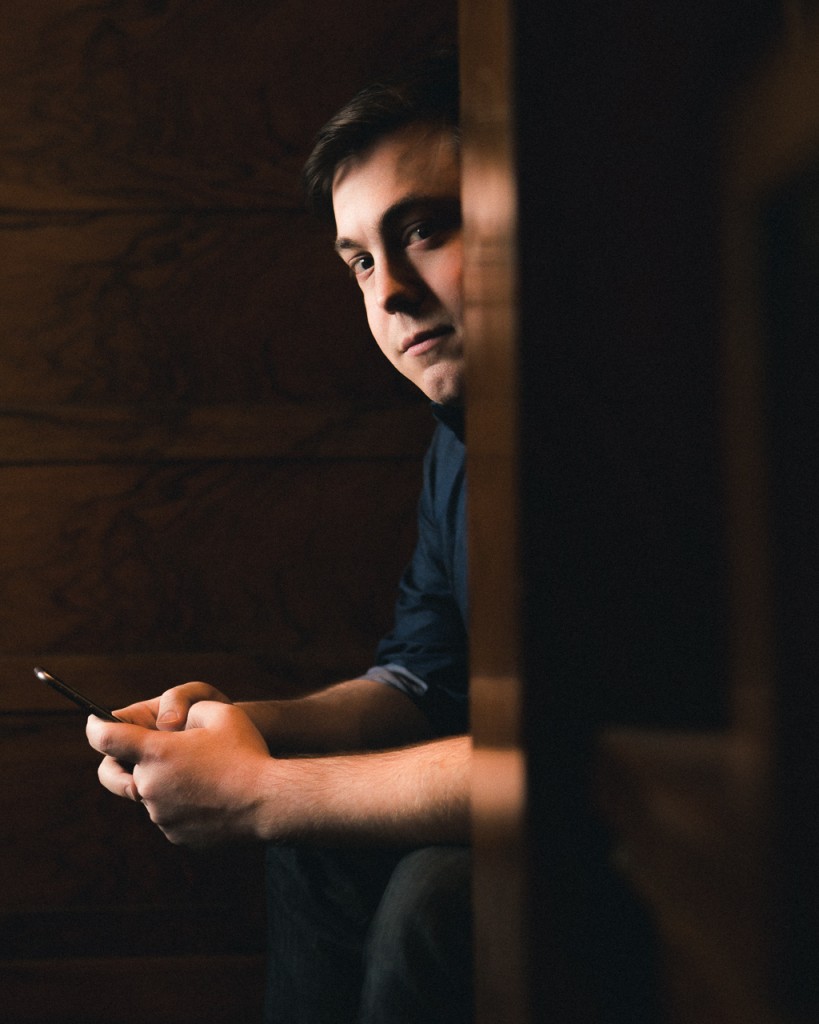 37
Max Temkin
Co-founder, Cards Against Humanity
Cards Against Humanity may be touted as a pastime “for horrible people,” but co-founder Max Temkin himself abhors horror. The designer, who has a penchant for philanthropy, has skyrocketed his company into pop-culture legend over the past two years thanks to pairing humorously subversive product development and marketing—such as selling pasteurized “bull shit” on last year’s Black Friday and crowdsourcing ownership to a de-populated island off the coast of Maine—with a commitment to civic engagement. Temkin has tapped into the zeitgeist in an important way; his company’s sprawling new Bucktown co-working space is quickly becoming the go-to hub for designers, artists and all those who prefer “projects” to “businesses.” 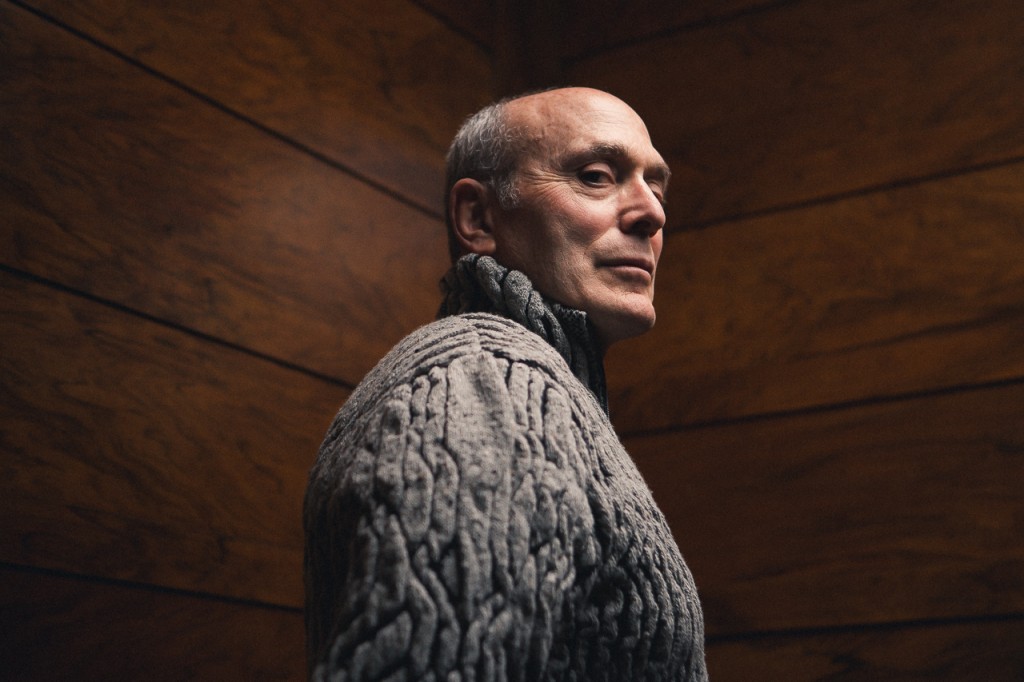 38
Morlen Sinoway
Owner, Morlen Sinoway Atelier
One can hardly remember Fulton Market before Sinoway—in fact, one doubts if Fulton Market would ever exist without the pioneering retailer. Sinoway’s home-goods store, which features carefully selected furniture and objects from local and international designers, was an early outpost of high design among produce warehouses. In a move that brilliantly combined altruism and marketing, Sinoway launched the Guerrilla Truck Show, an annual event at which a caravan of rental trucks, each filled with wares from emerging furniture and object designers, pop up along Fulton. Scheduled during the international furniture show NeoCon, the event benefits an AIDS charity while positioning Sinoway’s block as a design mecca. 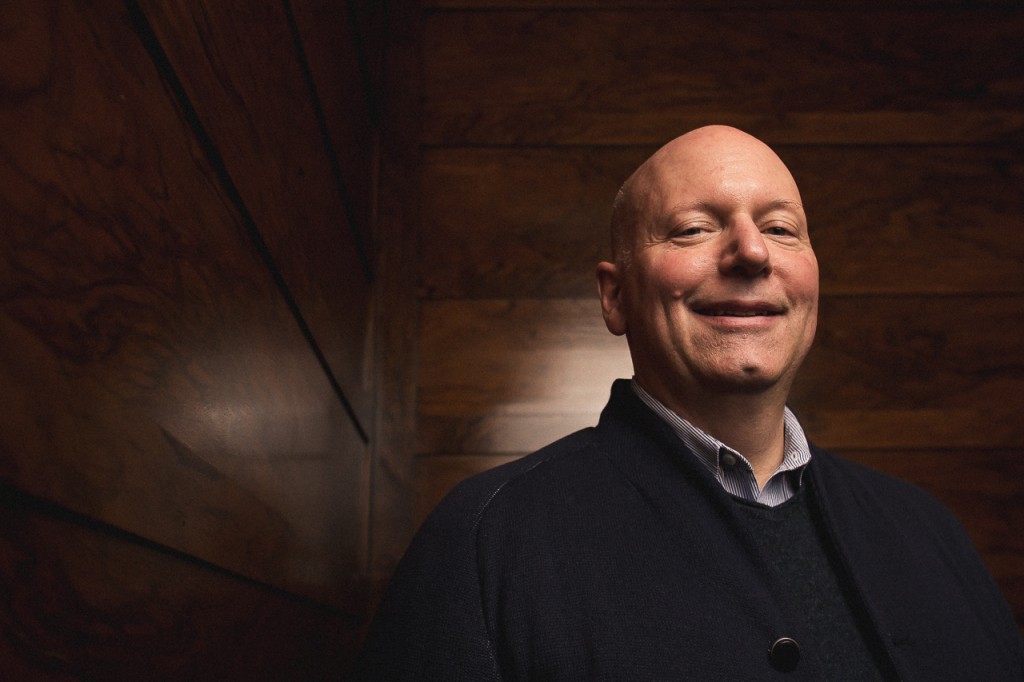 39
Dirk Denison
Founder, Dirk Denison Architects
An omnipresent force in the Chicago design scene, Dirk Denison embodies the spirit that every aspiring architect hopes to capture. He is a design trendsetter, an arts patron, a teacher and mentor, and—as of last year—the muse of MCHAP, a new prize awarded to some of the world’s most innovative architects. The awards program for MCHAP, which stands for the Mies van der Rohe Crown Hall Architecture Prize, was, in architecture industry terms, a star-studded affair and a reminder of Chicago’s continuing influence in global design. 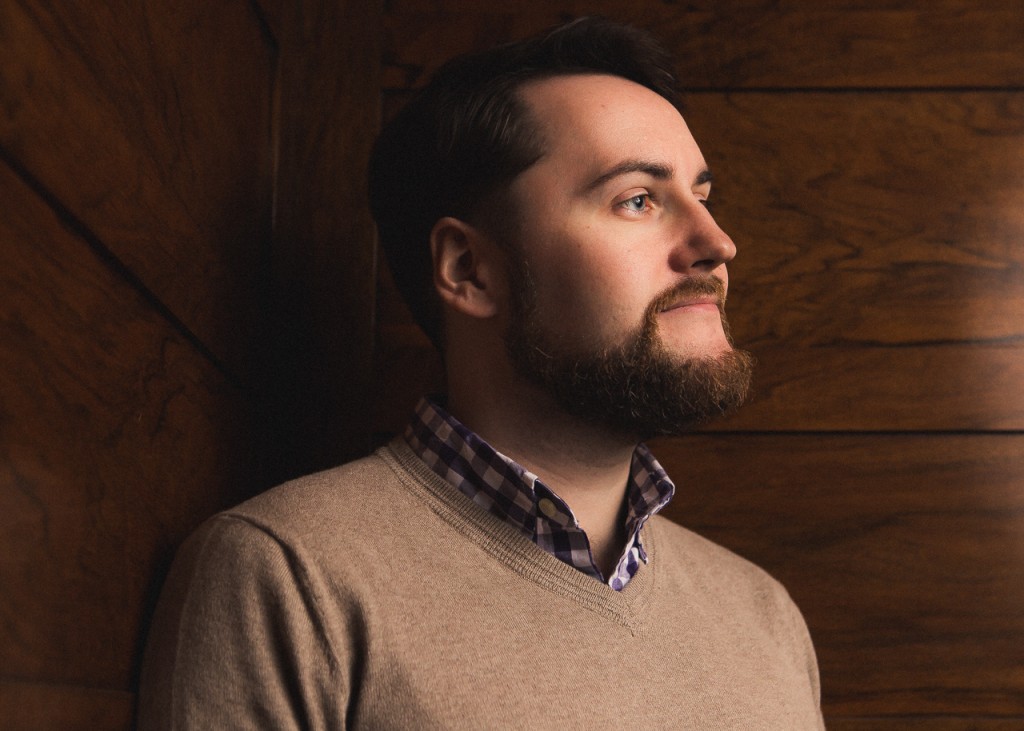 40
Chris Bentley
Midwest Editor, The Architect’s Newspaper
Chicago’s architecture journalists are a small fraternity—so small that when Chris Bentley was appointed to lead the Midwest coverage for the The Architect’s Newspaper, he just about doubled its ranks. Bentley, a transplant from the East, has adopted Chicago as his home; here, he writes about city planning, architectural design and sustainability. Under Bentley, “AN” has become a familiar presence in the offices of architecture firms from St. Paul to St. Louis; it documents the day-to-day work of the region’s practitioners. But Bentley’s voice is heard outside of the industry too. In addition to presiding over the midwestern prairie, Bentley provides enlightening commentary on obscure questions as a regular contributor to WBEZ’s “Curious City.”