41
Iker Gil
Director, MAS Studio and editor-in-chief, MAS Context
Not many architects have the fortitude to leave a promising career at one of the world’s top firms. Iker Gil, a Bilbao transplant, not only left Skidmore, Owings & Merrill but left it for an uncertain future, without having another solid gig lined up. If his subsequent career—as a publisher and editor of a journal, as an organizer of public programs, as a teacher of young designers, as a curator of exhibitions and as a public intellectual—is any indication of success, Gil thrives on uncertainty. His practice, MAS Studio, and its related journal, MAS Context, have become central for new thought in Chicago. It’s almost as if Gil can’t help being at the center: even his apartment in Marina City has become something of an informal salon and performance space. Just don’t tell his condo board.

42
Michael Jefferson
Senior vice president, Wright
Long before he was manning the specialist desk at Wright auctions, Michael Jefferson was a painter with a sharp eye for the evolutions in visual languages. That may be why he rose to a position of power and influence at Wright, from whose sprawling warehouse he directs the avante of markets in modern and contemporary design. As the auction house expands—a second location in New York has brought Wright closer to its East Coast customers—Jefferson has remained a visible presence in Chicago, where he presides over some of its most exciting auctions.

43
Bruce Mau
Co-founder, Massive Change Network
Since Bruce Mau moved to Chicago, his influence on the design community has only expanded. Mau has said that the design community he’s found here is unrivaled elsewhere, and he’s certainly found like-minded designers here: which is to say, designers who, like Mau, are interested in the intersection of the built and visual environments and in the notion of social change. Having started with his partner Bisi Williams the Massive Change Network, a business consultancy that applies Mau’s design principles, he addresses global issues by using the methods he’s developed, based on “radical optimism,” to find a key. Mau thinks of design not as something visual but as something that, by a systemic and creative approach, produces desired outcomes. 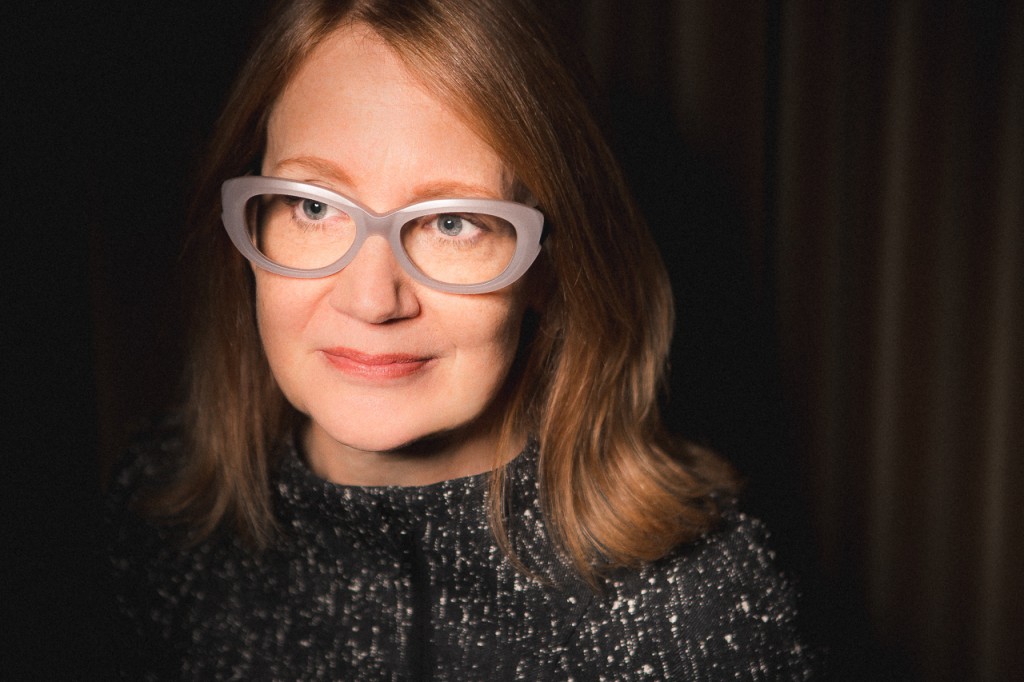 44
Marcia Lausen
Director and professor, School of Design, University of Illinois at Chicago
After the 2000 presidential election, in which poor ballot design produced the indelible cultural trope of “hanging chads” and which cost Al Gore a victory, UIC’s Marcia Lausen developed AIGA’s Design for Democracy ballot and election design project, an initiative that deploys design principles to make voting easier for all citizens and more accurate. That’s the kind of design issues Lausen grapples with: socially-minded, relevant and maybe just a little offbeat. The designer, professor and author also founded the Chicago office of Studio/lab, an interdisciplinary firm that integrates branding and environmental design practices. Her work is evidence that design doesn’t always mean, as she once said, “decoration.” Perhaps, in essence, design is a mode of democratic participation. 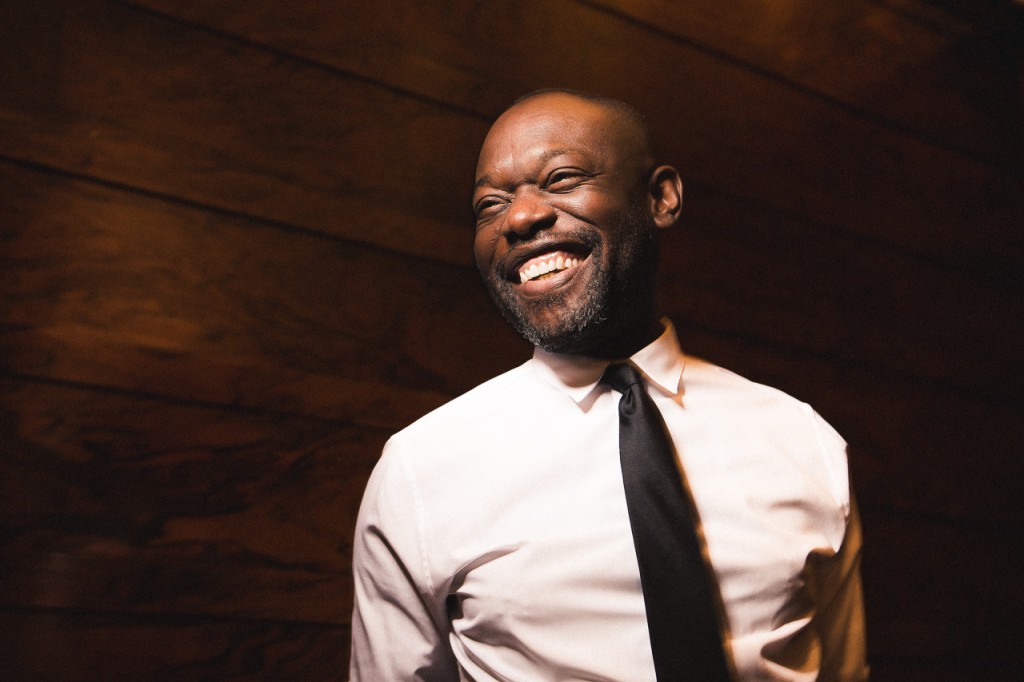 45
Obi Nwazota
Owner, OrangeSkin
When Obi Nwazota first opened the furniture boutique OrangeSkin in the seedier stretches of Wicker Park, it was as if a spaceship from a more fabulous future had landed. It was an act of defiance, a reaction, Nwazota says, against a Midwestern conservatism. But his store also defied neighborhood boundaries and, more importantly, a blind obedience to Miesian furniture. In the decades that followed, Nwazota has moved his location closer to the bustle of the Merchandise Mart, but he certainly has not lost the bad-boy personality of the store. OrangeSkin’s inventory, which Nwazota personally oversees, remains a bright spot of color, shape and—can we say it?—alienness in River North. 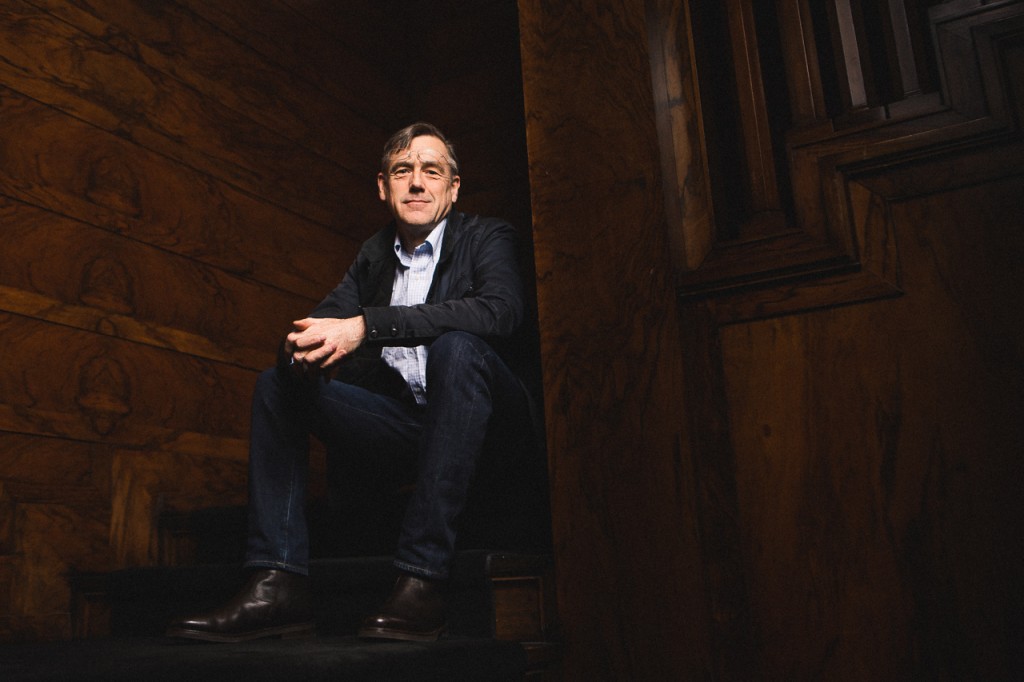 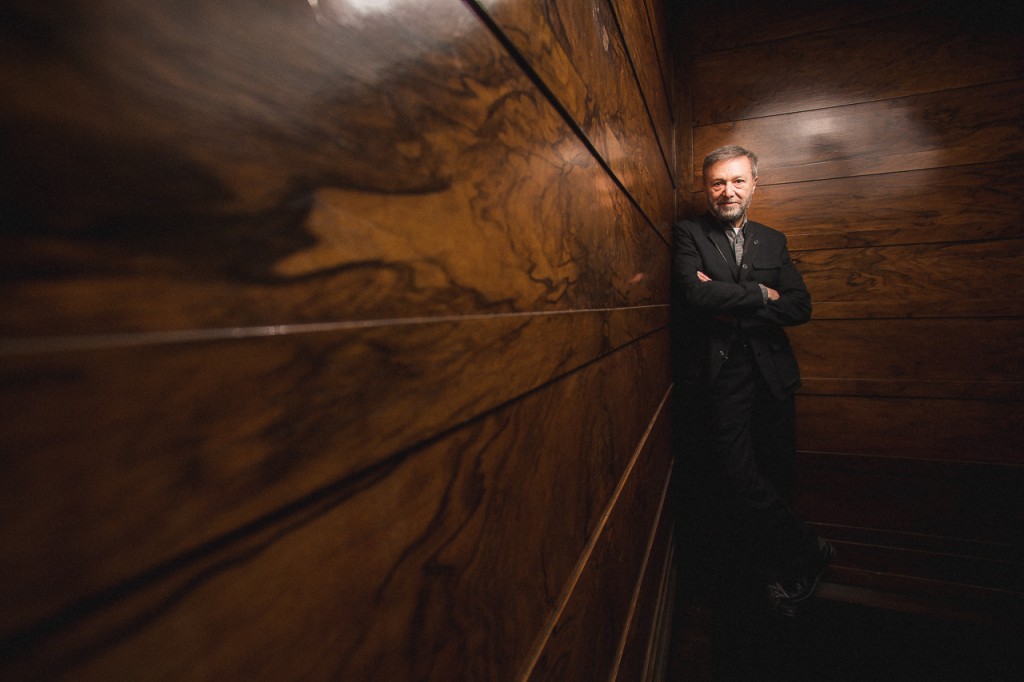 46
Peter Pfanner and Stephen Melamed
Executive director and associate director, UIC Innovation Center
The idea behind UIC’s Innovation Center—that academic research ought to translate to developments in the industry—is so straightforward, it’s a wonder that so few schools follow it. As the Center’s director, Peter Pfanner is a perfect fit: the Motorola veteran’s career has been as cross-disciplinary as UIC’s lab wants to become. Like Pfanner, Stephen Melamed, a UIC alum, advocates for design without boundaries. When he first began teaching at UIC fifteen years ago, he introduced “interdisciplinary product development,” a curriculum that blends design disciplines, as well as conceptual insights with real-world applications. Though innovation is quickly becoming a cliche, the pair is doing something important: with graduates leaving for the coasts to find jobs, the Innovation Center is giving talented young designers a choice to stay in Chicago. 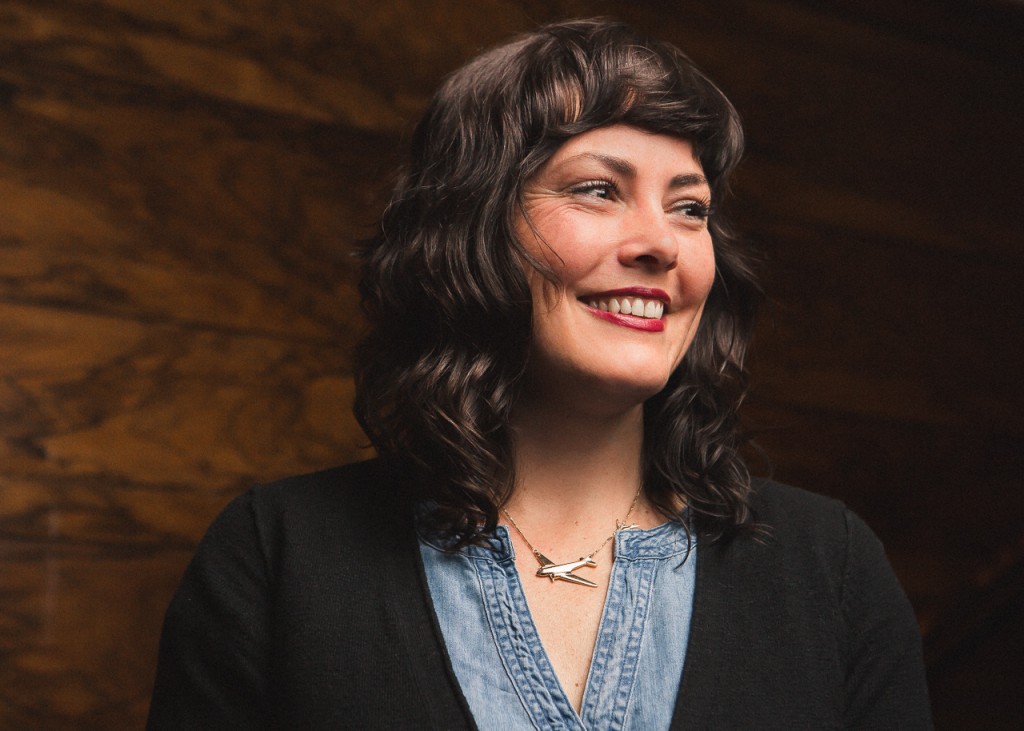 47
Petra Slinkard
Curator of Costumes, Chicago History Museum
Curator Petra Slinkard took Chicago by storm last year with her acclaimed “Chicago Styled: Fashioning The Magnificent Mile” at the Chicago History Museum. She gained the public’s attention by not only weaving fashion and the city’s history into an eye-catching narrative, but also by contributing to events that reached far beyond traditional museum audiences. One of these is FashioNext, a three-month-long program that helps local teens develop their design skills by challenging them to create a garment inspired by the exhibit. Slinkard predicts that the History Museum’s programs will continue expanding in that direction: “as the museum turns its focus to innovation, there will be new opportunities for us to work with and collaborate with designers.” 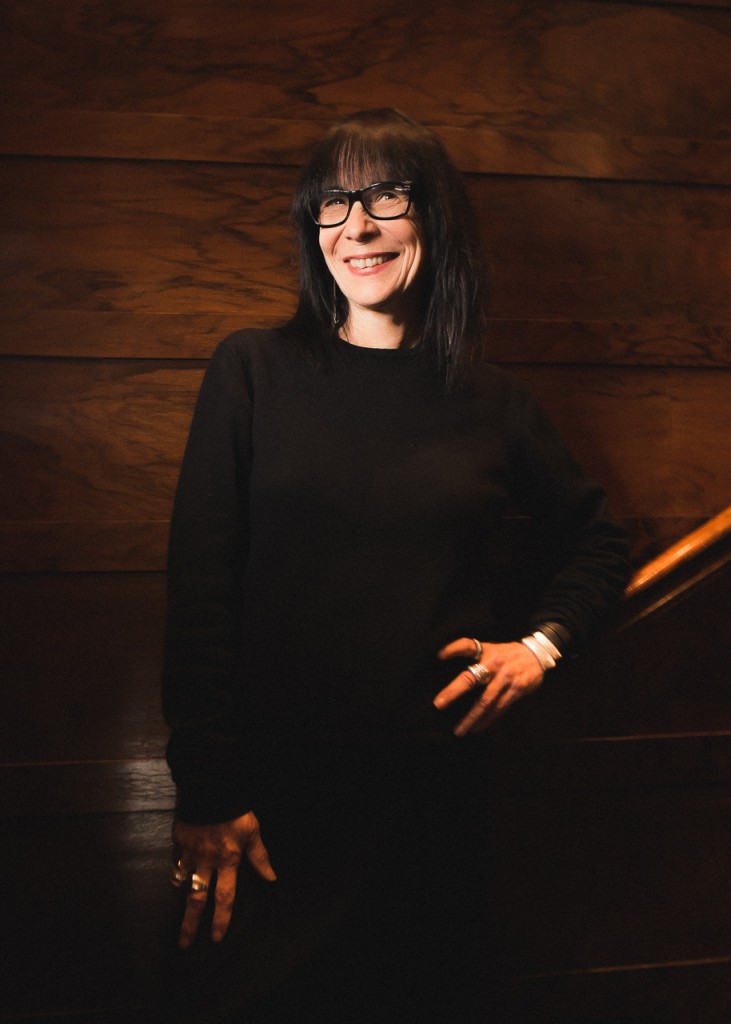 48
Deborah Colman
Owner, Pavilion Antiques
Bucktown’s Pavilion is a bastion of twentieth-century design—a curio cabinet of the sleek, the sculptural, the obscure, the obsessively detailed, the perfectly patinated. Deborah Colman’s eye for lighting fixtures, furniture and objects is flawless; over the years, she has amassed an enviable collection. Well before mid-century modern design was the phenomenon it has become, Colman and her partner were combing Europe for brutalist coffee tables and avant-garde torchières. In the past two years, having championed younger artists for her boutique, Colman has added independent art consulting to her practice. And she’s not done yet: we expect to see a store expansion dedicated to showcasing contemporary American and French pieces.

49
Andrea Schwartz
Vice president of media relations and cause marketing, Macy’s North Central Region
There’s no lack of fashion design talent in Chicago. The challenge has been to prevent the talent from fleeing to the coasts; Schwartz has long worked to prevent the flight. She was an instrumental force in creating the Mayor’s Fashion Council and also established the Chicago Fashion Incubator at Macy’s, a not-for-profit organization which provides mentorship and resources for designers who wish to start their business in the city. Just recently, Schwartz organized a media tour for her Incubator team, coinciding with the Mercedes-Benz Fashion Week. With Schwartz’s indomitable promotional skills, the young talent cultivated at Macy’s will soon be familiar to State Street shoppers when graduates of the two-year Incubator program display their skills in Macy’s famous windows. 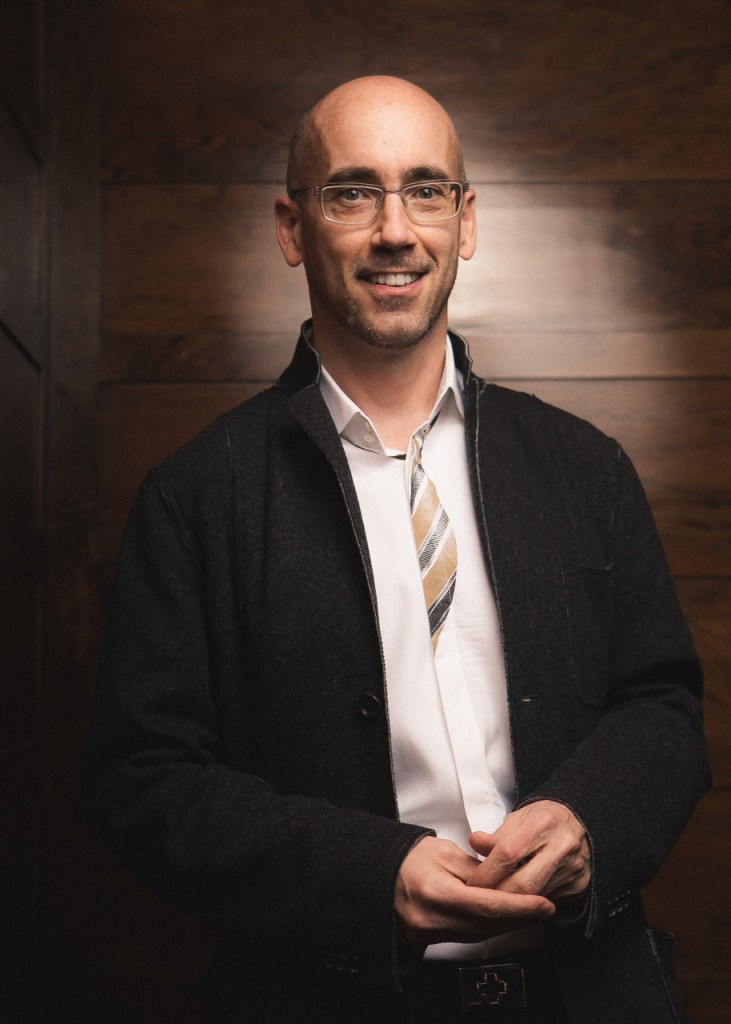 50
Mark Millmore
Director of retail, Museum of Contemporary Art Chicago
Some go to the MCA for the art. But for the well-curated home, there’s the MCA store, a street-level emporium that holds a collection of art objects, books, housewares and apparel. That’s Mark Millmore’s domain, and, over the last decade, he has made MCA’s retail operations into a lifestyle destination. Whether it’s the clever of Daniel Clowes’ prints, or the laddish ribaldry of metal model kits, the store serves simultaneously as an archive of MCA’s past and a promise of a better-designed future. And, thanks to Millmore, it might just be the most fun you’ll ever have in a museum.