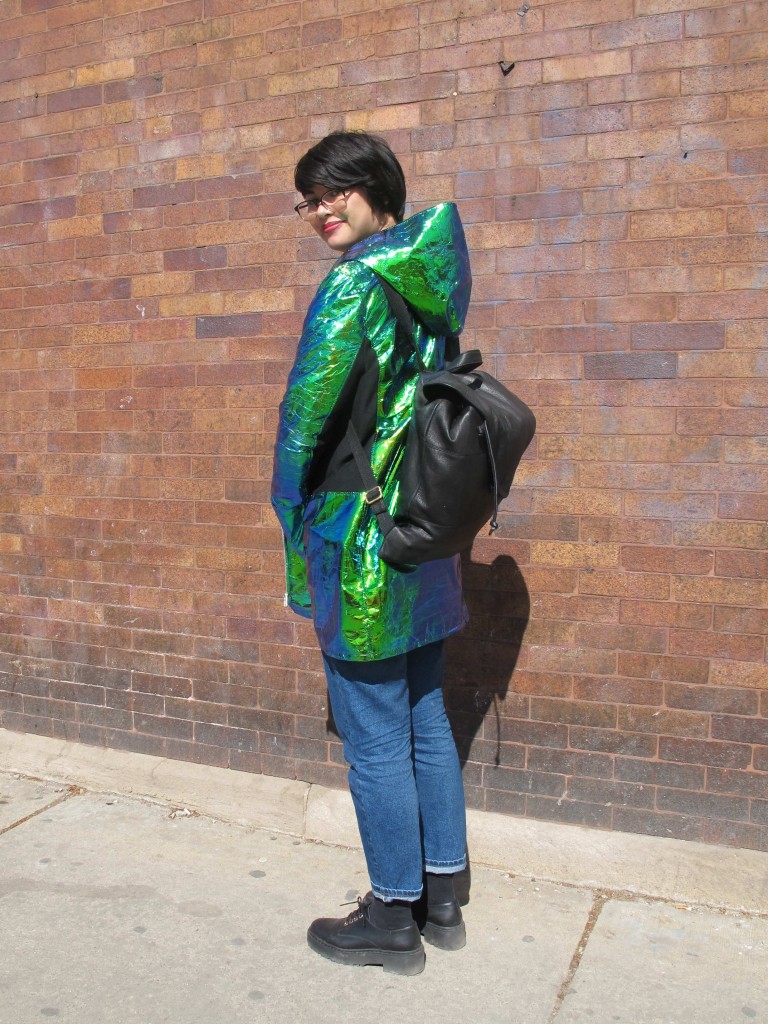 London transplant Kitty Curran was out with her friend to buy some comics and then get some pie for Pi Day.

Whose comic heroine style do you admire the most?
Growing up I loved Jubilee, and in hindsight she was definitely rocking the nineties look—so she’s on trend again these days! Present-day, Ms. Marvel (Kamala Khan) has a cute nerd girl thing going on in her everyday wear, and I like Spider-Gwen and Batgirl’s new costumes.

How would you compare Chicago’s style with your hometown’s?
I think that London style is more dressed up than Chicago’s. The styles can get a little more out there as well, I think because Londoners take pride in being able to ignore anyone, regardless of what they are wearing or doing. Chicago on the other hand is more casual, yet also a bit more skilled with the grooming standards. I think you need to be working from a certain healthy, shiny, knows-what-sunshine-looks-like Midwestern baseline to pull that off though, which most Londoners sadly do not have.

What makes a great look for you?
Having at least one element be a little off. A classic, simple outfit can be great, but add a weird pair of shoes or a quirky print to it and it becomes awesome!

Could you tell me a bit more about your coat? How does wearing it make you feel?
It’s from Ragged Priest, and I picked it up when visiting the family in London last month at the big Topshop on Oxford Street. The lower level is devoted to indie designer concessions, so you can pick up some really cool stuff there. I love it—I’ve never got so many compliments from strangers on an item of clothing before. My husband on the other hand told me I looked like one of the Riddler’s henchmen… and somehow failed to realize that this would only make it seem cooler in my eyes. Bless.