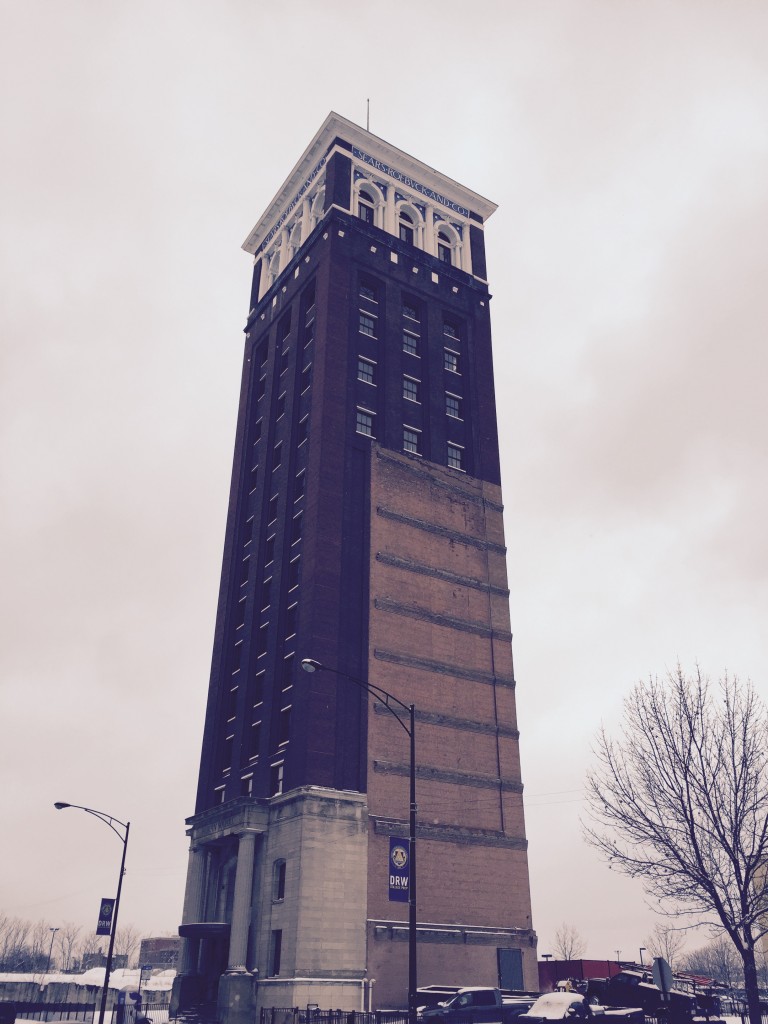 Before the Sears Tower most of us know was the Sears Tower—or the Serious Tower, as a very young friend used to call it—and way before it became the Willis Tower, there was another Sears Tower.

The original Sears Tower was the frontispiece of the massive three-million square-foot Merchandise Building, constructed in 1905-06 on nearly forty-two acres of land acquired by the eponymous corporate giant Sears Roebuck and Co.’s CEO, Julius Rosenwald. Also known as the Catalogue Facility, the Merchandise Building, two city blocks long and nine stories high, encased three sides of the fourteen-story tower, which faces east at the intersection of Homan and Arthington in North Lawndale. With its four elevators, the tower was a stationary people mover, circulating 22,000 employees in and out of the building each day. In addition to five restaurants, this mini-metropolis of dark red brick with terra-cotta trim, designed by the architecture firm of Nimmons and Fellows, boasted its own post office, hospital, an in-house medical staff, a recreation room and a room that circulated books from the Chicago Public Library. The top floor of the tower served as an observation deck—yes, then, too—and the eleventh floor housed WLS radio station. WLS stands for World’s Largest Store.

And, indeed, it was. Before there was Amazon, there was Sears. The mail-order catalogue and advances in the US Postal Service, were the engine for selling everyday domestic goods and equipment to households across the country, including isolated rural homesteads.

The energy driving the electrical and heating systems came from the Power House across the street from the Tower. As late as 2005, the entire floor was a giant sculpture of hydraulic machinery. The L-shaped Merchandise and Development Building to the east served as the product development center. The Printing Building to the west produced forty tons of printed material daily. South of the Merchandise Building was a huge athletic field. This corporate city had its own surplus water supply; its own fire station. Across the street from the Administrative Building is a sunken garden, featuring a 100-foot-long, Doric-styled Pergola, at the time, graced with fountains and goldfish in a small lake, for the refreshment of employees. 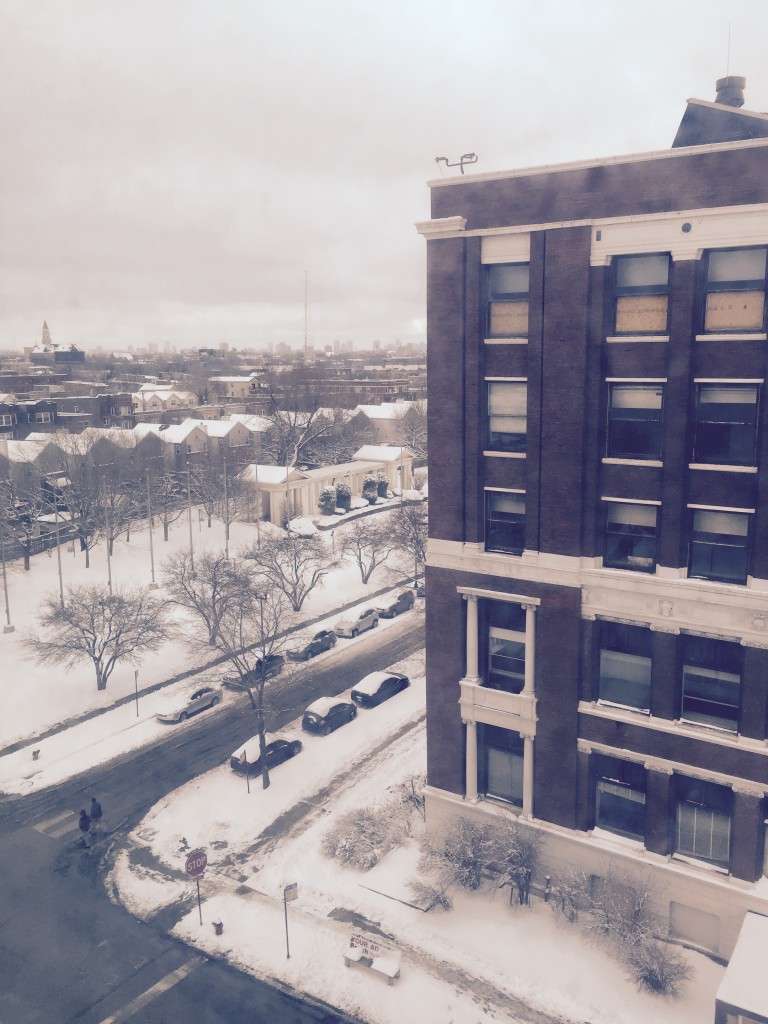 Sears completed the move of their headquarter operations from North Lawndale to the Loop in 1974. The move widened the already gaping hole of rapidly multiplying abandoned and unused buildings and vacant lots, in a community still reeling in the aftermath of the uprising following the assassination of Dr. King in 1968, when two miles of commercial buildings on Roosevelt Road were destroyed by fire. In the space of about fifteen years, retail and industry as sources of family income and a neighborhood tax base disappeared from the community.

By 1985, North Lawndale had become known for something quite different from the innovative enterprise of the early twentieth century, especially after a series of articles, “The American Millstone,” was published in the Chicago Tribune, characterizing the community as a symbol of all the ills of urban America. Or, in other words, of what happens in a community in the wake of wholesale economic disinvestment.

Now we are getting a chance to see what happens when a community benefits from intentional, wholesale investment. Sears created the Homan Arthington Foundation as the entity to which they deeded the buildings and the land in 1994. Enter the developer Charles Shaw. Eventually known as the Foundation for Homan Square, Charles Shaw and his team, including Kristin Dean, who became the Foundation’s president, were responsible for visioning and implementing a plan for community revitalization. The timber-constructed Merchandise Building could not be saved and was demolished, making way during the following decade for 600 units of affordable housing, the Homan Square Community Center, a YMCA, Holy Family School and, most recently, an urban farm.

Shaw died in 2006. The foundation continues to be guided by Dean, whose welcoming presence beams capability and determination. With a big heart and an equally strong mind, Dean is guiding the current renovation of the tower, which is listed on the National Register of Historic Places and is also a City of Chicago designated landmark. 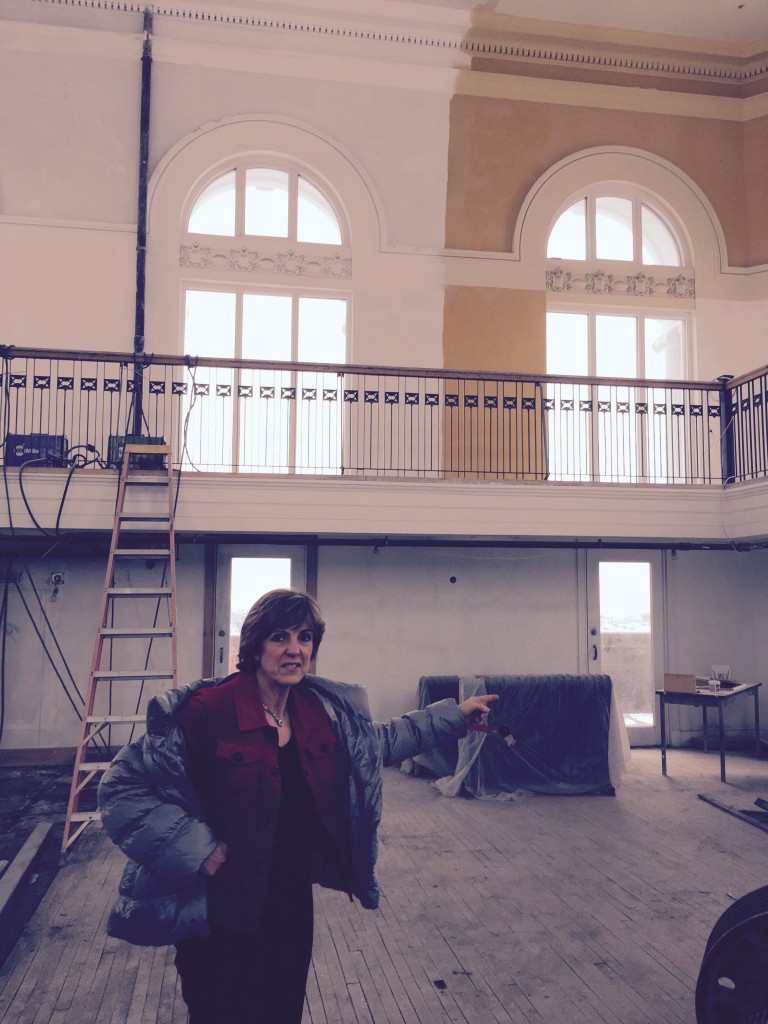 Kristin Dean on the fourteenth floor of the tower/Photo: Aaron Rose

In 2009, plans were activated to convert its fourteen floors, including upper-level floors with high-ceilinged open space, exposed brick and original plaster moldings—ready-made inspiring workspace for innovation and creative enterprise, featuring, also on upper floors, windows on three sides with fantastic views of the city to the north, south and all the way to the skyline.

Funding from John D. and Alexandra C. Nichols, for whom the tower is being renamed, provided the lion’s share of support for the renovation project, which will be completed in summer 2015.

Prospective tenants are being carefully assessed, selected for the contribution they will make to the community and their willingness to participate in a collaborative environment.

The School of the Art Institute will occupy viscerally stunning, exposed-brick space, two stories high, offering arts courses and workshops for youth and adults, as well as an artist-in-residence program. North Lawndale Employment Network, which will occupy two floors, operates job readiness, skill-building, and financial coaching programs that serve area residents, including formerly incarcerated individuals. Their Sweet Beginnings program provides transitional employment for returning citizens by producing and selling urban honey, as well as skin-care products made with the honey.

Free Spirit Media will, fittingly, occupy the space from which WLS was broadcast. Their programs empower teens and young adult to participate in civic engagement by developing media and life skills. The tower will also host Free Spirit PRO, a social enterprise production arm, and offer space for all community members to generate dialogue about community issues. UCAN, an organization dedicated to working with youth and families who have suffered trauma from exposure to violence, offers healing and advocacy services, and promotes neighborhood development and economic opportunities as a way to reduce violence in the community. 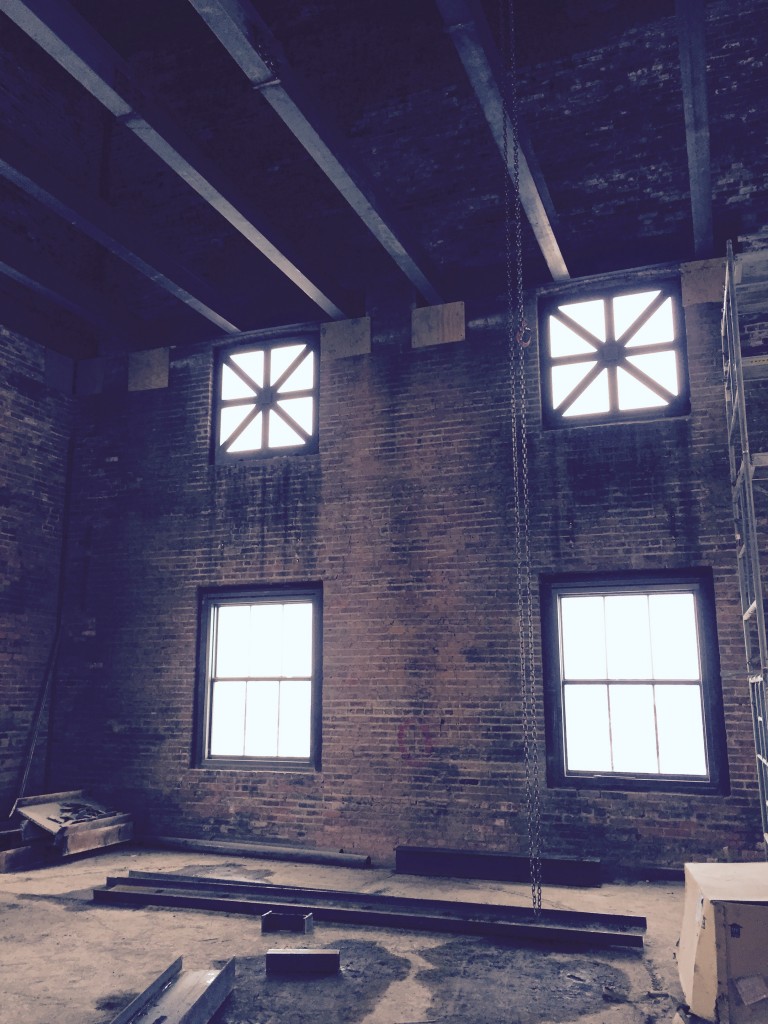 The third floor of the tower will be an open community area—a space for tenants and people from surrounding institutions to meet for lunch and to hold meetings.

The success of the project seems assured by this lineup as well as by the track record of a foundation with high ideals and goals. The repurposing of the original Power House was also their brainchild. A decade ago, the Power House was a dusty relic. In 2006, the building was rededicated as Henry Ford Academy Power House High; in 2009, the Charles H. Shaw Technology and Learning Center opened to ninth- and tenth-grade students. Shiny machine artifacts that once powered the Sears complex now generate symbolic power for the students, most of whom live in the North Lawndale community.

Like the converted Power House, the new Nichols Tower at Homan Square signals a commitment to vibrant social engagement that transforms destructive forces of the past into aspirations and possibilities—and triumph.