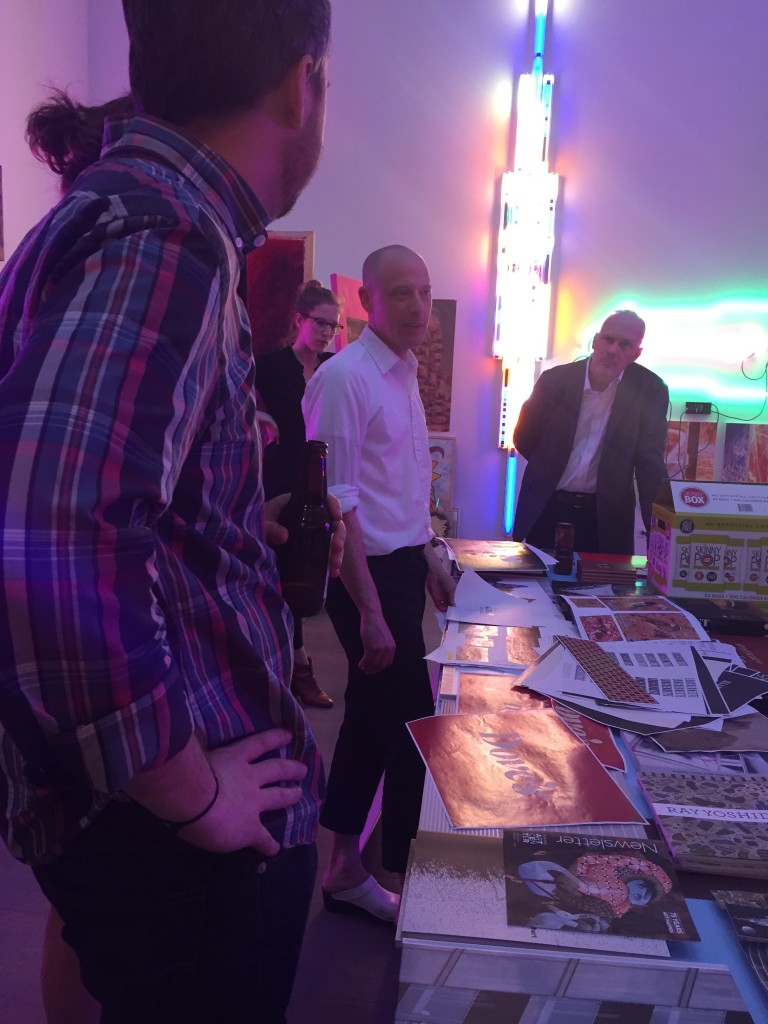 JNL graphic design and its founder, Jason Pickleman, have achieved a certain level of notoriety in the Chicago design community, though Pickleman insists “people don’t know us north of Addison.” Whether or not that’s true, the people who do know JNL are many and varied, as evidenced at a recent studio visit organized by Mas Context. JNL’s prolific output over its twenty-three-year history has included branding, logos, books, brochures, newsletters and other collateral for practically every cultural institution in Chicago—and then some. JNL has branded small nonprofits like Hyde Park Art Center, international cultural events like EXPO Chicago, many of Chicago’s finest restaurants and major venues like Millennium Park, whose tenth anniversary mark Pickleman designed last year, as profiled in the pages of this magazine. The studio also designed the logo and packaging for national snacking sensation Skinny Pop. No big deal.

Given the scope and volume of the work—and it is “work,” not a “practice” according to Pickleman, who finds the latter description pretentious—it’s hard to believe the studio counts all of two people on its design staff. Pickleman’s second-in-command, Daniel Marsden, was Pickleman’s first (and only) hire, and has worked with Pickleman for fifteen years (Pickleman’s wife, Leslie, manages the books). When asked about their process, Marsden described it as collaborative, ground-up work. “We always start from zero,” Pickleman agreed. “No matter who the client is. We don’t take clients for granted. Every day we have to prove ourselves.”

During the visit on April 2, Pickleman described the studio as a Chicago-centric production house, where he and Marsden have honed their craft so fiercely that, at this point, they can “turn creativity on and off like a light switch.” The studio itself reflects that ethos: like a combination art gallery and maker lab, Pickleman’s art collection and own artwork adorns the walls, and a tell-tale saw and level tucked away in the bathroom belie the roll-up-your-shirtsleeves work ethic. Noticeably missing from the décor: graphic design work. Pickleman said he’s more interested in art than graphic design, because art embraces ambiguity and offers space for interpretation, whereas commercial graphic design is functional, its meaning fixed. “I judge what I do for my clients by an artistic standard,” he said. “I always ask myself: would I put it on my wall?” (Brook Rosini)