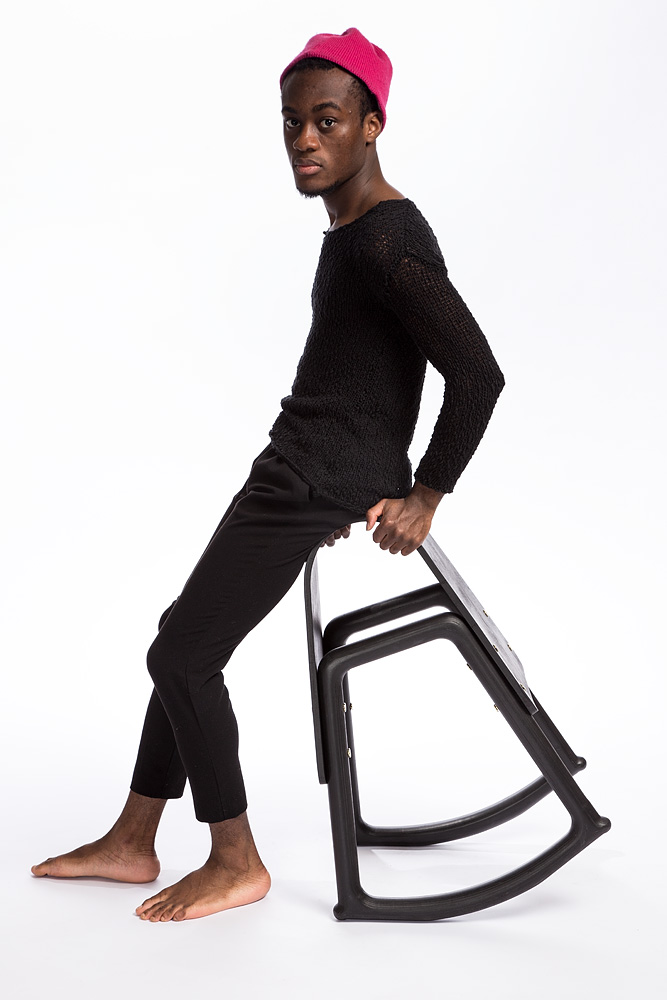 A model and a Teague

This month, a collection of furniture and objects by Chicago design students will be on display at the world’s largest design industry trade show, the Milan Furniture Fair or Milano Salone. This is the eighth year that select students from the Architecture, Interior Architecture, and Designed Objects (AIADO) program at the School of the Art Institute will have this opportunity. It is this kind of international exposure and direct interface with large design houses that brought forty-six-year-old designer Norman Teague to graduate school at SAIC.

Teague has a vision for how design can elevate communities on the South Side and drive economic growth. He wants a storefront to make the process accessible for young people to create things that are empowering, beautiful and useful. His career to date includes collaborations with some of the city’s most talented artists and designers from Theaster Gates to John Preus, and Eric Williams of the Silver Room. Norman’s design for a stool that facilitates fleeting but meaningful conversations will be at the Spazio Rossana Orlandi during Design Week, along with work of eleven of his classmates.

Credit for this global exposure goes to the director of the Designed Objects program, Helen Maria Nugent, or HM. As a young designer, her first show was at the ICFF in New York City, so it was a natural fit for her to bring SAIC students there when she became director of the Designed Objects program a decade ago. In 2005, the first year SAIC students showed at ICFF, they created a gigantic installation called “collective_difference” that functioned as a loom and wove together printed tyvek to create bags that were manufactured on site for attendees. It was a hit. An invitation to Milan’s Design Week followed and SAIC has been a more consistent presence there than any other American design school.

The select group of undergraduate seniors and graduate students represented in Milan are part of an Industry Projects studio led by HM Nugent and professor Jim TerMeer. The collection is the interpretation of a singular theme. This year, the theme is “holes.” The student work ranges from more literal to conceptual, from functional object to more artistic. According to HM, “This class requires everyone to be an individual, and that’s the point. Because when you go to Milan and see products, you’re seeing a person’s name attached to it. That’s what you’re buying. You’re buying the Jasper Morrison chair, for example.”

In 2012, during SAIC’s show at Rossana Orlandi, HM recognized someone from Crate & Barrel and invited him over to see the work. He expressed surprise that the products were by students in Chicago—in the backyard of the retail giant’s headquarters. To the delight of HM, Crate & Barrel had just purchased several of the students products.  “Now, two years later,” she says, “we’ve worked very closely with them to figure out what kind of projects we could do together. We set up a two-year collaboration with them to do two collections.”

This fall, student work was in the CB2 catalogue and sold in stores with another line set to launch in February. Proceeds feed directly back into the Designed Objects program. Students not only get a great portfolio piece, but the knowledge of how a design goes from an idea to an actual product, learning the ins and outs of everything from marketing, photography and talking to the press. Other notable industry collaborations include a studio that Jim TerMeer leads in partnership with product manufacturer Kikkerland. Some products from that partnership will soon be on sale at Bed Bath & Beyond retailers. 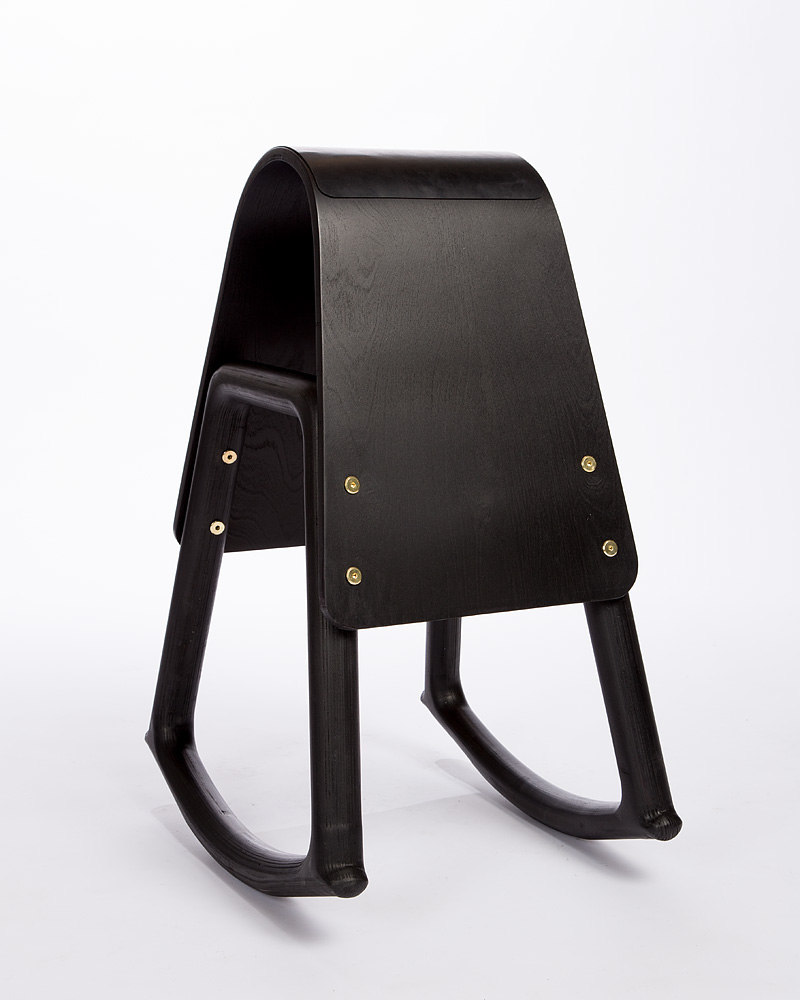 I visited Teague’s studio to see the stools that went to Milan. The sculptural form doesn’t share the conventions of a traditional seat, namely stability. It reminded me of a time, years ago, when Teague was a high-school architecture teacher and I visited his classroom at Roberto Clemente. He had somehow convinced CPS to purchase four stools by Konstantin Grcic for his students to use while drafting and making models. They were a striking infusion of orange, injection-molded design inside of a typical public school classroom.

Teague remembered. “All of my students were like, ‘What is that?’ You want me to sit on that?’ Nobody trusted it. It reminds me of this stool because there is a trust thing, this ‘let’s get to know each other, what’s going on here?’ before they jump on. I feel like I get a lot of the same questions when people approach it.” Unsure myself, I just leaned back. The feel of leaning on a stool that rocks took a second to get used to. Like one of those yoga balance balls, it is an active piece of furniture. It kept me on my toes.

Teague tells me, “Eventually, people realize you can trust it, it isn’t going to tip over. With other stools, you know how they work, they’ve got a seat and the back. This one, you’ve got to get to know a little bit.”

The crowds in Milan will get to know Teague and the other students from SAIC April 14-19. Their work can be found at saic.edu/whatnot.