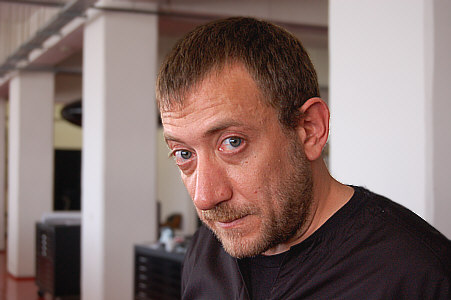 Khoury, born in Beirut, attended Rhode Island School of Design, then Harvard, before returning home following the conclusion of the Lebanese Civil War in 1993. His work engages with the scars left by this traumatic period, amplifying discontinuities in the urban grid and adapting damaged buildings. An experimental and interventionist focus coupled with a surfeit of temporary and unbuilt projects during his early career gained him a reputation as an architectural demagogue. His work through the turn of the millennium to today has become more accessible to large clients seeking unique projects, but his sense of rebellion is often lurking just beneath the surface of these more recent commissions. It is impossible not to draw parallels between the work of Khoury and that of Lebbeus Woods, that great scion of experimental architecture and representation. In many ways, we may see in Khoury the logical extension of a radical theoretical architecture to real, built scenarios, a place Woods never chose to go with his work.

Khoury is speaking at IIT’s Crown Hall on the topic of “Rethinking Metropolis,” a subject he is imminently prepared to address. The last of this spring’s series of lectures at IIT, this is an opportunity to see some exceptional architecture from one of the profession’s eminent practitioners in the peerless setting of Crown Hall. An opportunity not to be missed. (Nick Cecchi)