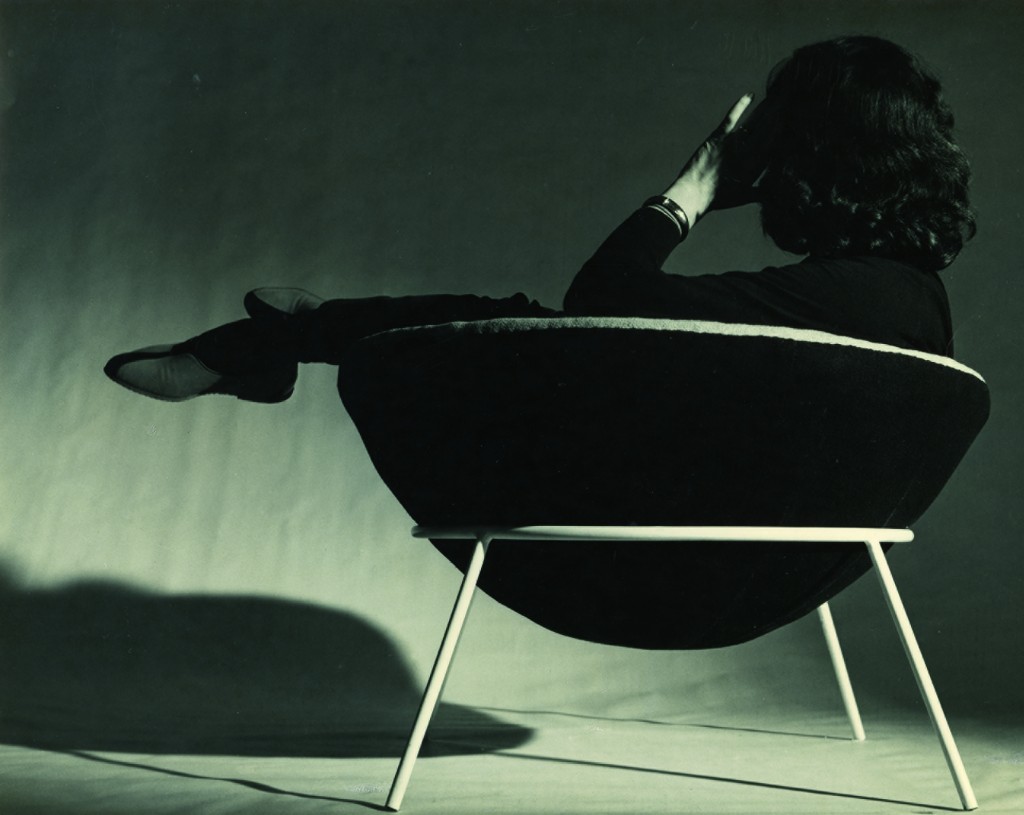 The work of Lina Bo Bardi, the midcentury modern Italian-Brazilian architect who passed away in 1992, is something of a paradox. Working across architecture, illustration, furniture and set design, and written criticism and editing, Bo Bardi’s oeuvre illustrates that modernist sensibilities need not be diametrically opposed to the quotidian use of space, as the work of her (adopted) countryman, Oscar Niemeyer, still seems to indicate.

Although cut from the same aesthetic cloth as the expressive but inaccessible beauty of Niemeyer’s Brasilia, Bo Bardi’s work in Sao Paulo and the northeastern Brazilian city, Salvador de Bahia, vibrates with all the energy of brawling and alive South American cities.

“Lina Bo Bardi: Together,” the latest exhibit from the Graham Foundation and the first Stateside display of this collection of work in tribute to her legacy, showcases what one imagines is the thrill of experiencing Bo Bardi’s work in person, by immersing the visitor in a proxy trip to Brazil through the perspective of Bo Bardi herself. 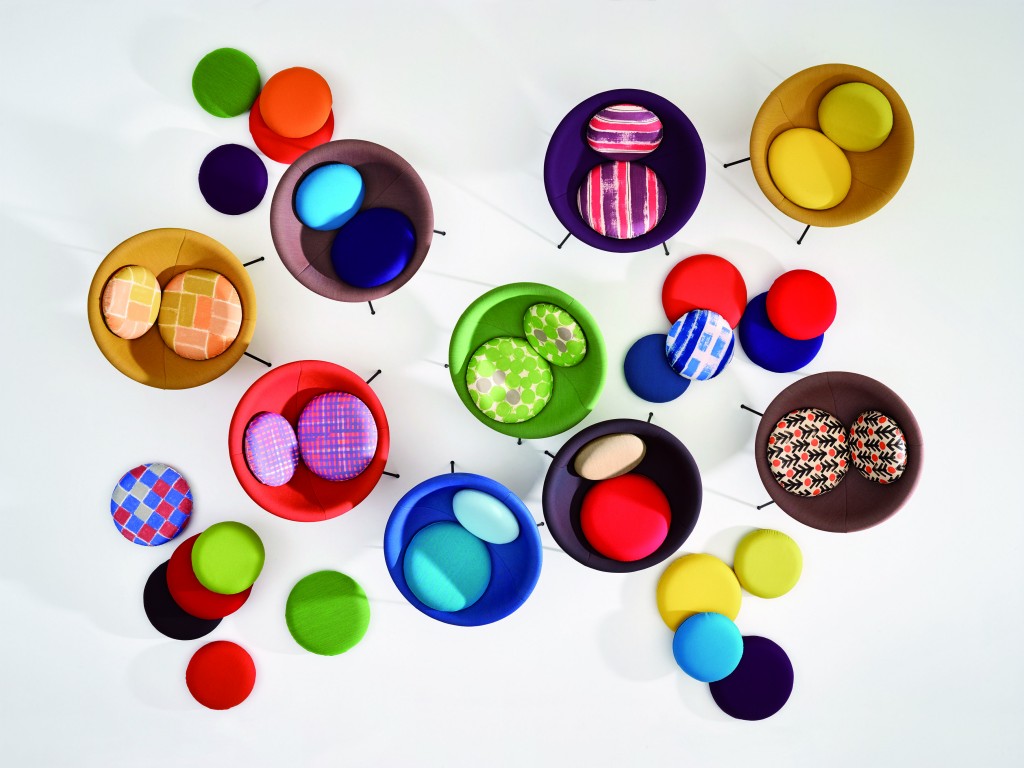 Playful displays of Brazilian folkloric items that Bo Bardi collected—the exu, a devilish totem of the Afro-Brazilian religion Candomble, representing balance between the material and spiritual worlds, recreated here by the artist Madelon Vriesendorp—are displayed throughout the exhibit. Vriesendorp’s paper-made “pointing hands” lead visitors through the first-floor gallery space, echoing Bo Bardi’s habit of drawing hands to highlight essential elements in her drawings. A collection of images of her most famous work, Sao Paulo’s Casa de Vidro (“The Glass House”), is accompanied by an installation of perhaps her most famous furniture design, 1951’s Bowl Chair, a stark, spherical, yet fully functional (and immensely comfortable) chair.

The second-floor gallery first focuses on Bo Bardi’s work in Salvador de Bahia; film loops by the London-based artist, architect and filmmaker Tapio Snellman are displayed—in coarse concrete cases devised and constructed from the aptly named London design firm, Assemble—next to two open boxes full of children’s crafts that vibrate with color. The crafts were created during a workshop conducted by Vriesendorp at Bo Bardi’s Solar do Unhao, Museum of Modern Art of Bahia. The jewel of the exhibit however is in the last gallery, where Snellman’s films of Sao Paulo, screened on disparate screens placed throughout the felt-curtained room, including on the ceiling, place the viewer inside all the sensory experiences of the city. 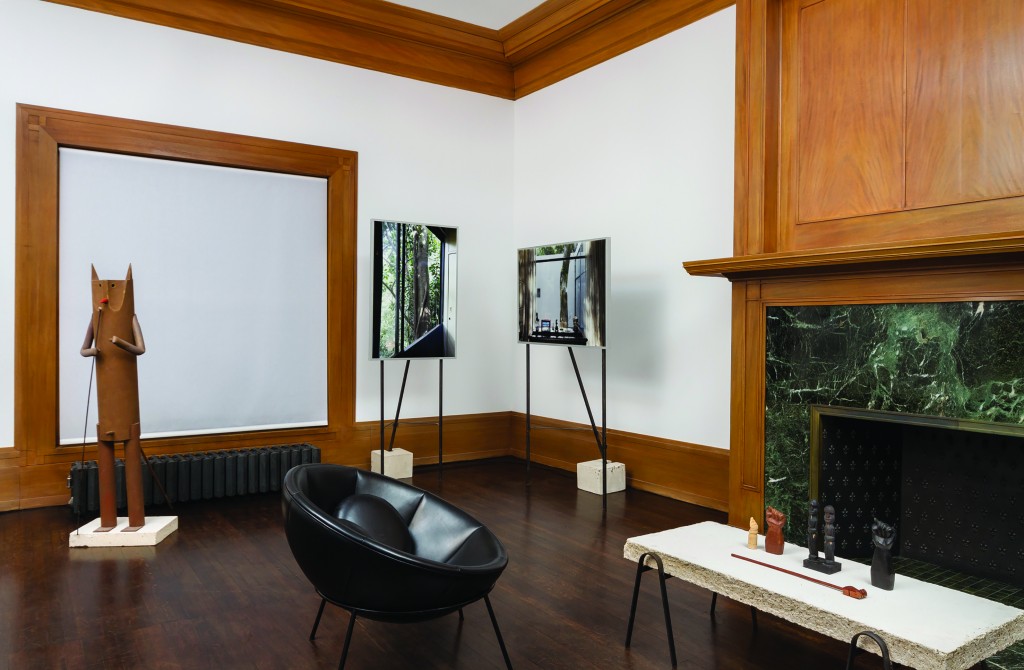 The sounds of the Sao Paulo streetscape swirl around, filling the room with the din of the city, as well-placed lights force the visitor’s shadow onto the film screens, in effect, placing one in the heart of the civic dance. It is a beautiful technique that pulls the viewer into the display and vividly demonstrates the power of Bo Bardi’s SESC Pompéia, a social civic center built out of an old factory and the star of Snellman’s films. The SESC Pompéia works to draw people in from the larger, chaotic city and find a sense of self and place, in the process softening its tough industrial slate exterior into an active, people-centric place of leisure.

Bo Bardi worked by observation. She traveled throughout Sao Paulo and Bahia looking at how people used the materiality of the city in everyday life. She believed in integrating the Brazilian point of view in her practice and approached modernism with respect to history and tradition, a contrast to the belief that modernist designs intended to do away with the past in order to encode new forms of belief and systems of living inherent through its forms.

The Graham exhibit is so successful because it represents Bo Bardi’s desire to respond to the patterns and folkways of the Brazilian people on a large scale—that is, to marry the incremental with the mass. The SESC Pompéia is the best example of this. Avoiding the original directive to demolish the old factory where the social center rests, Bo Bardi took stock of the numerous ways in which the factory was already informally in use and composed her design interventions to respond to that impulse. The massive concrete presence and cold angularity of the SESC Pompéia’s shell would almost certainly condemn it outside the standard realm of the current era of “placemaking,” often designed to occur at the minute scale (think “the parklet”). But it is here that Bo Bardi’s position that “A freedom aware of social responsibilities… can knock down the frontiers of aesthetics…” resonates so loudly. 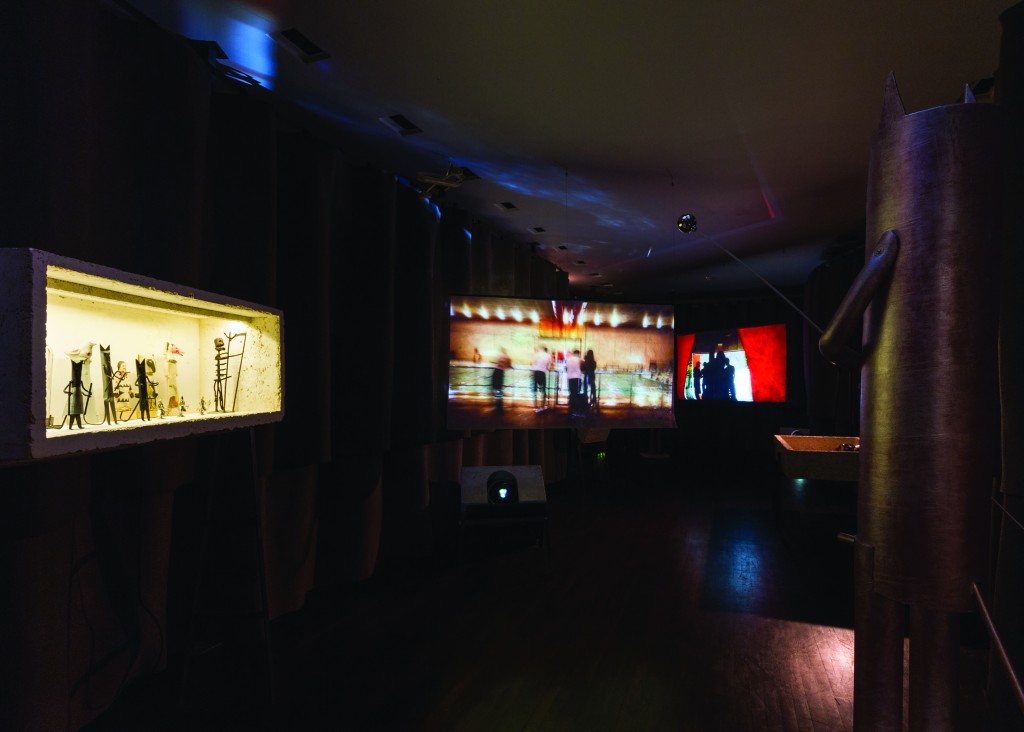 On a larger and, perhaps, political level, the exhibit questions how the activation of urban space is a delicate dance between placemaking and what the artist and activist Roberto Bedoya calls “placekeeping.”

Placemaking is a transformational act. Placekeeping is translational—it takes and builds off of what’s already there and recasts its worth in a new context. Only a true observer like Bo Bardi can accomplish such a task so seamlessly.