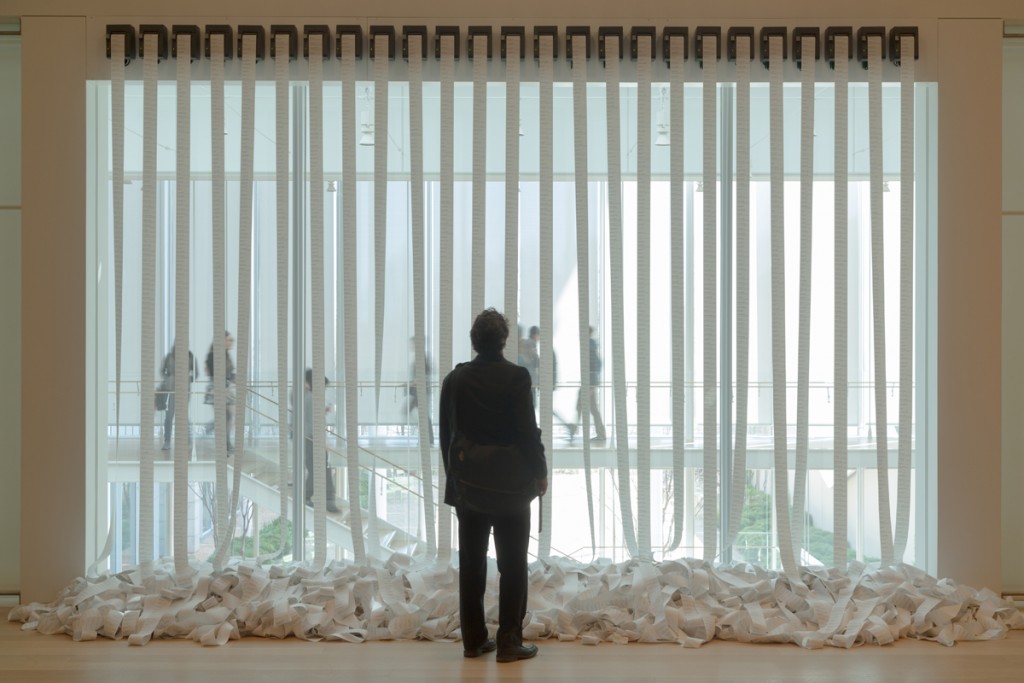 There is something slightly foreboding about capital-A architecture. The forces that create it—the archetypal genius designer working in solitude, the shadowy machinations of the means of production—remain silent and opaque. Buildings themselves tend to be stoic fixtures of the human experience, shaping it without much comment. They invite individuals to step inside with the indifferent, windmill gestures of revolving doors—except when they’re desperate, resorting to the shameless hawking of a circus sideshow with brightly colored banners and slick marketing slogans. Their shapes, expressions, massing and programs impact us to our bones, yet we have little understanding of how to push back against granite, stone, glass and steel. At least, this is one narrative. Another is that urban design is just one big lovefest: shiny, happy people holding plans. But it’s the first story that has gripped the profession with the too-firm touch of a doctor with a poor bedside manner. The diagnostician has identified the Problem with Architecture: “the public” just doesn’t “understand.” In response, “Chatter: Architecture Talks Back” offers not an antidote, but talk therapy.

“Chatter” recognizes that the various discourses about the built environment create a cacophony in the space where, as a design critic colleague of mine once put it, constructing and construing overlap—and that this energy is productive rather than problematic. This exhibition offers a rich tapestry of materials to act as springboards for conversation, meaning-making and interpretation. Beautifully produced videos by John Szot Studio diagnose underlying pathologies of the urban fabric. Large-scale drawings by Jimenez Lai depict the social transition from modernist, orthogonal design sensibilities to the self-referential, postmodern model. Fake Industries Architectural Agonism blends the Victorian-era peep show with modern-day Instagram exhibitionism. The Heroic Project by over,under pinkcomma engages the citizens of Boston in a conversation around the city’s well-known, oft-vilified Brutalist concrete structures. An interactive project encourages visitors to join the dialogue on Twitter by using certain hashtags that print from register tape in real time, cascading from the ceiling of the gallery. Generally, the work seems to project the possibility of communication about architecture that does not reduce the conversation to a sales pitch. 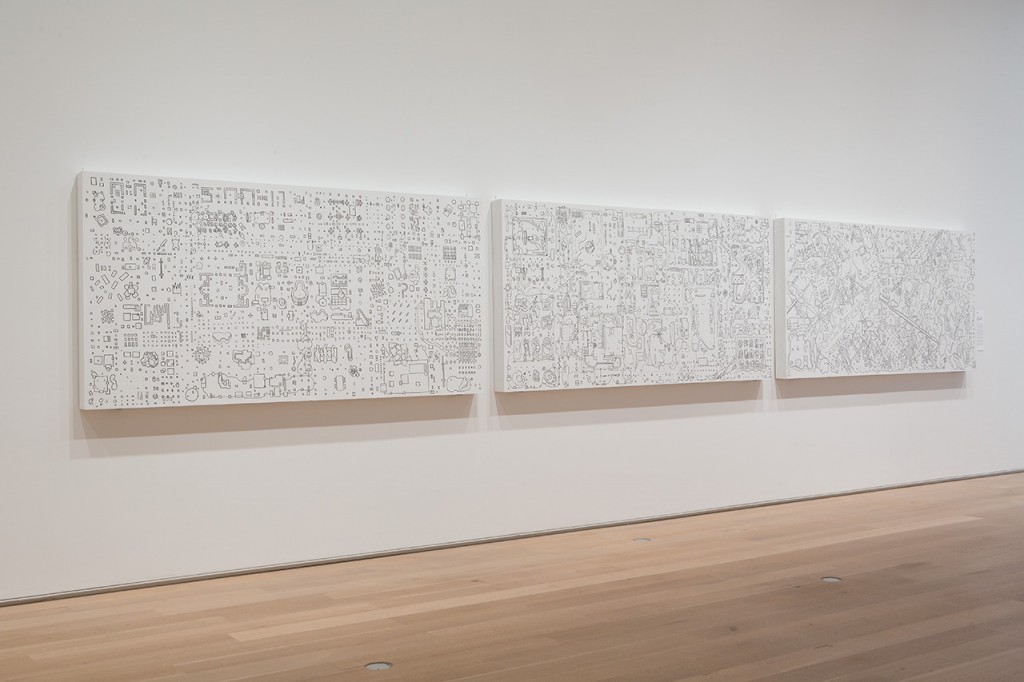 The show explores combinations of theory and praxis, history and future, and technology and manufacture to offer glimpses into communication around architecture. The very presentation of objects and projects in the show seems to perform the exhibition’s concept: no conversation is perfectly coherent, connections between ideas are not always clear, references to history might be oblique or reinterpreted, process and theory might inform production—or not. There is something pleasantly informal about it, like a chat with a friend whose interests you find charmingly eccentric.

There are a number of playful, provocative, and thought-provoking pieces in the show—particularly in the gallery curated by architect Iker Gil, where many of the cheekier projects seem to embrace the “talks back” part of the exhibition’s title. Backtalk as a mode of communication tends not to be thought of as productive; it’s a petulant, childish reaction rather than a reasoned, measured response. Yet here, backtalk takes the form of satire, parody and a few well-researched challenges, cracking the polished, heroic veneer of architecture as generally communicated to offer a counterpoint to the god’s-eye-view photograph of the glimmering tower populated by the perfectly diverse entourage of community members.

Yet since “Chatter” is about communication, and the medium is the message, as Marshall McLuhan said, then what happens when these conversations take place within the confines of modern art gallery walls? Is it still recognizable as architecture? Has the medium become art? How does that change the message? How does it define or delimit the conversation? One would likely be hard-pressed to find any example of a conversation that became more democratic, inclusive, or open by placing it within a space that is anathema—or even antagonistic—to many, as, unfortunately, art museums are. It is hard to determine what the exhibition’s position is on these questions, but perhaps that’s the point. Maybe the goal is simply to open up the space to ask them. Or possibly the viewer is invited to interpret “Chatter” as a combination of architectural mimesis and poiesis: an artistic representation of the real world melded with meaning-making that transforms and continues the real world. (Brook Rosini)

At the Art Institute of Chicago, 111 South Michigan, through July 12