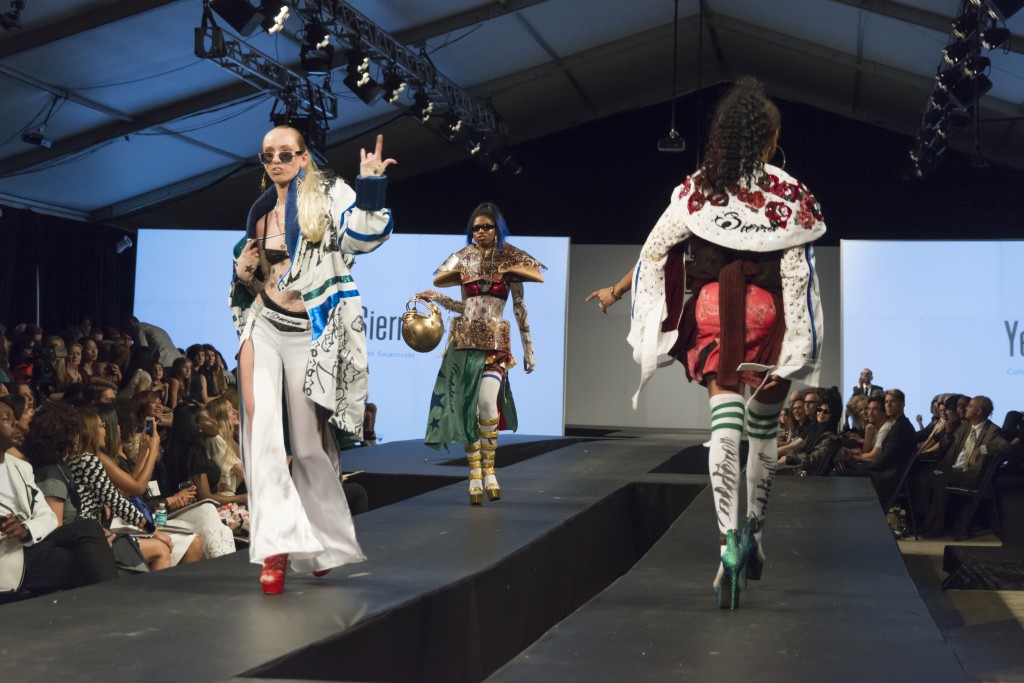 “The Walk,” The School of the Art Institute of Chicago’s (SAIC) annual student fashion show, takes place during the heart of the spring’s hectic schedule of thesis presentations and graduation festivities.

Although Chicago might be better known for producing comedians, candy and corrupt politicians, SAIC churns out some of the most innovative fashion designers in the world, and “The Walk” highlights their presence with an exhilarating multimedia runway show.

The collections are remarkably diverse in aesthetic and tone. Very few are subtle. Yenifer Sierra, a junior in the Fashion Design program, had her models stomp down the runway in flashy street wear while flashing gang signs and grimacing through their grills, their breasts bouncing beneath skimpy bikini tops. Their bedazzled American football pads were decorated with Mexican-American gang tattoos—one of many pairings reflecting her interest in Mexican-American culture. 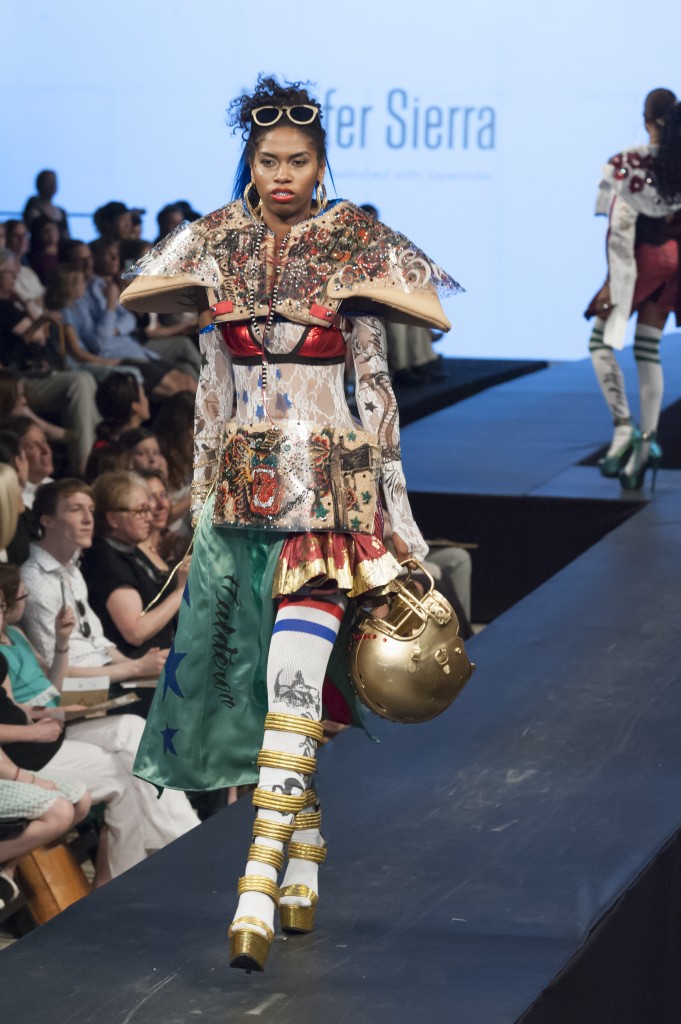 “I’m not Mexican enough for the Mexicans but I’m not American enough for the Americans,” Sierra said. “So I included a bunch of different elements from both cultures in this collection, but the most dominant are probably the references to Latino gangs and American football.

“I come from a football family. My brothers all played football, and they would tell me that when they put their gear on they feel like a different person,” Sierra continued. “No one can touch them [then]. And that’s kind of what I wanted to do with this collection. The clothes are very alpha. It’s about being proud of what you are, and in your face, and how strong Mexican-Americans are.” 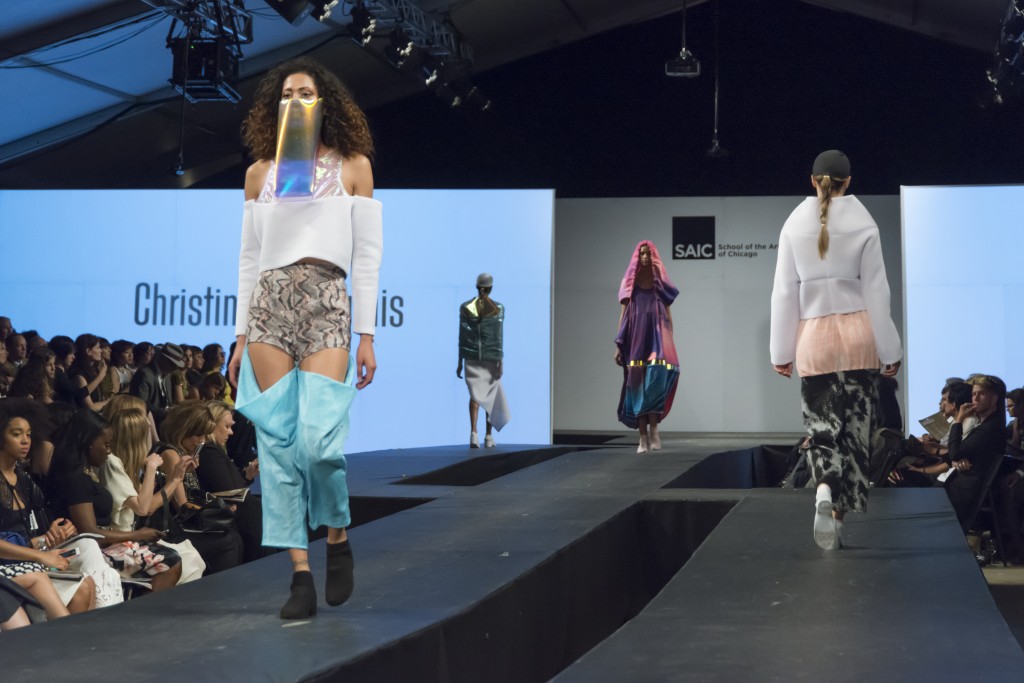 “The word ‘procrastination’ comes from this ancient Greek word, ‘akrasia,’ which translates to ‘doing something that you know is against your own best interest,’” Touloumis said.

“A lot of the great ancient Greek thinkers wrote about this phenomenon. ‘Why would you ever do something that you know is bad for you?’ That idea just kinda like stuck with me and that was the springboard for this collection.” 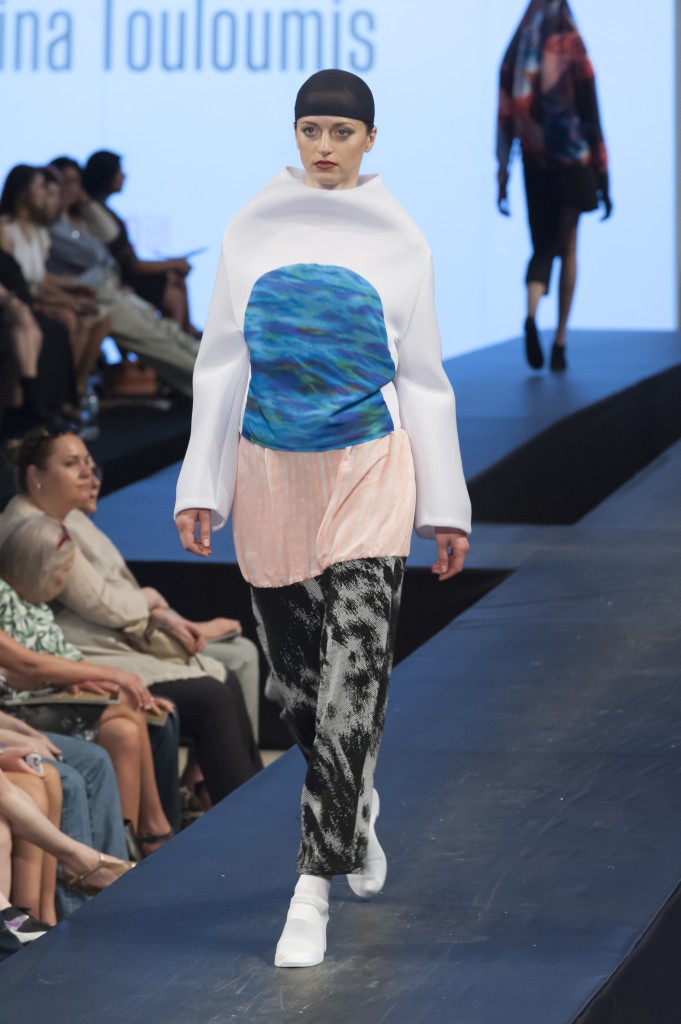 Touloumis elaborated on how she brought all the ideas that influenced her collection together. “Now we use technology to procrastinate,” she said. “We go online and fall down this black hole. I ended up getting the visual references for my clothes from glitch art I found on Tumblr while I was procrastinating. I think there’s some kind of dark humor in working so hard on something that’s about not working.”

The textures and shapes in Touloumis’ clothes playfully question the effects of procrastination, and even hint at how it can be used for inspiration as well. “I used images of clouds and water because of the phrase ‘having your head in the clouds,’” she said. “I wanted to explore and personify that space between daydream and nightmare—the procrastination, and then the hectic rush that eventually follows. You can either drown in three feet of water or swim in an ocean.” (Kelly Reaves)